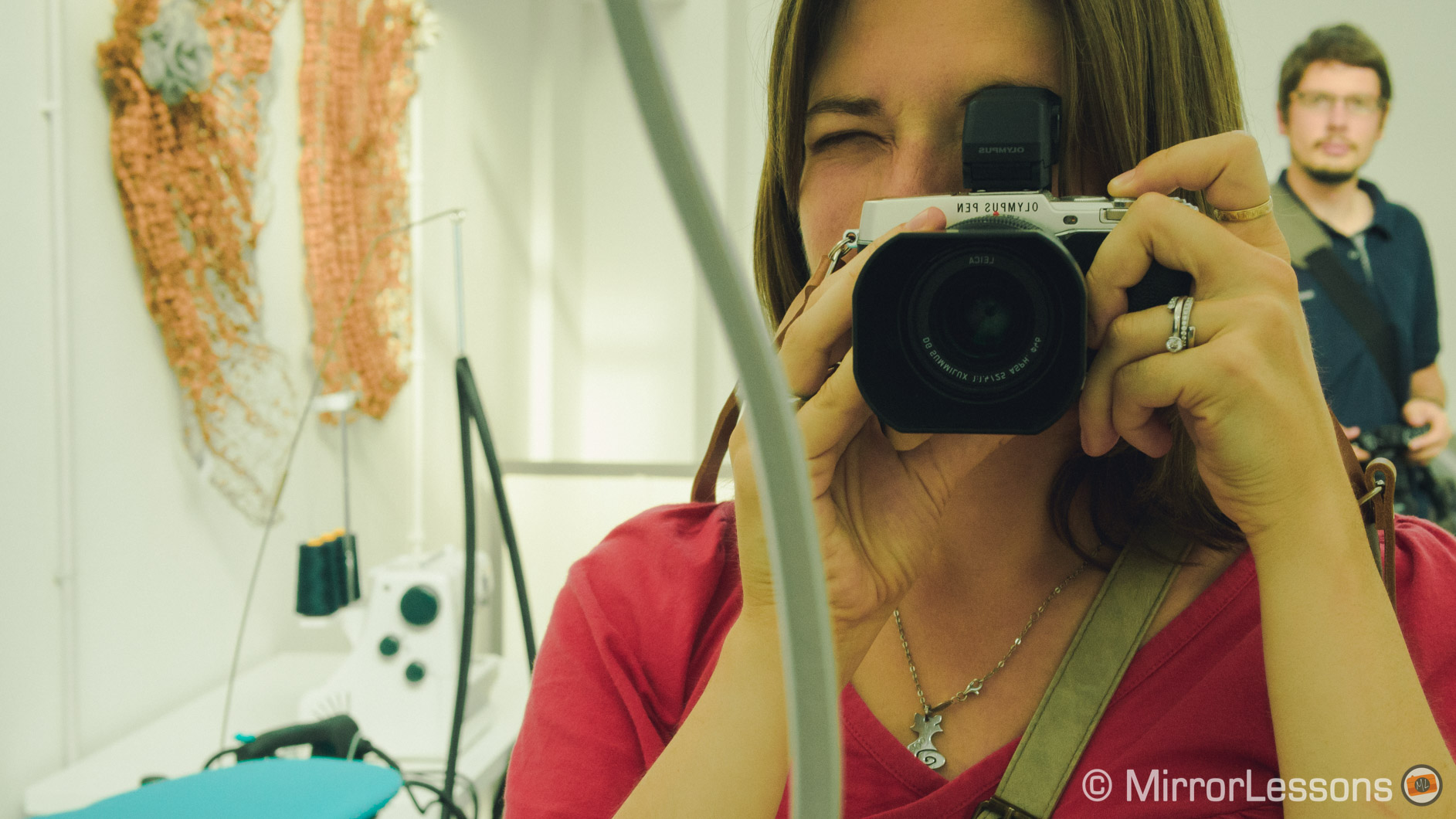 For the past few weeks, the lens that has been glued to our Pen E-P5, OM-D E-M1 and more recently, the brand new Lumix GH4 is the Panasonic Leica 25mm f/1.4. Released back in 2011, isn’t a new lens by any means but it has very quickly become one of our favourites for day-to-day photography.

The 25mm is a co-branded lens between Panasonic and Leica. It has taken the best from each brand: Leica’s high image standards with little distortion and chromatic aberration, and Panasonic’s Nano Surface Coating technology that reduces ghost and flare. The Ultra High Refractive index lens paired with the glass mold aspherical lenses produce uniformity from edge to edge. It also has a sturdy metal lens mount and seven aperture blades that form a circular aperture, resulting in a very pleasing bokeh.

Mathieu decided to invest in the 25mm f/1.4 for its fast aperture and relatively compact build. In his kit, it mainly serves as a reportage lens to capture people and details.

I’ll be sincere: the standard 50mm equivalent is not my favourite focal length for the simple reason that I prefer macro and landscapes. However, having limited myself to this focal length for so long, I have come to see its merits for any type of photography that places people at the centre of attention, be it street, reportage, wedding or documentary.

An example that comes to mind is the documentary photography I do for parents of the children I teach. The lens has allowed me to capture some beautiful single and group portraits of the kids with a shallow depth of field and excellent detail. I cannot post the shots here for obvious reasons but I can say with confidence that the 25mm is now my lens of choice for this kind of photography.

As with most Micro Four Thirds primes, the results are very sharp even at f/1.4. Below are a couple of examples of some images I took at this fast aperture while visiting the zoo with my class. You can enlarge the photos and zoom in onto the eyes of the animals to see what I mean.

The lens is also very quick to focus in all lighting conditions. The only thing that bothers me, and initially caused me to think the lens was malfunctioning, is the notorious “rattlesnake” noise that occurs when the lens changes apertures due to a change in light. It happens most frequently when you go from focussing on something very dark or light to the other extreme. It isn’t so loud that it distracts you from your picture taking and it does not affect image quality, but it may surprise you at first.

One of the aspects that will grab the attention of Micro Four Thirds users is the fast 1.4 aperture. Not only does it allow you to achieve a gorgoues bokeh for close-up shots and portraits but it also makes shooting in low light easier. During the Vanchiglia Night Festival a few weeks back, I was able to take quite a few good shots of the street performers as the fast aperture allowed me to keep my ISO down to 1600 and my shutter speed at around 1/10-1/50.

However, keep in mind that when the aperture is set to 1.4 or 1.6, you may see some vignetting in the corners of your images. Of course, a minor crop can easily remedy the situation. Vignetting becomes non-existent once you stop down to f/3.5. As for chromatic aberration, it is barely noticeable.

Since purple lens flare is a pretty typical problem on MFT lenses, I wanted to take a few shots directly into the sun to see how the 25mm (with lens hood) performed. Overall the lens performed much as any other MFT lens might. The first shot below was taken with the setting sun shining directly through the branches of the trees, and as you can see, the purple rays are evident and somewhat distracting. It does not occur, however, if the sun is moving out of the frame as you can see in the second shot of the piazza.

As for the size, it is bigger than your average M.Zuiko prime such as the 12mm, 45mm or 17mm, but the solid build quality consisting of a chunky barrel, smooth manual focus ring, and solid plastic octaval lens hood make up for the loss in compactness. Though my Pen E-P5 is quite diminutive in size, the lens still looks like a natural fit. Something I would have liked to see and has only made a recent appearance on MFT lenses is weather-sealing, but since cheap rain sleeves (like ours from Op/Tech) are plentiful, it is not the end of the world. Built-in stabilisation would have also been a plus for Lumix users but is non-issue for those with an Olympus camera with internal stabilisation.

I am very pleased that the Panasonic Leica 25mm f/1.4 has entered our collection of lenses. Despite a few small drawbacks such as purple flare and the rattlesnake noise, it has the advantage of a sturdy and compact build, excellent overall image quality that lives up to the Leica name it bears, a pleasant bokeh, fast focussing and impressive sharpness.

A further comparison I would like to perform at some point is between the more recent M.Zuiko 25mm f/1.8 and this lens. Though we tried the M.Zuiko 25mm for a week when we initially tested the OM-D E-M10, we do not have any images that directly compare the two lenses. It’s a mission for the future, I believe! 🙂