You are here: Home / Photokina 2014 / The Lumix CM1 Smartphone – The first true fusion of camera and smartphone? 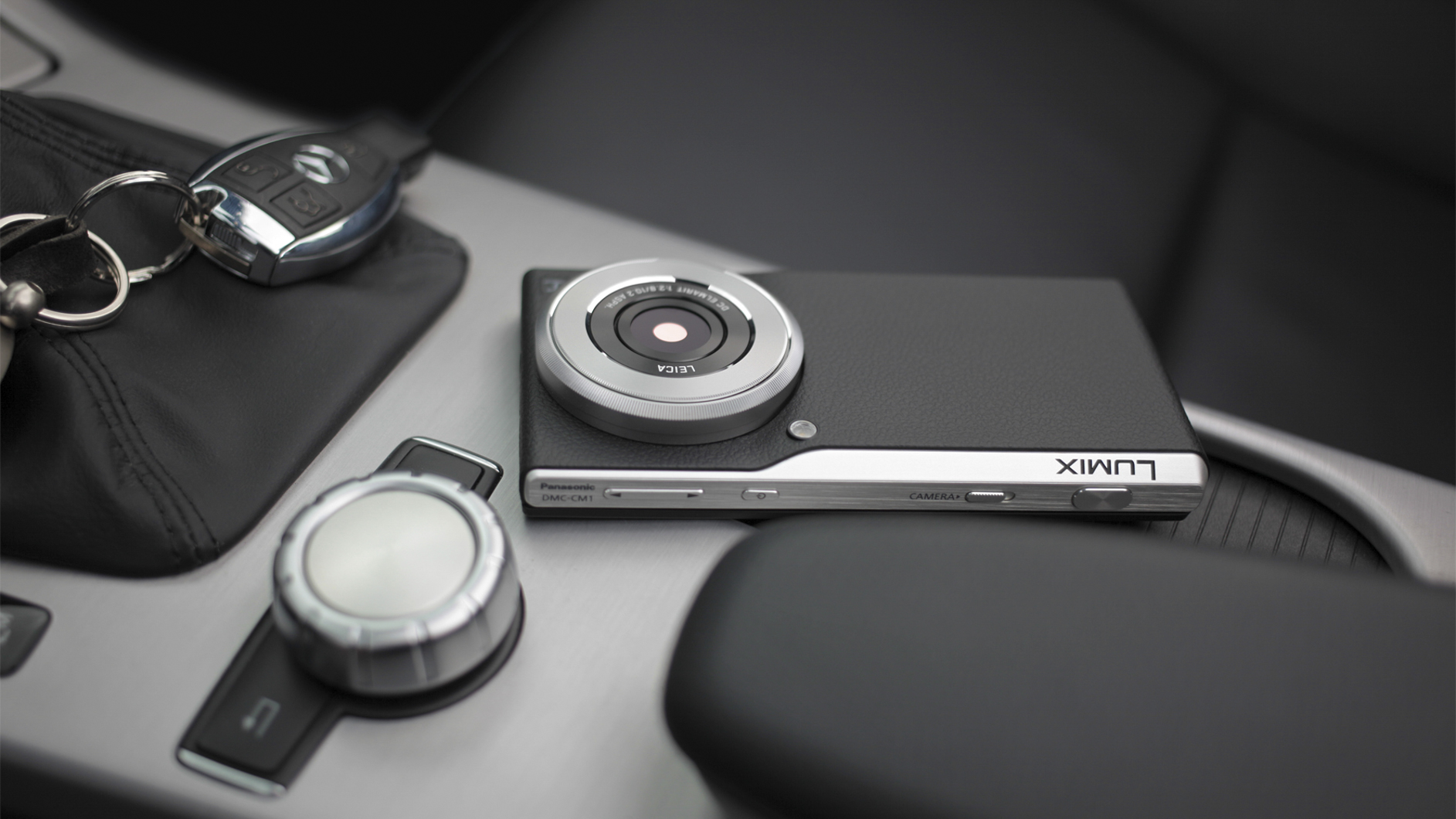 Earlier on today, we posted a news article about Panasonic’s recent mirrorless announcements, but we purposely omitted perhaps the most curious and innovative announcement of them all, the Lumix CM1 Smartphone, as we felt it deserved its own post.

What makes the CM1 Smartphone such an intriguing product?

Up until now, we’ve seen many smartphones trying to be cameras and vice versa, but none of them have actually succeeded in being the perfect hybrid of both. The CM1, with its 20MP 1-inch sensor and 28mm (35mm equivalent) f/2.8 Leica DC Elmarit lens lens, appears to be just that–a premium compact in a smartphone’s clothing.

To give you an idea of the quality of the sensor, it is exactly the same size and has the same megapixel count as the Sony RX100 III. To have that kind of quality in what is essentially a smartphone is amazing, and what I’d consider a genuine step forward in technology.

When you want to switch between the camera and phone modes, all you have to do is slide a small button back and forth on the side of the device. To change the camera settings, simply turn to the manual lens ring on the front of the camera. From there, you can adjust aperture, ISO and shutter speed, just as you would on a normal camera.

If that weren’t enough, this amazing camera phone also shoots 4K video like its sibling the GH4. A feature like this will make the CM1 extremely popular with video bloggers in need of an easy and portable solution.

As for the phone-related features, we have pretty much everything you’d expect from a recent smartphone: a Android 4.4 KitKat operating system, 2GB of internal RAM, a 4.7 inch full-HD screen, a 2.3GHz quad-core Snapdragon processor, 16GB of internal memory and a microSD slot.

I will admit that I’ve been secretly hoping for a hybrid product like this for a long time, but I never imagined that Panasonic would be the first to pull it off, especially with Samsung being so keen on combining camera and smartphone technology. Sadly, for the time being, it will only be available in France and Germany, but we can be sure that it will arrive in other countries as well if initial sales are good. Let’s cross our fingers!