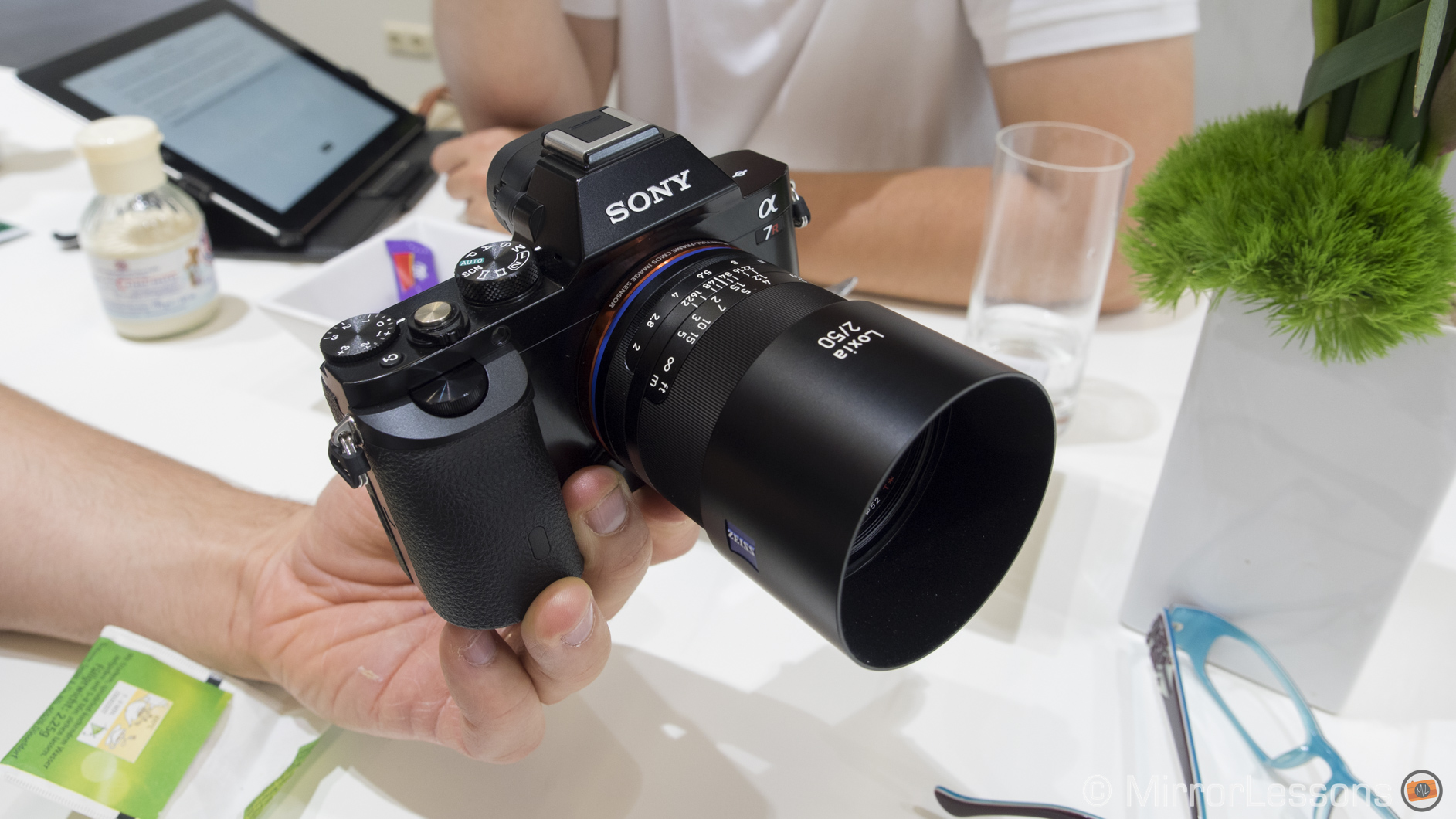 One of the most enjoyable moments spent at Photokina was at the Zeiss booth. After our interview with Mr. Christophe Casenave, product manager for all manual focus lenses, we had the opportunity to shoot with both Loxia lenses (35mm and 50mm) using a sample Sony A7r and our Sony A7s. We extend our thanks to Mr. Casenave for giving us this opportunity!

Zeiss lenses are known not only for their performance in terms of image quality but also for the build quality of their lenses. It is immediately apparent that the two Loxias, designed exclusively for Sony’s E-mount system, suit the Sony full-frame system perfectly. Mr. Casenave explained that he did not want the lenses to exceed the diameter of the A7/A7r/A7s mount. Indeed, they are small and compact, and at the same time they are light and the build quality is extremely nice. The focus ring turns smoothly and it is very precise to use. The lens also includes a hyper focal scale, which was specifically requested by many users. 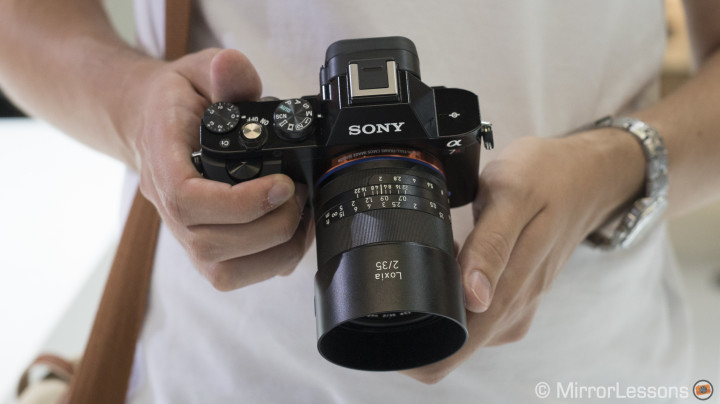 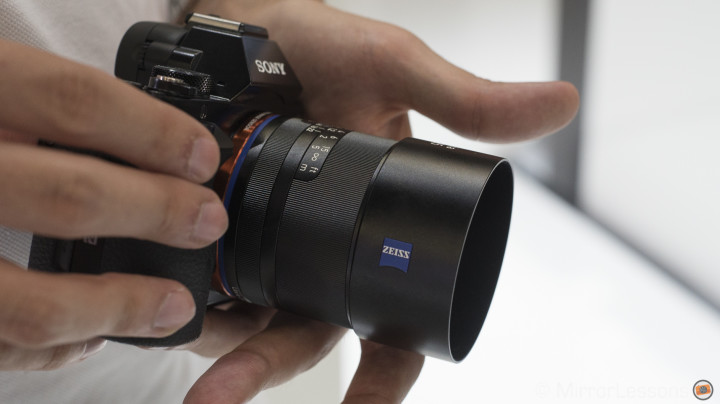 The aperture ring is also very smooth and has a singular feature. On the rear of the lens, there is a special screw that you can turn to activate or deactivate the de-click mechanism. This is a very clever solution that suits both photographers and filmmakers. The latter prefers to use the lens without the click-stop to be able to change the aperture by very small increments. Zeiss provides a dedicated tool with the lens, which is also available separately for $28 (you get five copies in the kit), but the screw can also be turned with a regular screwdriver.

Both lenses have a metal hood that is neither too big nor too invasive, keeping the lens relatively compact. The lenses also include electronic contacts to send exif data to the camera, and peaking and focus magnification can be used with the lens. 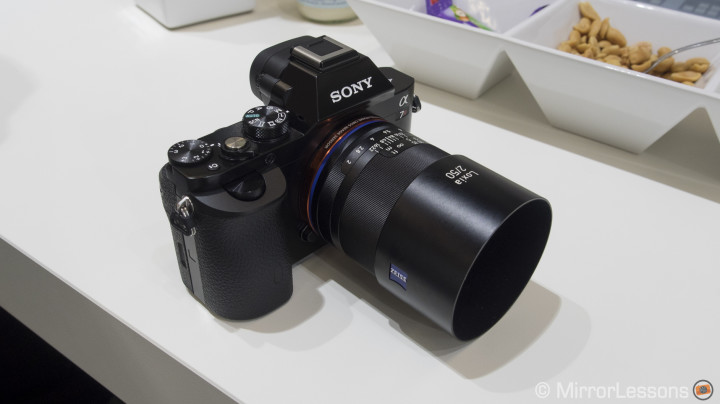 Mr. Casenave explained to us that the two Loxia lenses are very different from Sony/Zeiss autofocus lenses for the FE system. Also the 50mm f/2 for example is less sharp than the 55mm f/1.8 FE but its performance is better in terms of chromatic aberration and distortion.

So as not to alarm anyone, “less sharp” still means this kind of result:

I didn’t make a direct comparison with the 55mm, but we should be receiving a sample of the Loxia lens to review very soon. At that point, I’ll take the time to compare the two lenses.

Below you can find four different galleries shot with the Loxia 35mm f/2 and 50mm f/2 with both the A7r and A7s. They are all JPGs exported from the RAW files without diminishing the resolution, so that the most curious can pixel-peep them.

When Zeiss made the announcement, I couldn’t help but wonder why they decided to release two focal lengths that already exist in Sony’s AF series (Mr. Casenave explains the reason in our interview). But after trying them today, I have to admit that my first impressions are really positive about the two lenses. The image quality they produce seems really exceptional on both the A7r and A7s. But most importantly, they perfectly suit Sony’s full frame mirrorless system because they are small and therefore enhance the portability of the system. 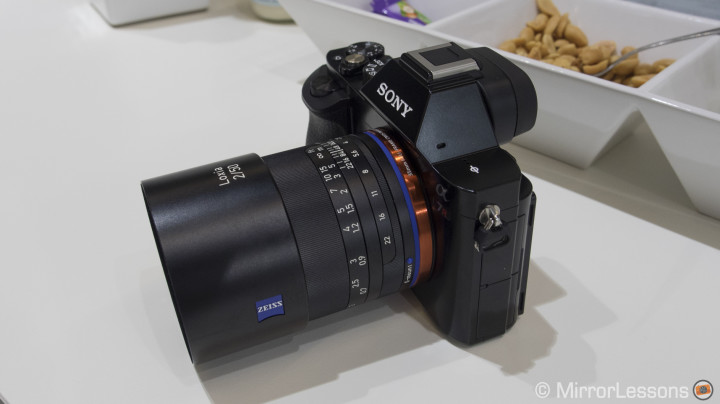