You are here: Home / Camera Reviews / Photokina 2014: Hands-On with the new Leica X and Leica X-E 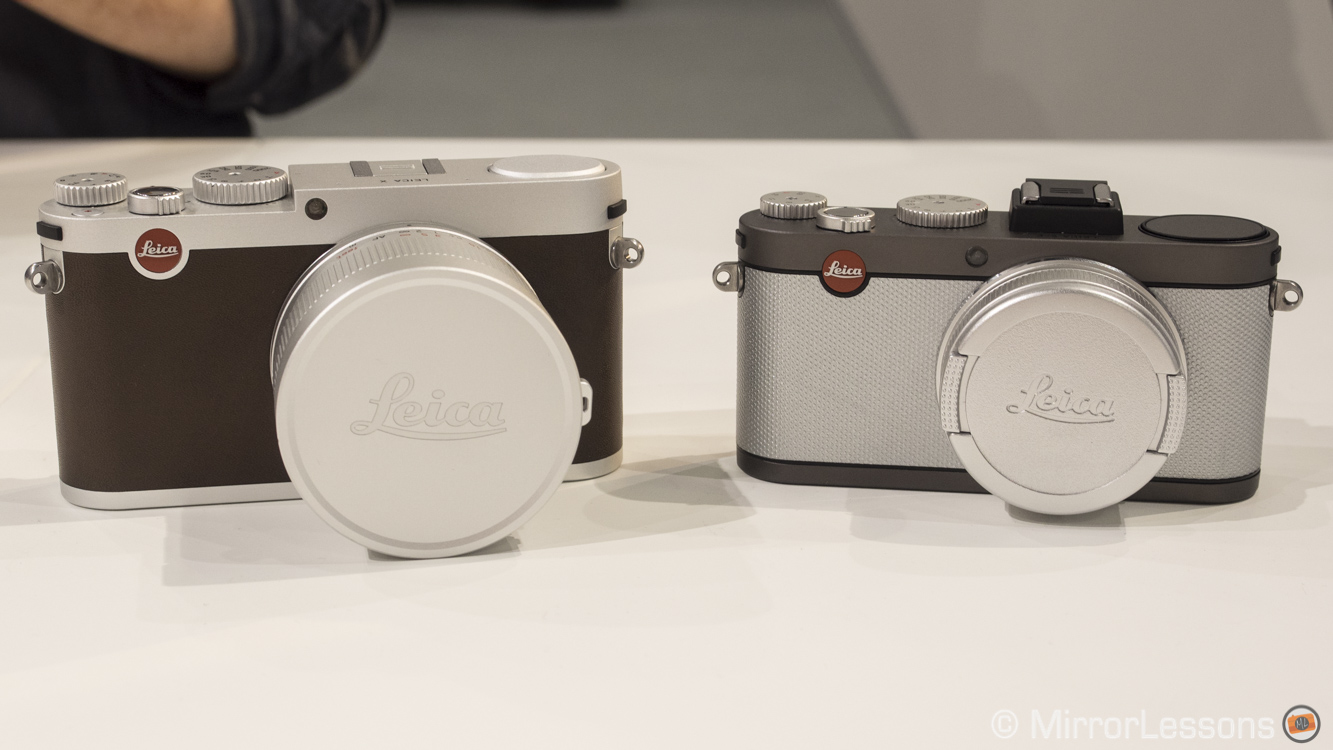 Amongst the new products announced by Leica at the Cologne event, there were also three new cameras in the compact and X range. We already talked about the new D-Lux (Panasonic LX100 clone), so now let’s have a look at the new X and X-E cameras.

The Leica X is an APS-C camera that has the same sensor as the Leica X2, Leica X-Vario and Leica T. The main difference is the lens. The X model has a new fixed focal length of 23mm (35mm equivalent on full frame) with a fast aperture of 1.7 (branded as Summilux) instead of the 24mm f/2.8 found on the X2. The lens also has a minimum focus distance of 20cm. The performance seems to be faithful to Leica quality. It is sharp at the fastest aperture and seems to deliver a nice and attractive out of focus area.

The camera has been designed to be as elegant and minimalistic as possible. It features an all-metal build and the front and rear body shells are made of magnesium. The top plate is machined from a single block of metal. On top you have a shutter speed dial and an aperture dial. Curiously, Leica decided not to include a proper aperture ring despite the lens being larger than the other X series lenses. It is comfortable and light to hold but as with the other X cameras, the X Typ 113 doesn’t have any sort of front or thumb grip. There is an optional landscape grip sold separately. 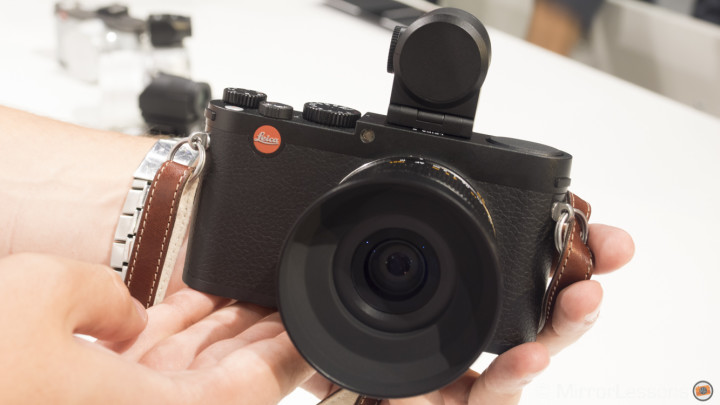 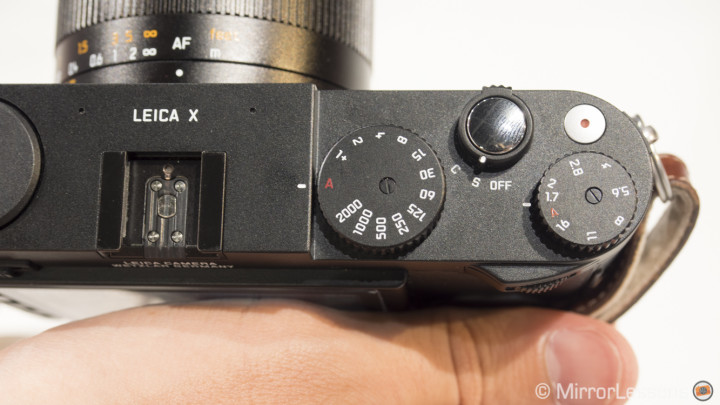 On the rear, you have a 3” LCD screen with 920k dots (better than the X2), a button layout on the left and a simple control pad on the right. The menu is intuitive and simple to navigate. The camera also features a built-in flash and an optional EVF that can be purchased separately (the same one compatible with the Leica T). 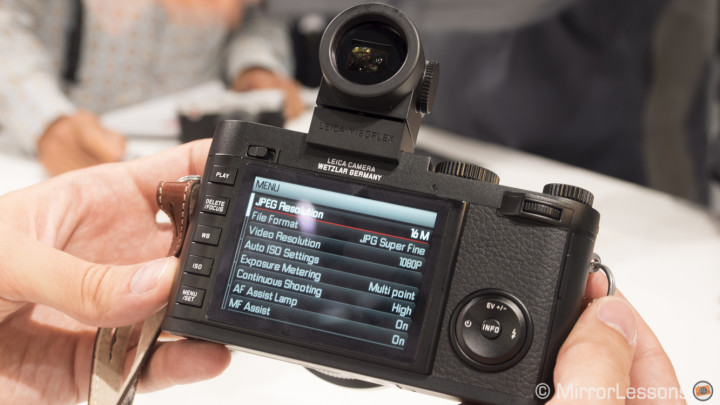 The APS-C 16mp CMOS sensor delivers very good performance overall just like the other models featuring it. The ISO range goes from 100 to 12500 but the maximum shutter speed is more limited in comparison to other APS-C cameras (only 1/2000s). The continuous shooting capabilities go from 3fps to 5 fps.

In our brief test at the Leica booth the autofocus did well in terms of speed and locking but looking at the pictures, it actually missed more than one shot even though I got the “AF lock” confirmation on camera, so it doesn’t seem 100% reliable. The AF system has 11 points only (contrast detection). There isn’t any built-in stabilisation system so at 1/40s you might already be out of the safe zone as you can see in some of the samples we took.

The Leixa X-E (Type 102): a smaller and more compact version of the X2

The Leica X-E is the smallest camera in the X family. It features the same Elmarit 24mm f/2.8 and the same APS-C sensor but in a smaller package. Below is a size comparison between the two cameras.

The X-E also has a full-metal body with the shutter and aperture dials on top. On the rear, the LCD screen is the same as the X2 which means it is smaller and with less resolution (2,7” and 230k dots). It is nice to use and you can also appreciate the compact size of the camera and its attractive design.

The autofocus performance seems to be the same as the Leica X. The 24mm lens is very compact and protrudes when the camera is turned on. With an equivalent focal length of 36mm, it offers the classic focal length reportage photographers like to use.

The new Leica X cameras make the family more complete now with different solutions in terms of size and lens specifications. And of course there is also the Leica T (check-out our hands-on about it) which is the recent APS-C interchangeable lens system released by Leica this year. The German brand also announced two new lenses for that system: the wide angle zoom 11-23mm f/3.5-4.5 and the telephoto zoom 55-135mm f/3.5-4.5.

According to Leica, the X series is one of their best sellers. They are simple and intuitive to use, the image quality is certainly there but we cannot avoid mentioning that in terms of features and overall performance, there is strong competition out there. Not only, but other products might have a far more appealing price.