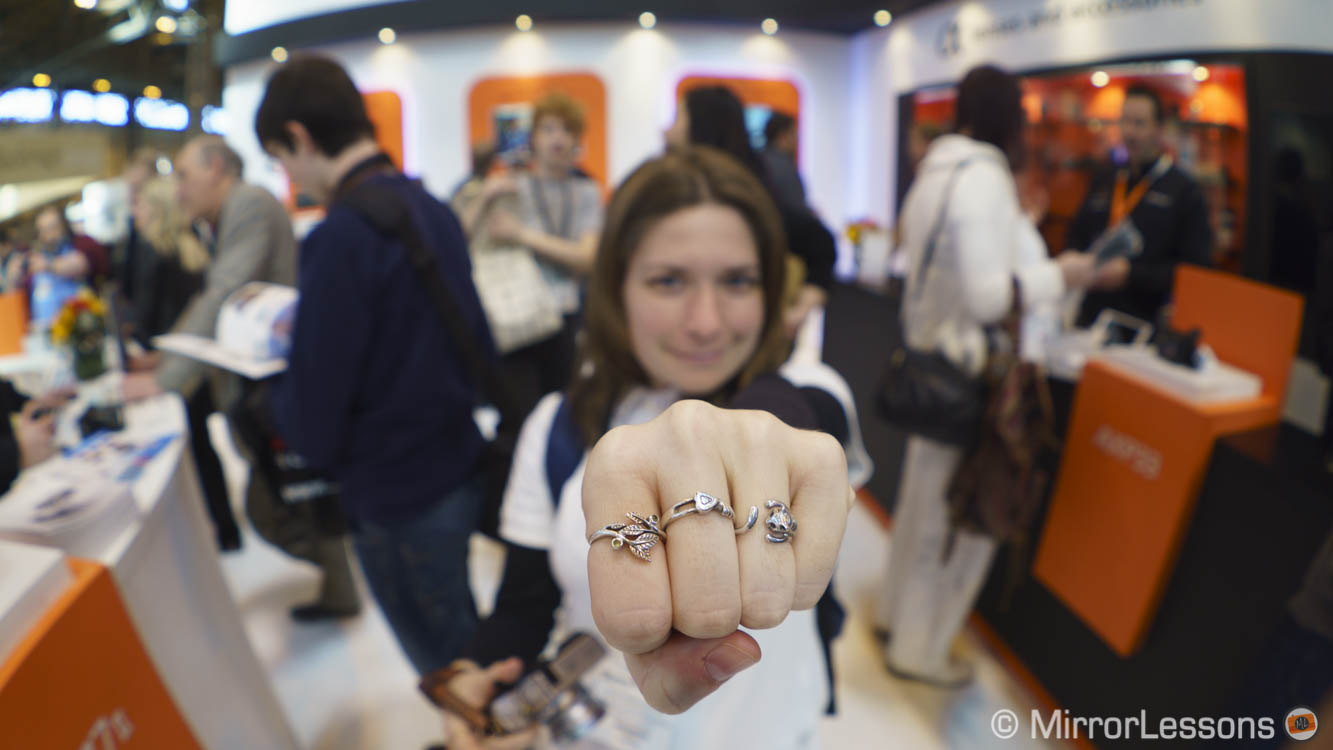 This year at The Photography Show in Birmingham there weren’t many new announcements but we did have the chance to try some of the latest gear. At the Sony booth, three of the four new FE lenses were available and luckily for us, they weren’t just pre-production models that we could see but not touch. Only the 90mm macro was missing. Of course, at this kind of a show, you have a limited amount of time to spend with the newest lenses as everyone wants to try them, and there is a small chance of being able to take some interesting pictures, so I will be brief and give you my first impressions. 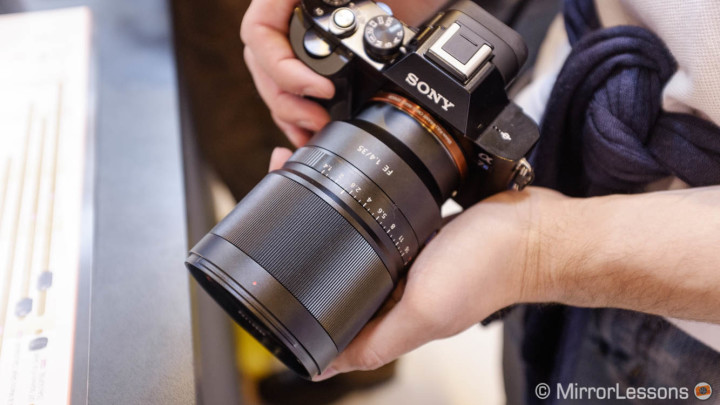 The first thing you’ll notice is naturally the lens size. We are not far from an equivalent DSLR lens but it doesn’t feel heavy. I found it comfortable to hold when paired with the A7s. With the A7 mark II the ergonomics should be even better. The aperture ring is nice and smooth to turn. The switch on the side activates and deactivates clicking on the ring which is optimal for video shooting. I really liked the focus ring as it is very large and smooth to use when manually focusing. It is a focus-by-wire ring but the construction is excellent.

As for the image quality, this 35mm seems to deliver excellent results, at least from the samples I took. It has a very interesting bokeh that seem to be faithful to Zeiss rendering. The lens is sharp at f/1.4 and separates the subject from a close background quite well. I noticed some slight CA at its fastest aperture as other reviewers have mentioned already. I hope to test it properly later on. Vignetting seems well-contained but I’ll reserve judgement until I test the lens in various real-world conditions.

Below you can see some pictures taken with the A7s.

This all-purpose lens is certainly heavy and its size is not insignificant but given the zoom coverage it provides on a full-frame sensor, I think Sony actually did a very good job at keeping it as compact as possible. The build is excellent and the zoom ring is comfortable to use. When fully extended, the lens is almost double its original length. Despite the non-constant aperture, the 24-240mm does seem to perform well. At 24mm I did notice some distortion but only for the Raw files when imported into my Lightroom catalog. The JPGs are absolutely fine so I guess it is just a question of software updates. Given its telephoto capabilities, this lens can be good for many things including portraits.

The 28mm is perhaps the most interesting lens out of the four that were recently announced because of the two converters that can be used with it. But let’s see the lens first. The 28mm has a very similar design to the 35mm f/2.8. It is compact and light with an all-metal surface. The focus ring provides the same kind of user experience as other focus-by-wire rings such as the 35mm f/2.8 and the 55mm f/1.8. It is sharp at f/2 and can render some interesting bokeh at that aperture if you focus close enough to a subject. Bokeh isn’t the main characteristic of such a lens but it can certainly inspire you to take some creative shots being a wide angle lens.

The first converter I tried was the 21mm equivalent. You simply mount the converter on the lens and it locks automatically if you rotate it by 90°. There is a dedicated button on the converter to release and unmount it as well. The converter is light and doesn’t add too much weight but of course it makes the 28mm bigger and longer. With this converter the fastest aperture becomes f/2.8. Distortion seems to be very well-controlled (here again I had to rely on the OOC JPGs) and I haven’t noticed any loss in sharpness. Again, take these judgements with a grain of salt because my testing time was quite limited.

The fisheye converter was probably the lens I enjoyed shooting with the most since it is fun to use at a booth like this. My impressions are the same as what they are for the first converter: good sharpness and the distortion you’d expect from a fisheye lens.

I am looking forward to testing all these lenses in real-world environments. My favourite for now is the 28mm as it could be a good companion for my 55mm f1.8 which is the only FE lens I own at the moment. I like the idea of the teleconverters and while I am not a fisheye shooter I would certainly consider the 21mm equivalent converter. The Zeiss 35mm 1.4 looks like a great performer but in total honesty I wouldn’t buy it for my personal use. I would rather go for the 35mm f/2.8 or even better the Loxia 2/35. I think that the f/1.4 version is for photographers who really need a lens capable of great performance at that aperture but it isn’t for everyone (also because of the price). As for the 24-240mm, I admit I rarely use all-purpose lenses as there is usually some compromise in terms image quality to get that great versatility. The A7 series can deliver stunning results with high performance lenses so this zoom lens might not represent the best of what Sony has to offer. That said, I am sure some people might appreciate the idea of carrying only one lens.

Which FE lens are you the most excited about?