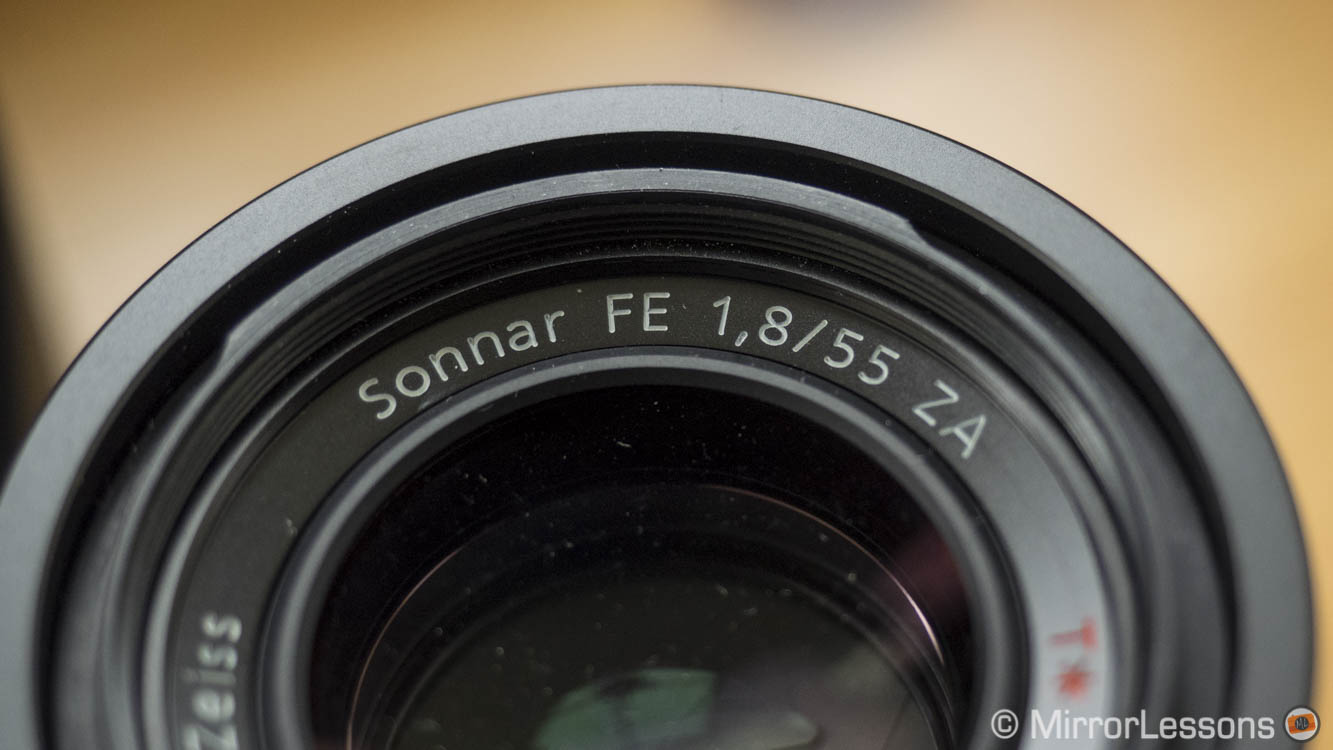 The Sony FE 55mm f/1.8 is the lens I’ve used the most with the A7 series yet I’d never published a dedicated article about it. As such, I thought it was about time I gave it some attention, especially since this lens is considered by many to be one of the best autofocus prime lenses ever designed.

So, is this lens just another fad or is it really all it’s cracked up to be?

When I first bought the original A7 in December 2013, I wasn’t planning to buy the lens. In general I prefer the 35mm focal length to the 50mm and those extra 5mm were even less attractive for the kind of photography I do. Of course at the time of the A7’s release, there weren’t many lenses to choose between. I bought the camera with the 28-70mm f/3.5-5.6 kit lens, and the 35mm and 55mm weren’t yet available in Italy (and in any case there were quite expensive).

Then a few months later, to my great surprise, a second-hand 55mm appeared in the window one of my favourite local shops. I immediately called the owner and asked him to set it aside for me. I had read some pretty enthusiast reviews about the lens by that point and I had the opportunity to buy it at a slightly less expensive price than the 35mm f/2.8. Perhaps my spontaneous decision was influenced by G.A.S. (Gear Acquisition Syndrome) but looking back now, it was one of the best purchases I ever made. Even after selling the A7 and buying the A7s, the 55mm continues to hold a place in my collection and is still the FE lens I use the most.

This is both a review and a tribute to one of my favourite prime lenses ever.

Build quality and ease of use

While not the smallest lens for the system, the 55mm’s size keeps the camera/lens combo compact. Carrying it around is easy and I can fit both into my Cosyspeed Camslinger 160 belt bag. The lens is light and very well-balanced on all A7 series bodies as well as other cameras like the a6000. The build is robust with an all-metal surface that is very pleasant to the touch. It is also dust and moisture resistant. The hood is made of plastic but is very solid. It does make the lens a little bit longer and with small bags you might need to reverse it. The lens doesn’t have buttons, a hyper-focal scale or an aperture ring. The focus ring is not mechanical but is rather a “focus by wire” ring. I admit that it is nice to use when manually focusing even though I rarely switch from autofocus.

Speaking of autofocus, I found the lens fast with most E-mount bodies such as the A7s, a6000 and A7 mark II. There might be some slight differences but it has more to do with the autofocus system of each camera than the lens itself. The autofocus motor is quiet but not completely silent. The lens doesn’t have optical stabilisation so with the exception of the A7 mark II, you will have to keep to a safe shutter speed (1/50s at the least) in many situations to avoid micro shakes, especially with the A7r. 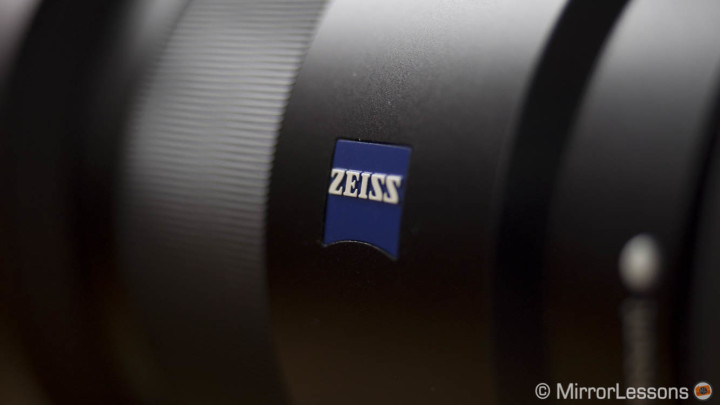 The complete name of the lens is Sonnar T* FE 55mm F1.8 ZA. The lens has been designed by Carl Zeiss (ZA refers to the German brand) and was produced by Sony. The name Sonnar refers to the type of lens design chosen by Zeiss: a simple lens design, lightweight, with a fast aperture. The T* refers to the Zeiss special coating to reduce flare and ghosting. FE refers to the full frame E-mount.

Through the lens: the 55mm focal length and image quality

I can’t say that I’ve tried every 50mm or similar focal length out there but I’ve had some experience with Nikon, Canon, Leica and Zeiss lenses. While from a technical point of view I can’t personally confirm that this is the best autofocus prime lens ever designed, I can tell you that it is one of the best primes I’ve ever owned. It is also the lens that made me reconsider the 55mm focal length.

One of the things that surprised me the most is how versatile 55mm can be. I used the lens for street, portraits and landscapes above all other things. I thought that the 55mm would be limiting at first by not being wide enough or long enough but it turned out I was wrong. Certainly there were times when a shorter focal length would have help but I learned to make the best out of it.

This kind of focal length wouldn’t be my primary choice for landscapes but I admit I achieved quite interesting results with it. The lens is stunning in terms of sharpness and micro contrasts both at the centre and in the corners. In the streets, the focal length can be limiting for wider shots but at the same time it helps you concentrate on specific elements rather than the entire location. It can be more difficult at times but certainly more entertaining.

I don’t consider myself a good street photographer and if I decide one day to become more serious about it, I might choose a shorter focal length. That said, the 55mm can still be an excellent lens for street photography. Its capacity to render great contrast and perfectly neutral colours can inspire you to use it often.

The lens works well for events in the streets as well. The best time I had with it was last summer in Edinburgh during the Fringe Festival (read the article here). I could easily switch between portraits and reportage shots. Thanks to the full-frame sensor and the fast 1.8 aperture, you can really control the depth of field. Even when I’m not focusing close, its capability to separate the subject from the background is enough to make the photo interesting.

For indoor shots, things get more difficult because there may be a severe lack of space. That’s really the only kind of situation where I missed a wider lens. You have to find the best position to be able to capture enough space to describe the room you are in. But then it gets easier to concentrate on details as well. Perhaps the only quibble I have with this lens is that its shortest focus distance is only 50cm and sometimes I wish I could get closer.

The lens works really well for portraits too. Taking head shots might be excessive because you will see some distortion in the face but for upper body portraits and ambient portraits, it is my favourite lens. The bokeh is also really nice: creamy and smooth. The lens is interesting for APS-C users as well since it becomes an equivalent of 82mm which is very close to the standard portrait focal length. At 1.8 the lens is sharp so you can use the fastest aperture without hesitation. I rarely found traces of vignetting. Chromatic aberration can be present however in some out-of-focus areas. I also love to use the lens in backlit scenes since the flare resistance is quite good. Depending on your position and the exact angle at which the light rays enter the lens, you can sometimes have a slight shrouded flare at the bottom of the frame. I personally find it interesting (you can get an idea by looking at the fourth photo below).

Using a camera with only one lens certainly forces you to appreciate the lens more. After all, it is either you make the best of it or you don’t use the camera at all. I even used the 55mm for video (you can watch it here). The reason I didn’t buy other lenses for the A7 and then the A7s is because I own a plethora of other cameras and lenses for my primary system (M43) and I don’t like having a duplicates that gives me the same results in terms of the angle of view. However I think that the 55mm paired with any of the Sony A7 cameras produces a fantastic combo and I wouldn’t renounce it even now. It was also very helpful for the last wedding I shot in Italy.

If the A7 series were my main system, I would of course invest in even more lenses. Perhaps the new 28mm f/2 or even the Loxia lenses if Zeiss expands the series in the future. I like the FE zoom lenses but I think the A7 series works best with prime lenses for now. The system remains compact, and you get better image quality and faster apertures. The only lens I could perhaps consider to replace the 55mm is the Loxia 2/50. The quality is basically the same and I really liked my time with the two Loxia lenses when I reviewed them in November last year. But there is no question that autofocus is a nice feature to have.