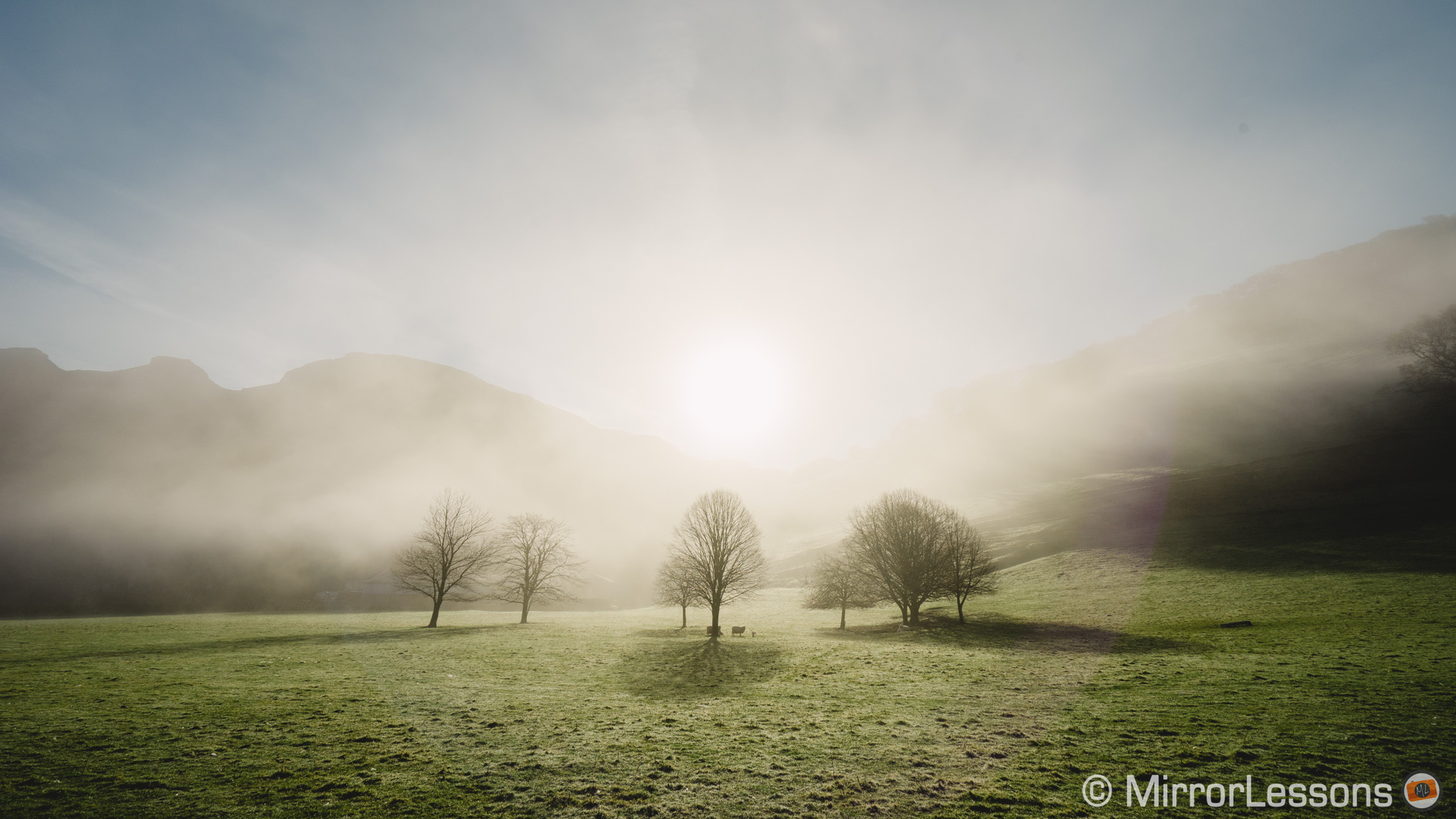 The weather forecast looked promising. Following nearly two weeks of persistent rain and wind, the skies had opened just in time for the Easter long weekend, beckoning work-weary holidaymakers from all corners of the UK to the coast of Wales to enjoy some sand and sun.

Mathieu and I love sand and sun just as much as the next person but it was the words “morning fog” that caught our eye yesterday evening as we checked the forecast. Since we had both the FE 16-35mm f/4 (on the Sony A7 II) and Zeiss Touit 12mm f/2.8 (on the Fujifilm X-T1) in for testing, we decided to get up nice and early to chase the fog and put these two wide angle lenses through their paces.

The first location we visited was Dolgoch Falls, an ancient woodland not unlike Nant Gwernol which we visited a few weeks ago, but the fog had already lifted with the earliest sun rays. Not letting this discourage us, we drove on to Abergynolwyn and then up into the tree-covered hills toward Castell y Bere. About halfway, we spotted a gate leading to a small farmstead. To our surprise, the entire area was still engulfed in heavy fog. With its mix of trees, brooks, hilltops and sheep, it was the perfect spot to start shooting.

At first, the fog dominated the terrain, gently obscuring anything a stone’s throw away from our position. This provided a good opportunity for some black and white photography. We kept an eye out for interestingly-shaped trees, tree stumps, broken branches and other objects that could function as a focal point for our images.

The fog’s dominance over the landscape didn’t last long however. Before we knew it, the sun’s rays had begun to cut through the mist, first lighting up the hilltops and then spreading across the soft mossy canopy beneath our feet. We were amazed at how the mixture of sun and fog made the dew on the grass sparkle, giving it more the appearance of white frost than water. In fact, we were so mesmerised by the beauty that surrounded us that we failed to notice that only inches away lay a very deep and muddy patch of grass. To say that our hiking boots now need a good wash is an understatement!

Even after the fog had lifted from the farm, it continued to dwindle in patches in the Dysynni Valley. It sometimes took on the appearance of a cloud that had fallen from the sky and settled on the ground like a fluffy cotton blanket. We stopped a couple of times on our way home to capture these final fleeting moments, happy that we’d chosen to rise early and experience this ethereal time of day.

How did you spend your Easter? Let us know in the comments section below!