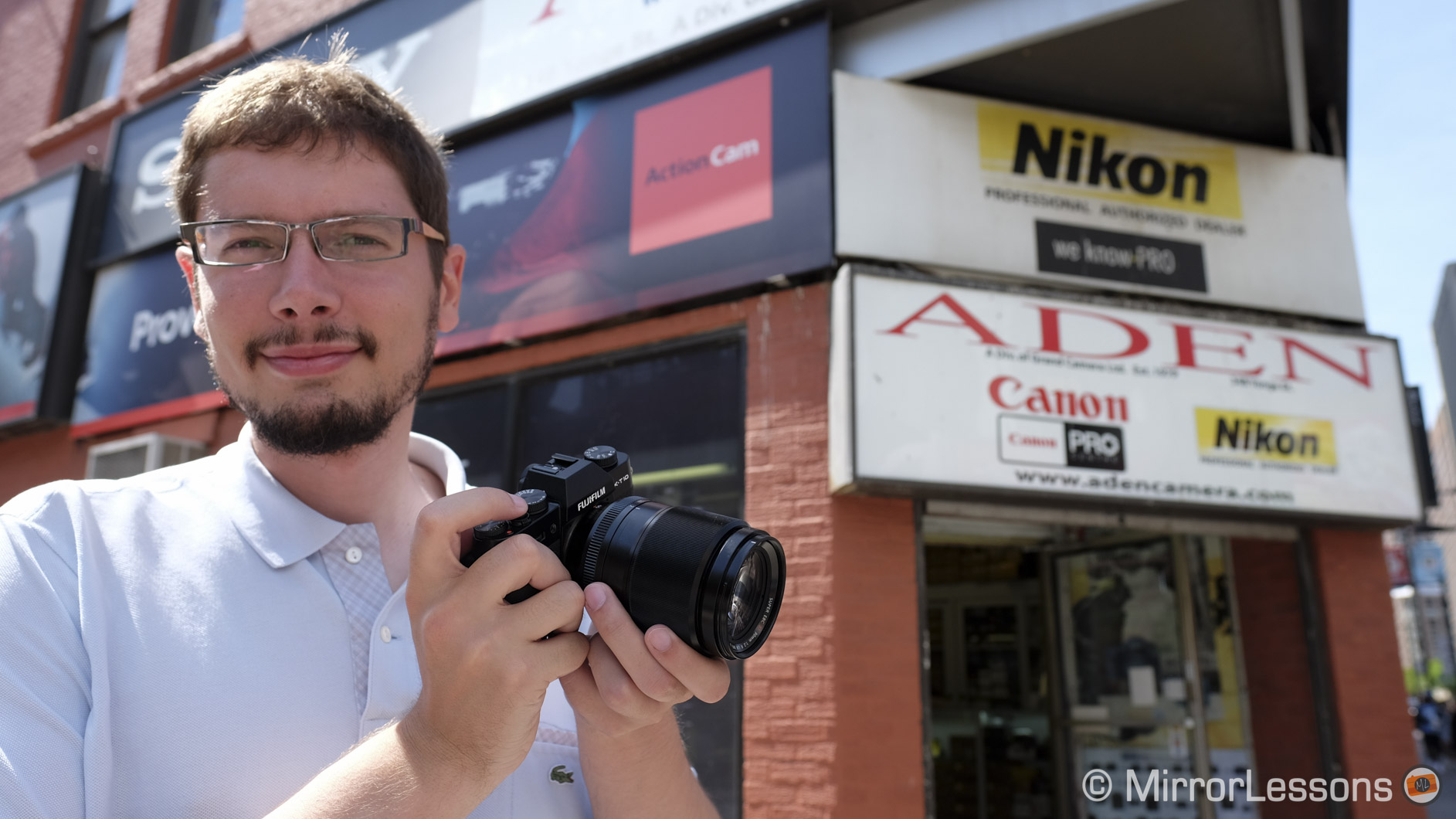 Those who have been following MirrorLessons from the beginning may recall an article we posted in 2013 about the Fuji X Series Club Italia, a Facebook group started by Marco Bozzato that has grown to over 5000 members since its inception. In the article, we spoke about how the group has transformed from a small handful of enthusiasts to a large group of friends who regularly meet up in various towns across Italy to shoot together, eat together and of course, and discuss Fujifilm cameras.

A world away in my hometown of Toronto, it just so happened that the article had piqued the interest of two Fuji-toting photographers. Donovan Bond of FujivsFuji and Othman Kammah saw no reason why they couldn’t bring the same tradition to Canada as well, and thus created FujiTuesday, a monthly evening photo walk where photographers who use or are interested in Fujifilm cameras can chat about photography and their favourite gear. Though Othman has since moved to the USA, Donovan carries on the tradition in Toronto and has even begun to expand it to other Canadian cities like Montreal.

This past Tuesday, Donovan organised a special edition of FujiTuesday in honour of our visit to Toronto. It began with a visit to Aden Camera where we had a quick hands-on with a pre-production version of the brand new XF 90mm f/2 courtesy of Jerry, one of the Fuji Guys, who was there to answer any questions participants had about their gear.

Though we weren’t allowed to take any full-resolution shots, we were told that we could post a couple of low-resolution JPGs, which you can see below.

The XF 90mm f/2 was actually smaller than we had imagined. (The prototype we saw at Photokina was much larger.) It balanced fairly well on the new X-T10 and wasn’t too heavy. At first we were taken aback by the slight rattling the lens produced, but Jerry put us all at ease, explaining that it was simply the sound of the quad linear focus motor. The lens has good close focussing capabilities (60cm) and from the few pictures we took, sharpness and bokeh seem to be excellent. The quad linear motor is also interesting for the autofocus – this lens could actually prove valid for some action photography as well. We will be able to say more when we can review a finished unit.

Following a quick bite to eat at Jack Astor’s, we then made our way to the start of the walk, which began at the Queen Park Station and travelled up through the University of Toronto campus, one of the most beautiful and historical areas of the city. It was here that we also received an X-T10 and 16mm f/1.4 to test, both of which we’ll be using for the next few days.

Once again, I was impressed by how well the 16mm balanced on the X-T10, whose body is not much bigger than an X30, albeit a little chunkier. It is the spitting image of the X-T1 with a few small exceptions which we’ll touch upon in our review later on next week.

The walk ended just before 8:00 p.m., at which point we all went our separate ways with the promise of meeting up again on Saturday for the official Fujifilm walk in the Distillery District of Toronto. Donovan told us that it was one of the first FujiTuesdays they’ve held where the weather hasn’t been 20 degrees below freezing or so hot that you spend more time looking for refreshments than actually shooting. Perhaps we brought the good weather over from Wales! 😉

If you are in the Toronto area and would like to meet up with like-minded Fujifilm photographers, I highly recommend taking part in one of Donovan’s FujiTuesday events. Sign-ups aren’t required – all you have to do is show up with your camera and you’re good to go.

FujiTuesday in association with Aden Camera and Fujifilm Canada will also be holding a special evening of photography at Ripley’s Aquarium of Canada on August 18th at 5:30 p.m. The entrance ticket usually costs $30 but by signing up for the event, you will receive the special price of $13.27. To reserve your spot, simply send an email to info@adencamera.com.