You are here: Home / Galleries / Fujifilm Gallery / Photographing The Retrievers in Concert at the Horseshoe Tavern 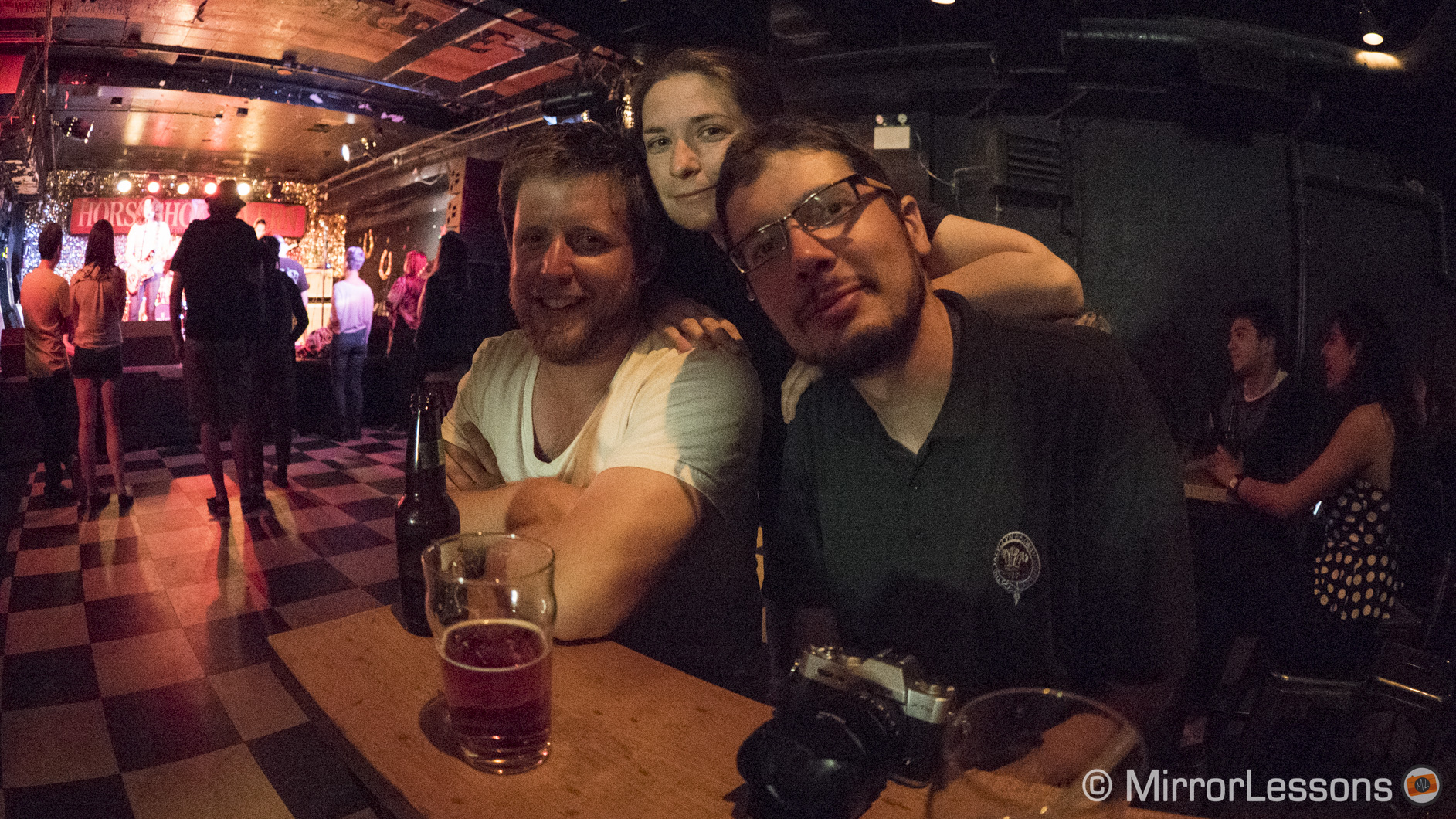 The Horseshoe Tavern, also known as The Horseshoe or simply The ‘Shoe to locals, is a legendary concert venue in the heart of Toronto where artists as illustrious as the Rolling Stones and the Police have played, and Canadian musicians such as Bryan Adams, Our Lady Peace and the Tragically Hip got their start. In business for over sixty years, it is a pillar in Canadian music history.

The group that headlined last week’s concert was none other than the Guelph-born four piece rock band, The Retrievers, of which my brother Nick is a member. Their style is an intermingling of rock, blues, reggae and funk, topped with thought-provoking and humorous lyrics that never cease to conjure a smile from the audience.

Having so many focal lengths gave us the flexibility we needed to capture the action on stage, from wide angle shots comprising the entire band to portrait shots showing the individual expressions of each band member.

As anyone who has attended a Horseshoe event will know, there isn’t much ambient light save the handful of coloured spotlights on stage. We often had to work with high ISOs (between 1600 and 6400) and slower shutter speeds (between 1/60 and 1/160), which was fine when the band members were fairly static but proved more problematic when they began jumping and dancing around the stage. In these cases, we had to get creative and try to use subject blur to create an interesting composition.

For the entire show, we cranked our lenses open to the widest apertures to let in as much light as possible. This is where the 1.8 aperture of the M.Zuiko 8mm fisheye and M.Zuiko 75mm and the 1.4 aperture of the XF 16mm really came in handy. Not only, but using the fastest apertures also allowed us to create some beautiful shallow depth of field. Mathieu was of course more limited with the 18-55mm kit lens but he still managed to get some great shots.

The new XF 16mm in particular proved a very interesting lens for concert photography. That specific focal length (24mm equivalent on the full frame format) is an excellent lens for capturing wide shots when working in a small location like this one. The lens produces excellent sharpness at f/1.4 and f/2 and that allowed him to keep his ISO values down as well.

Though we’d shot another concert a few months ago at an outdoor venue with the OM-D E-M1 and 35-100mm f/2.8, this was quite a different experience due to the extreme lack of light. Still, both cameras proved up to the task thanks to the good high ISO performance up to 6400 and the fast lenses we had for each system.

Below you can check out a small gallery featuring some of the best photos we took away from the concert. If you are interested in knowing more about The Retrievers, be sure check out their official website, listen to them on SoundCloud and follow them on Facebook and Twitter.