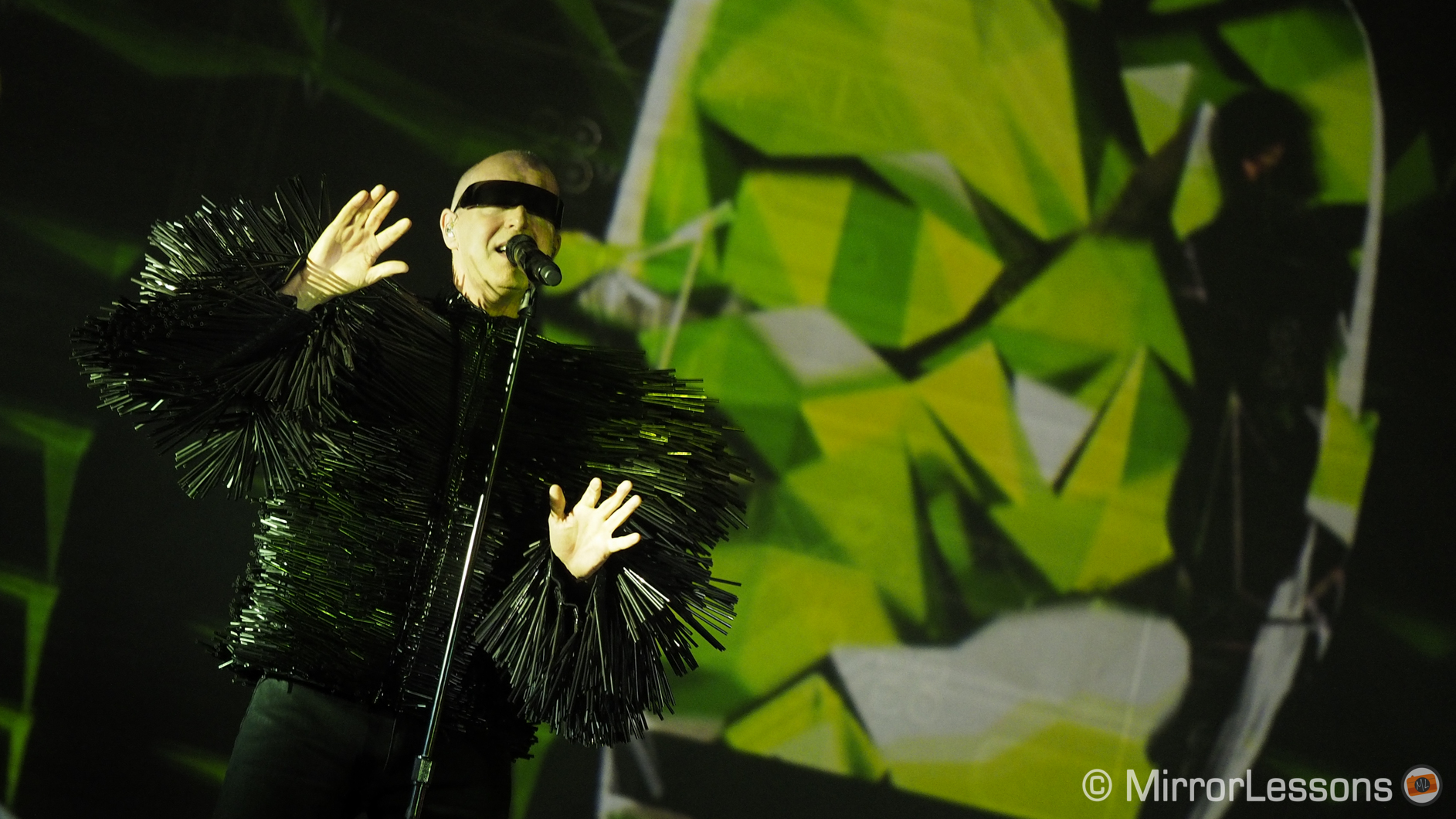 I’m not really what you would call an avid concert goer, but as soon as I heard that one of my favourite groups, the Pet Shop Boys, would be holding a free concert in Turin’s enormous Piazza San Carlo during the Traffic Festival, I couldn’t pass up the opportunity. I had seen them in concert over ten years ago with my mum in downtown Toronto, and while the experience was unforgettable, from where we were sitting, Neil and Chris appeared to be no more than two tiny moving specks off in the distance.

This time was different. Having arrived at the venue an hour early, Mathieu and I were able to sidle up to the front and position ourselves to take some photos with the Olympus OM-D E-M1, which I had brought along just in case. The weather wasn’t being overly cooperative, dousing us with downpours every half an hour or so, but the energy from the stage and crowds was enough to push the foul conditions far from our minds.

Paired with the E-M1 was the longest lens we own, the Lumix 35-100mm f/2.8. I could have rented a longer zoom but it wouldn’t have given me the bright constant aperture of the 35-100mm, which was necessary as night closed in very quickly due to the rain clouds, and the stage wasn’t very bright at times.

We set the Auto ISO limits of the E-M1 to 200-1600 to make sure that the files were relatively clean, and the shutter speed to a minimum of 1/50 to avoid blurring. The aperture naturally held fast at f/2.8 for most of the shots except for when the light became intense on stage.

The only mistake we made was not to bring a second memory card. In all honesty, I hadn’t expected to get so close to the stage, so I had figured that one memory card would be plenty. However, halfway through the concert, that ominous warning started to blink on the screen. At that point, we decided to immediately go through and delete the bad shots, and switch over to Fine JPG format. This allowed us to capture the rest of the concert, but at the expense of having flexible raw files to work with later on. In the end, it didn’t really matter as the JPGs from the OM-D are perfectly useable as long as you get the exposure and white balance right.

After this experience, I feel that concert photography is a genre I could really become passionate about. Capturing the perfect moment is often a challenge, especially when the lighting is so variable as in the case of this concert, but a fun exercise nonetheless. Now I just need to figure out when I can see them perform again! 😉

As a final note, I’d like to thank the Pet Shop Boys for choosing Turin as their only Italian tour date. It was such a pleasure to dance the night away to their amazing music!