You are here: Home / Galleries / The 150th Anniversary of the Talyllyn Railway – A Voigtlander Nokton 10.5mm f/0.95 Gallery 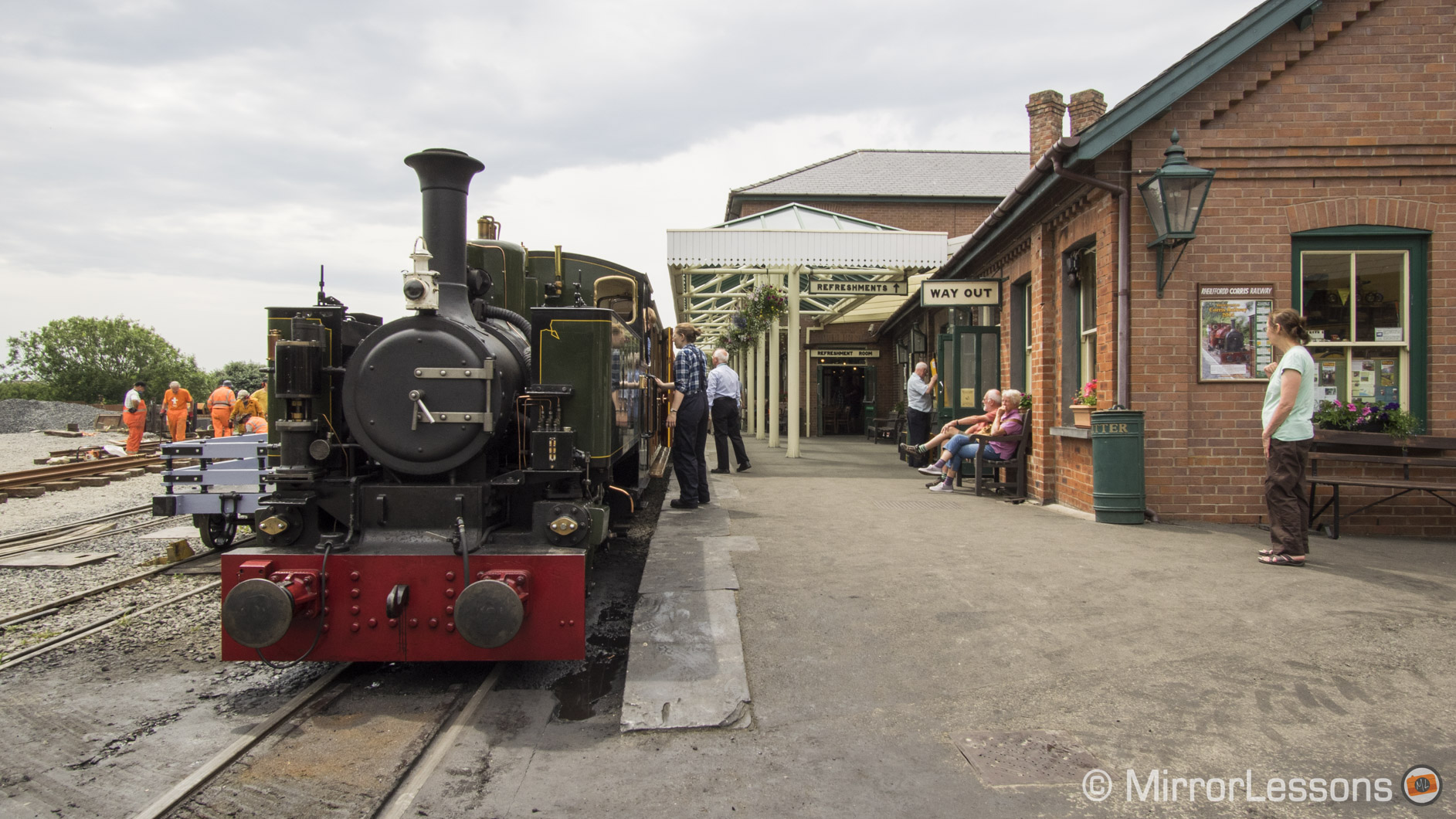 Narrow gauge railways are a large tourist attraction in North Wales, with the most famous being the Ffestiniog Railway, which used to transport slate from quarries of Blanau Ffestiniog to the seaside town of Porthmaddog.

Nearly as famous is the Talyllyn Railway, the line that used to run between Tywyn and the slate mines of Bryn Eglwys but now only takes passengers as far as Nant Gwerol, which we photographed a few months ago.

The miniature railway has many accolades to its name. Not only was it first narrow gauge railway in the UK authorised by Act of Parliament to carry passengers using steam haulage, but it was also the first to be preserved as a heritage railway by volunteers. It was even the source of inspiration for the Skarloey Railway in The Railway Series books, which in turn went on to inspire the Thomas the Tank Engine television series.

This weekend marks the 150th anniversary of the passing of the Talyllyn Railway Act on 5th July 1865. To celebrate the occasion, two beautiful guest locomotives, Russell and Prince, have been brought to the station for visitors to admire and photograph. Knowing that I’d be battling with dozens of other photographers during the weekend event, I scurried over to the railway on Wednesday and Thursday to take a few pre-celebration shots of these engines with the Olympus OM-D E-M1 and the brand new Voigtlander Nokton 10.5mm f/0.95.

Thanks to the kindness of the Talyllyn volunteers, I was allowed to cross the tracks to take some close-up shots of the two new engines. Since one of the defining characteristics of this lens is its extremely fast 0.95 aperture, I began by capturing some details, from rusty chains on the front of the engines to the bolts on the track. Just like its 0.95 siblings, the lens doesn’t demonstrate the greatest sharpness at this value but you can achieve some lovely shallow depth of field. Interestingly, you can also focus very close to your subject, which is a nice addition to such a wide lens.

Having an extreme wide angle like the 10.5mm (21mm equivalent) made it easy to take some interesting images of the track and the station, and allowed me to take some shots of the engines in their entirety. The fact that there were many straight lines in my photographs also brought out the slight barrel distortion produced by this lens. There is also some perspective distortion which is nothing out of the ordinary but worth keeping in mind when you are compositing your shot.

While Wednesday was quite wet and drizzly, Thursday proved the sunnier of the two days, allowing me to test out the lens flare. I didn’t find it very invasive, which was probably helped by the metal lens hood provided with the lens.

On the weekend, I’ll be heading back over to the Talyllyn Railway to document the festivities and continue to put the 10.5mm though its paces. Only five days remain with this wonderful lens, and I plan to make the most of them!

If you’re interested in knowing more, you can find a short hands-on video below where Mathieu introduces the new 10.5mm and its various features. As for the full written review, it will be online next week!

Is the Voigtlander Nokton 10.5mm f/0.95 a lens that interests you? Tell us why (or why not) in the comments section!

Many thanks to the UK Voigtlander distributor FlagHead Photographic Ltd. for providing us with a review sample of the 10.5mm f/0.95!