You are here: Home / In Depth / These Kings. These Subterraneans – Photography, words and music by Patrick La Roque 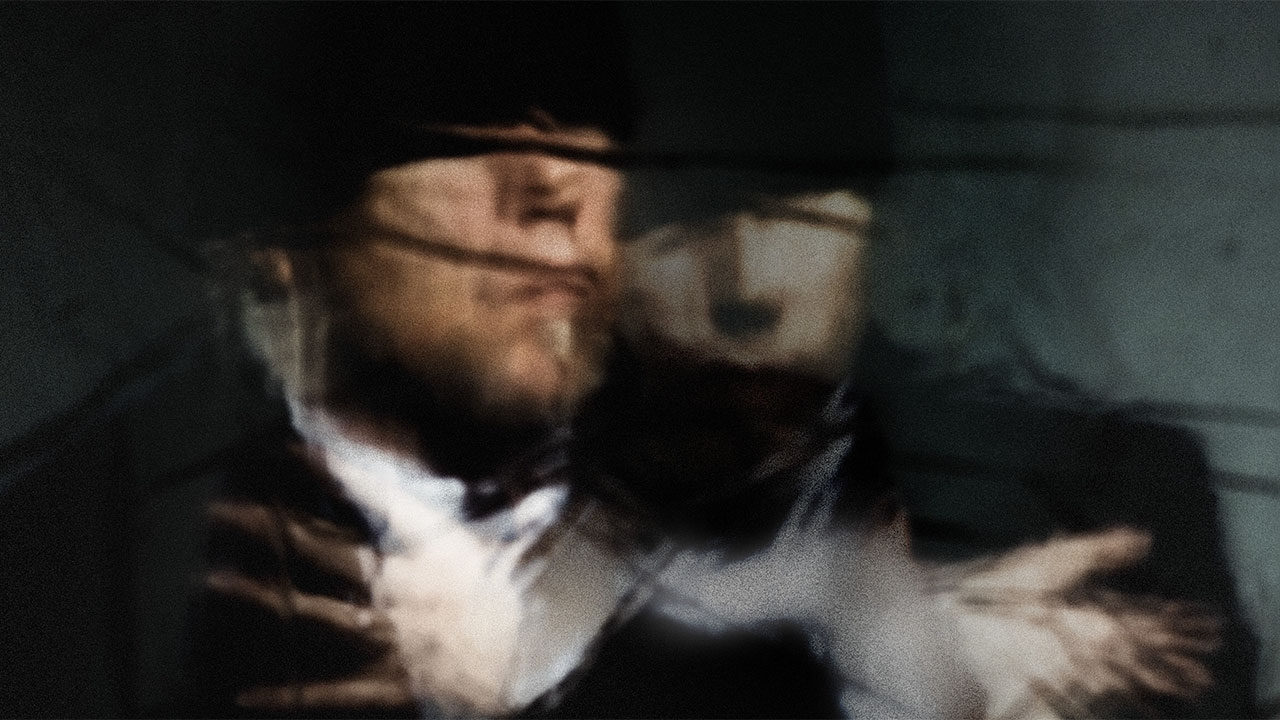 Last month, X-Photographer Patrick La Roque asked if we would like to review his latest artistic project “These Kings. These Subterraneans” as we had also reviewed his first e-book 1 Eye, Roaming back in 2013. Photography e-books are not one of the main topics we cover here at MirrorLessons but we never discard the chance to share something a little different. Plus, we have been following Patrick’s work with the Fujifilm X series since we created this website, so we were curious to see what his new project was about.

At first, I admit that I found it challenging to write about this project, since it is something very different from the projects and galleries we usually share on this website. Patrick made the process of analysis even more challenging by incorporating other forms of art beyond just photography – specifically illustrations, words and music.

While I have no problem sharing my two cents about a photography portfolio, I am not sure I have the right experience to analyse music or text. However, La Roque himself gave me a hint in the e-book’s introduction where he summarises his project as “impressions, not stories”. These words helped me shape this article, which is more a series of personal impressions than a formal review.

Note: if you want to find out more about Patrick La Roque and his work, you can read our Mirrorless on the Job interview with him. 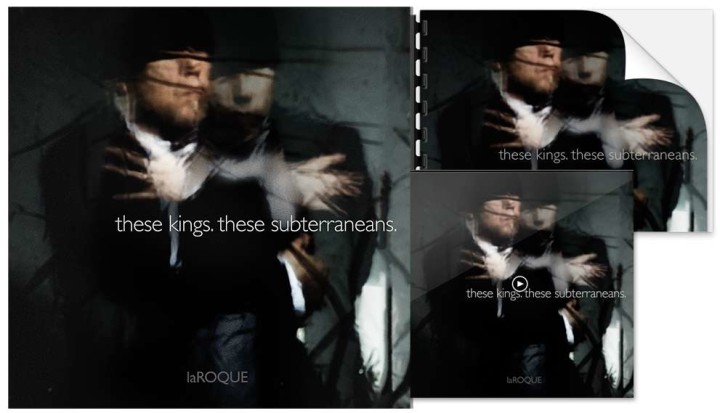 So first of all, what is “These Kings. These Subterraneans” about?

“These Kings. These Subterraneans” is a mixed media project comprising an e-book and musical album. The e-book is composed of 8 different chapters in addition to a prologue and an introduction. For each chapter there is a song, the song lyrics, an illustration and a series of photographs (monochrome and colour). In between the chapters you will also find what Patrick calls “conversational elements”. They give some insight into the creative process and the project’s backstory.

All the photographs were taken with Fujifilm X cameras and LaRoque lists the equipment at the end of the e-book. We noticed that most of them were taken with the X100 series, including the first model. This suggests that the project includes images taken over an extensive period of time, which contrasts with Patrick’s usual style of building a story out of a single event and mixing photos taken at the same moment or in a similar context. Quoting his introduction:

Time and location are always great equalisers, forcing a logic that’s hard to dispute, however disjointed.

The photos in the e-book are faithful to his style. He tends to embrace a monochromatic look, with both black and white images and images where the colours have been de-saturated. Patrick uses Lightroom, the VSCO profiles and his own custom-made profiles.

What I’ve always liked about Patrick’s style is that he can create an interesting series of images from the simplest of things. I always admire photographers capable of making something special out of objects or moments that to me would appear mundane or unremarkable, such as a family scene. Though their eyes, it becomes something else. By contrast, I could probably wander around my house all day and not come up with a single interesting image.

In the case of La Roque, it’s not the single photograph but rather the series of images he puts together that makes his style unique. This strength is definitely reflected in “These Kings. These Subterraneans” although it is less immediate because of the different media involved. Some of the pictures stand perfectly well on their own (below you can see my two personal favourites) while it takes more time to grasp the connection with some of the others. As Patrick explains again:

The results may appear stylistically fragmented, at times obscure; I’m aware of this. And yet there’s nothing half-hazard or random about the final assembly. It’s all deliberate, it’s all chosen. 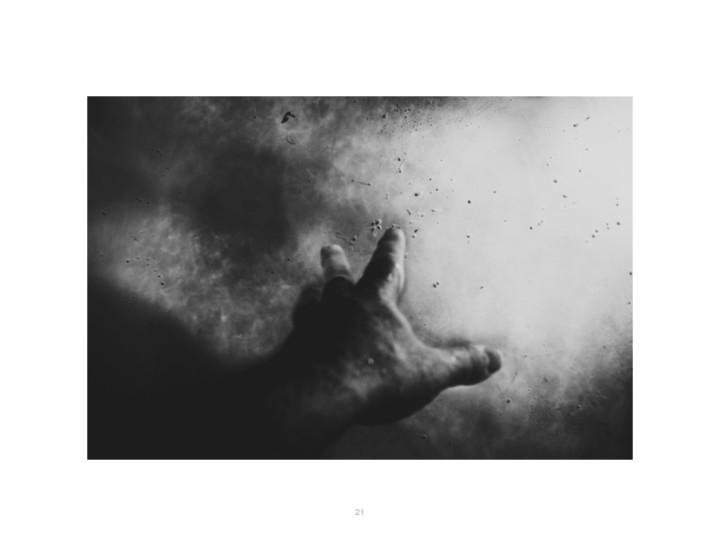 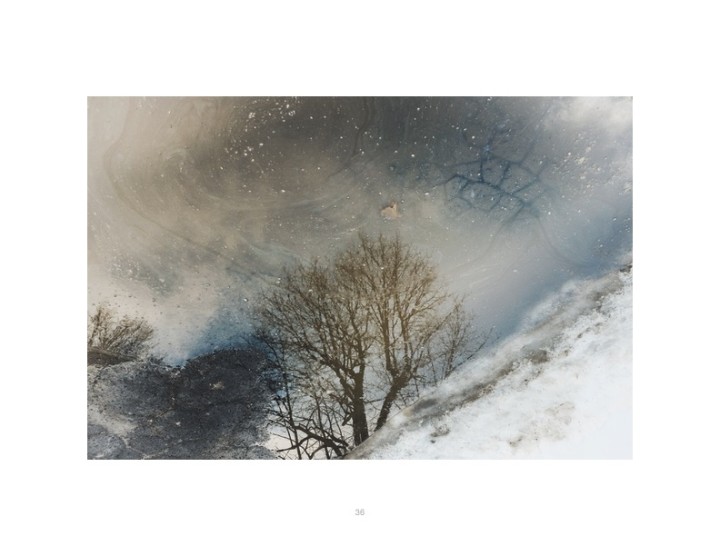 The music is probably what surprised Heather and me the most. I am not a music critic, nor am I a musician, so it is hard to give an objective review about the technical aspects. However, the first thought that entered our minds when we listened to the album the first time was “Wow, I didn’t know that Patrick was such a talented musician.” The style is what I would call progressive rock. Perhaps there is a more appropriate term but his music definitely reminded me of the genre, which I used to listen to a lot when I was younger.

What is interesting is that this project began with the music. La Roque was originally thinking about making an EP and only later did it become an album. As Patrick states:

Those songs became a guide track, offering a path for me to follow as the general direction came into focus.

The album is the part I related to the most, probably because it is the easiest to disconnect from the other two type of media. I listened to it as if it were any other album on Spotify or iTunes. It helped me identify more with the project. Then when I viewed the e-book and images again, they didn’t feel so distant anymore. The connection was made.

This is probably the key aspect of “These Kings. These Subterraneans”: trying to digest the words, images and music in one go is not enough. Rather than trying to analyse everything at once, I found it easier to enjoy one art form at a time and then listen/view everything together while compiling the final paragraphs of this article. Quoting Patrick words again:

It’s a slice of my brain circa 2015, a project meant to share thoughts and emotions through words, images and music.

The nice thing about this project is that we as an audience get the choice to read, view or listen to part of it. There’s no rush to do everything at once, making it a project that can be viewed, listened to and re-discovered multiple times.

The words and various “impressions” that Patrick inserted in between the various chapters is the last part I approached. I found them easier to understand and appreciate after seeing and listening to everything else. Some passages are interesting in that they give insight into Patrick’s take on the creative process including how he selected the photos, put them in the right order and post processed them.

“These Kings. These Subterraneans.” is an interesting and original piece of work where photography isn’t the only player. Don’t purchase it just to scroll through the images – make sure you are ready to enjoy the project as a whole. It might be difficult to assimilate at first but it soon grows on you once you have familiarised yourself with the three different media types: photography, words and music. And on a more formal note, I could conclude that for $12.99, you get a music album and a 120 page e-book that also includes illustrations. Worth the money? I would definitely say so.

You can purchase These Kings. These Subterraneans on LaRoque website here. There is currently a special discount that lasts until the end of October. Starting November 1st, you can use the discount code “mirrorlessons” to receive $3 off.