You are here: Home / Mirrorless News / Opposites attract – Thoughts about the new Sony a6300 and the G Master lenses 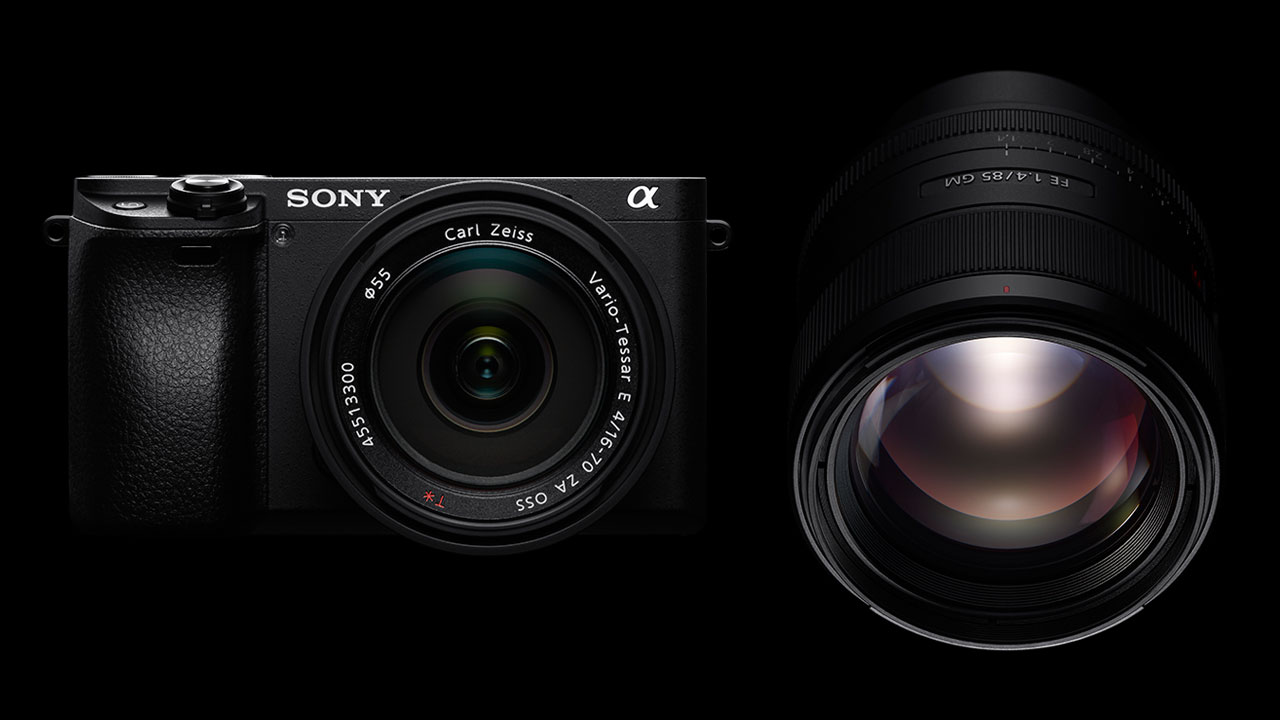 Sony just announced the new a6300, the successor to the popular a6000, whose improved autofocus and video capabilities will definitely get heads turning. Along with its new flagship APS-C camera, the brand also introduced a new series of full-frame lenses called G Masters. The three first models clearly define the premium and pro categories of this line-up. Not only do we get the long-awaited f/2.8 constant aperture zoom lenses, but also an 85mm f/1.4 portrait lens.

If you are a curious to know all the specifications and details about these new products, we invite you to check out our individual reports on our mirrorless curation website. Here I will share some personal thoughts and first impressions based on what I’ve read about the camera so far (update: I spent some time with the a6300 in Amsterdam).

Before highlighting the most interesting aspects, let me share something interesting that popped into my mind. This announcement summarises the two faces of the Sony mirrorless system very well: on one hand, we have a new camera set at an attractive price point with excellent technology that can beat the full-frame A7 models in certain areas (AF being one of them). On the other hand, we have a series of new lenses that despite having interesting characteristics, are also more expensive when compared to their DSLR equivalents.

Sony a6300 – The mirrorless camera that can finally beat the DSLR? 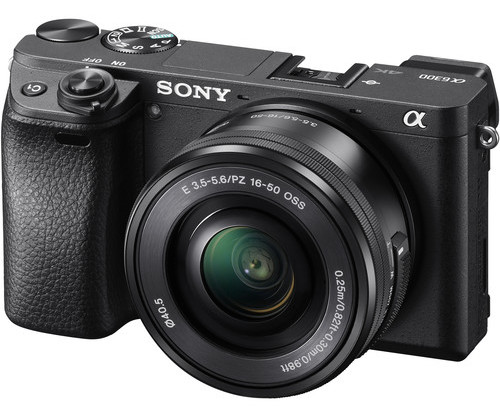 The a6000 has long been one of the most popular and also one of the best selling mirrorless cameras. The reason is pretty simple: at a very attractive price ($799 with kit lens at launch) it offered some of the best technology you could find on the mirrorless market including an excellent sensor and image quality and one of the fastest autofocus systems around. The price fell fast and thanks to some great deals found online, the camera became a best-seller and still is today.

The new a6300 debuts at a higher price ($1000 body only). Can the various enhancements justify it? At first, the improvements may seem like a natural evolution for the APS-C camera. The sensor has the same resolution but can collect more light and has a better readout speed. The ISO sensitivity now goes up to 51200. The camera can record in 4K with full pixel readout with a new Super35mm mode that uses 20MP (6K equivalent), then down-samples to 4K for better sharpness and detail. And then there is the autofocus system with more phase detection points. The latter is what grabbed my attention more than anything else … but not for the obvious specs.

The a6300 has a new 4D Focus hybrid AF system with 425 phase detection points (the highest number we’ve seen on a mirrorless camera) and Sony claims it is also the world’s fastest speed of 0.05s. Curiously, Sony used a similar sentence for the a6000 press release two years ago. There are some nice improvements like, for example, a new High Density tracking AF: the camera has an increased density of AF points in the area around the moving subjects (7.5 times the coverage density of the a6000) to track subjects more accurately. 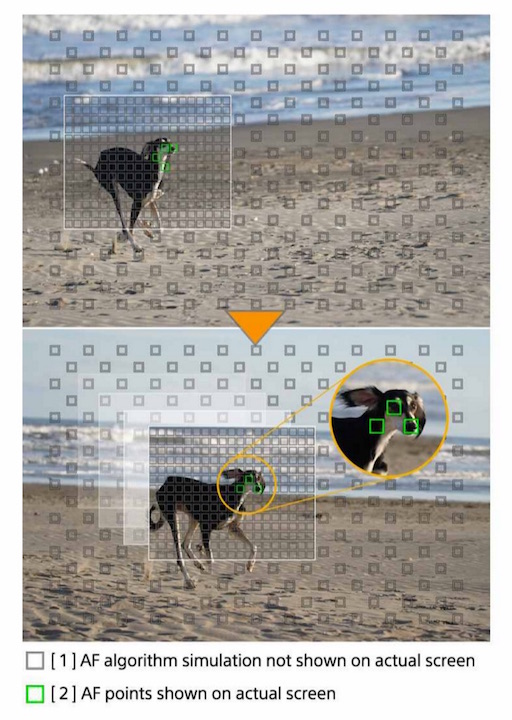 But really the specifications I find the most interesting concern the improved live view for the LCD screen and EVF (which, by the way, finally has a decent resolution of 2.4 million dots). You can shoot at 11fps or 8fps with continuous AF and tracking, and Sony claims that with the 8fps speed the live view has a minimal display lag. Quoting their press release:

… a real-time shooting experience that combines all the benefits of an electronic viewfinder with the immediacy of a through-the-lens optical viewfinder.

It is also worth mentioning that the EVF has a 120fps refresh rate option. Now of course until we can test this new camera properly we can only speculate about how well it works, and Sony doesn’t mention how reduced the time lag is (the reference is the Fuji X-T1 with 0.005s). However I find it interesting that Sony is putting effort into improving the only negative aspect of today’s electronic viewfinders, which is the time lag. It is also interesting that they decided to do it on the successor of a camera that is already known to be an excellent sports camera. So with the new EVF and the improved autofocus system I wonder if the a6300’s performance is the closest we’ve come to high-end DSLRs when it comes to continuous shooting and tracking capabilities. 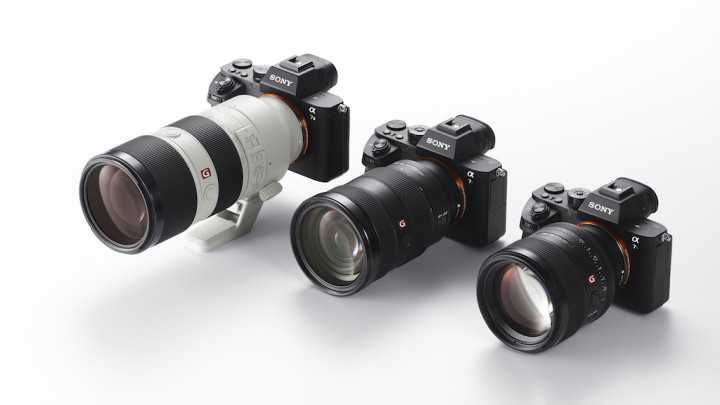 Many times I’ve read complaints about the Sony lens line-up. Namely, the fact that there isn’t enough choice and the products are expensive. For the former I often write in defence of the FE system because it is very new and like every new camera system it needs time to offer a complete package. For the latter I admit there is more room for debate concerning Sony’s strategy. They are prioritising expensive lenses over affordable ones and somehow that goes against what they do with some cameras (the a6000 is once again the perfect example).

Sony shares some interesting information concerning the optical quality of the new G Master series. They designed a new XA element that is supposed to improve sharpness from corner-to-corner and render better bokeh without onion rings. The 85mm features a diaphragm iris with 11 blades and that should also render a very pleasant bokeh which is something that portrait photographers can appreciate. The 70-200mm f/2.8 has a floating focus mechanism (a first for a Sony Alpha lens) and a wobbling mechanism to minimises focus breathing for video recording. It also has a minimum focusing distance of 95cm.

I don’t want to jump to any conclusions before testing these new lenses but in the meantime I am certain that the high prices will attract some criticism once again. Just for the sake of comparison, let’s see what the prices of the equivalent lenses from Canon and Nikon are:

Now if we look at the A-mount series (Sony DSLR system), most of their professional lenses are quite expensive. The SAL 70-200mm f/2.8 costs $3000 and I’m afraid that this is the price to expect for the FE lens as well (I hope to be wrong here). The FE system is even younger and I am pretty sure that the lower share of the market will force Sony to put a higher price on some of its products, especially if they are brand new with technology that requires more investment. It is also interesting to notice that Sony designed new lenses that are supposed to be the best the FE system can offer without involving its historical partner Zeiss.

I think Sony wants to make a clear statement: that it is capable of delivering the best image quality from both a sensor and optics point of view.

That said, I’ve noticed now more than ever with the most recent announcements that a large group of users is very sensitive to this topic. Certainly a professional photographer who chooses Sony will have fewer problems investing more money since his paid work can rapidly amortise that investment. For an enthusiast or advanced amateur, things can be more complicated. Many times I’ve read posts by people lamenting the high cost of the new Olympus 300mm f/4 Pro lens or even the Panasonic 100-400mm f/4-6.3. The same reasoning has been applied to the Fujifilm X-Pro2 and even the Olympus Pen F.

My impression is that Sony is trying to do two things at the same time. On one hand it produces a large quantity of camera bodies and many of them rapidly become affordable because they lose their value quickly (the a6000 stands out more because it remained the flagship APS-C camera for almost two years). On the other hand the brand is concentrating on expensive lenses. Some having stunning performance (55mm, 90mm) while others have produced mix feelings (the FE 24-70mm f/4 is a perfect example).

I do hope that Sony will soon start to listen to all the users who wish for more affordable lenses like the 28mm f/2 and counterbalance all these more expensive professional products.