You are here: Home / Mirrorless News / The new X generation is here: thoughts about the Fujifilm X-Pro2 and what to expect from the X-T2 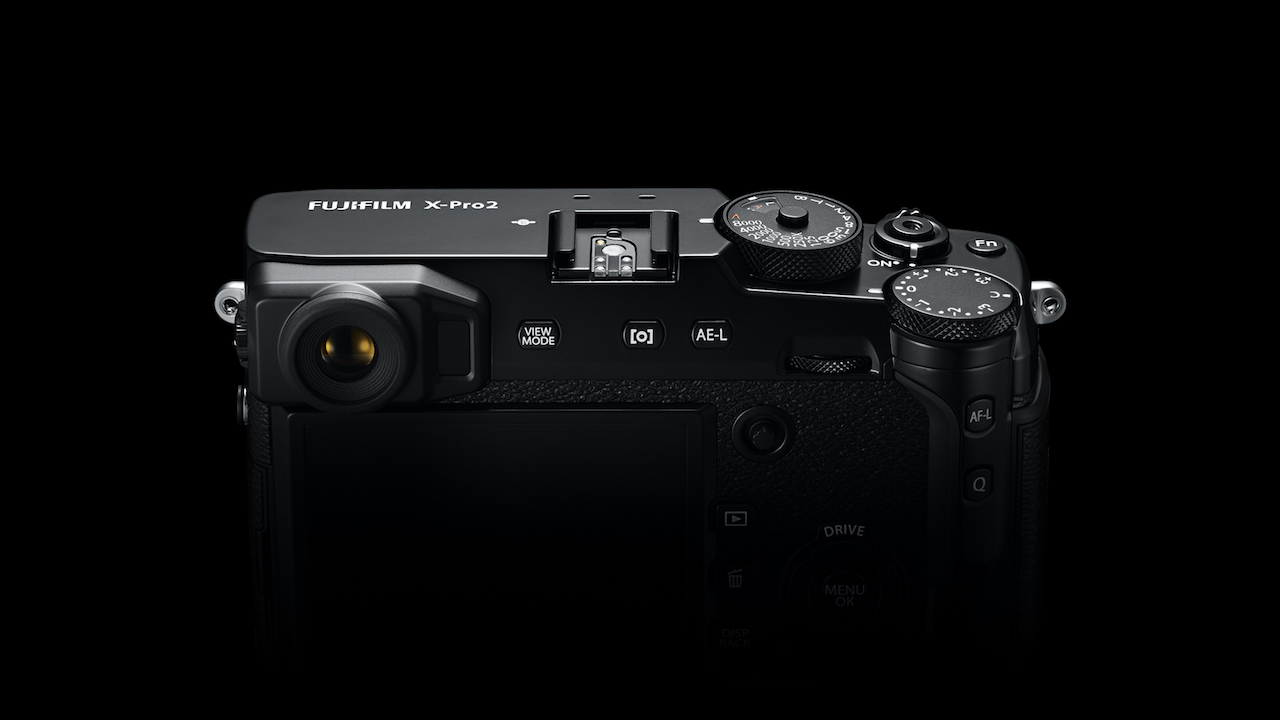 In case you hadn’t noticed (but if you follow camera blogs it is unlikely), Fujifilm announced a lot of new products today. Not only is the highly anticipated X-Pro2 here at long last, but we were also presented with two other new cameras, a flash unit, a lens and a firmware update … and it is only January 15th! What will Fujifilm do for Photokina, I wonder?

First let’s start with a personal note about all these announcements. Since we haven’t seen or touched any of these products yet, we’ve published all our reports on our new mirrorless curation website using the official specifications as a reference.

Heather and I pre-ordered the X-Pro2 and X70 this morning, and we will start our in-depth review following the same philosophy with which we’ve approached all our reviews to date: image galleries, in-depth articles and comparisons. I feel that 2016 is going to be a year of very hard (and enjoyable) work!

I wanted to write something on MirrorLessons as well but instead of harping on too much about the various specs and features, I decided to share a few musings about these new products – particularly the X-Pro2, Fujifilm’s new flagship model.

I clearly remember the title that I chose when I published my review of the X-Pro1: a system that aims for perfection.

Three years on from that review, I must say that Fujifilm is getting closer to this abstract ideal, or at least the new X-Pro2 makes me think that way on paper. 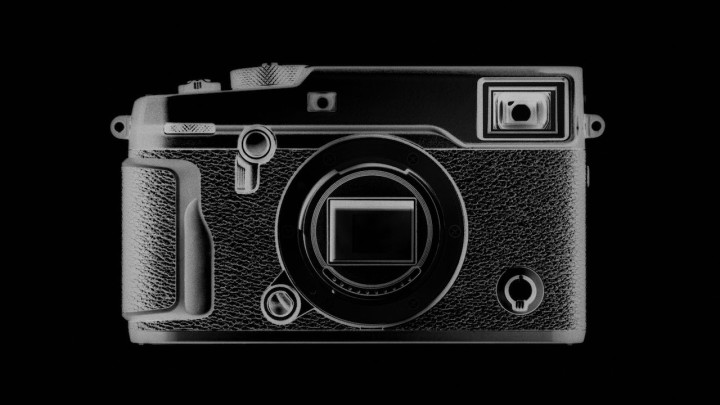 First, it is a relevant step forward for the Fujifilm community and by community I mean both Fujifilm itself and Fujifilm users/photographers interested in the Fuji system. The reason for this is simple: it inaugurates a new generation of X series cameras – the third if we base everything on sensor specs, although to me it feels more like a second generation.

We get a new sensor: 24 megapixels and the third X-Trans version. Now the resolution itself is nothing extraordinary. Sony has used 24MP sensors for several APS-C models and Samsung has the best APS-C sensor on the market (the 28MP BSI type found inside the NX1 and NX500).

So really, the first question is: can this new X-Trans sensor bring something concretely different to the table in terms of image quality?

Early reports talk of a 1 Ev improvement in the ISO department which is also clear from the specs sheet: the native range goes up to 12800 instead of 6400. However the more positive piece of news is that the full sensitivity range (including the extended values) is now available in Raw format as well. Finally!

The new sensor will probably inspire many articles focused on Raw development and comparisons between various software programs. The issues with demosaicing Fujifilm’s RAF files has always been a popular topic and I am sure that many (including myself) will be curious to see how well Adobe Camera Raw handles these new files in comparison to Iridient Developer or PhotoNinja. For the record, I have never considered this a big problem and have always found Fuji sensors to be among the best on the market despite this. But it’s going to be hard to skip this part in the in-depth review!

I am also curious about the AF system. If you follow my reviews, you know how in depth I often go regarding this topic (we have two articles about the X-T1’s autofocus for example). The X-Pro2 has more phase detection points and many more AF points (273 in total) so I am looking forward to seeing how it performs especially in Continuous mode and tracking.

Many other improvements made to this new flagship rangefinder camera were more or less expected (weather sealing, silent shutter, etc). However there are two things that caught my attention.

First the Dual SD card slot makes this new camera more appealing professionally speaking. Leica was the first to introduce this concept on a mirrorless camera last year with the Leica SL and now Fujifilm is doing the same. I hope that other brands will follow this trend. Personally I have been always fine with one slot but there are many people who are sensitive to this topic. I’ve often heard people say that a camera is not professional unless it has two slots for the memory card. Regardless of whether this is true or not, I think it is certainly positive that companies are listening to user feedback because it will make more customers happy.

The second aspect is the new Film Simulation mode called ACROS. It is a monochrome profile with three variants (Yellow, Green and Red filter). These profiles have always been one of my favourite aspects of Fuji X cameras and I’m glad to see that the company is continuing to invest resources to produce more of these. It is one of those details that shows how much Fujifilm cares about its photographers. I am less convinced by the Film Grain effect mode but I should hold my tongue until I can try it myself.

There are a few things not present on the X-Pro2 that I would have expected to see since it is a flagship camera. Why not include a touch screen (the X70 has one) or a tilting LCD monitor? I understand that I might sound like the customer who is never satisfied and perhaps this is true. But these are options that are commonplace on most of today’s mirrorless cameras and can be used or ignored depending on the user’s individual needs.

Now enough with specs, praise and complaints. Let’s move on to the near future. 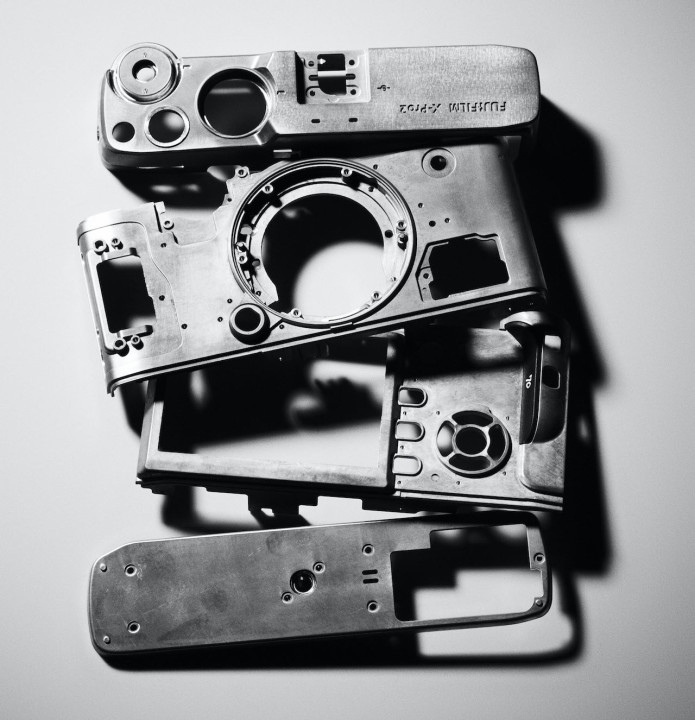 What if the X-Pro2 isn’t the only flagship camera to come?

If we rewind to not so long ago (precisely January 2014), we will recall that the most popular X series camera was born. While the X-Pro series (including the X100) began with the rangefinder design, it is the X-T series with its SLR body that really helped Fujifilm become more popular with the masses. It is also the most reliable and powerful tool in terms of AF and continuous shooting performance, lately joined by the X-T10 and soon the X-E2/X-E2s.

So I wonder: what is Fujifilm going to do with the X-T1 replacement?

Will we get an X-T1s or X-T1 mark II with minor upgrades or will we get a second flagship camera with unique features? To simplify here, I will call this future camera X-T2 because I really prefer clear names to extending the same name with more letters or “mark” appendices. I think that the X-T2 could be the real killer camera and could help fortify the popularity of the X series among professional photographers. So here are my two cents in the form of a wish list for the X-T2:

My point here is that I hope Fujifilm will make the X-T1 replacement substantially different and not just the same camera with the EVF at the centre. Fingers crossed and I would very much appreciate hearing what you think as well.

In conclusion, I will share a few words about the other products.

The X-E2s is pointless (except for marketing goals) since the actual X-E2 will become the same camera thanks to a new and free firmware (version 4.0) available from February 4th. The X70 is interesting but I wonder what differences it can truly bring in comparison to other products already present on the market (like the popular Ricoh GR). It is worth testing for sure.

The XF 100-400mm is the first extreme telephoto lens for the X-mount, promising a very exciting 2016 as far as telephoto lenses are concerned in the mirrorless segment. There is also a new EF-500 flash that seems to incorporate many features people were asking for (wireless control system, high speed sync, etc).

What do you think about the new Fujifilm products? Share your thoughts below!