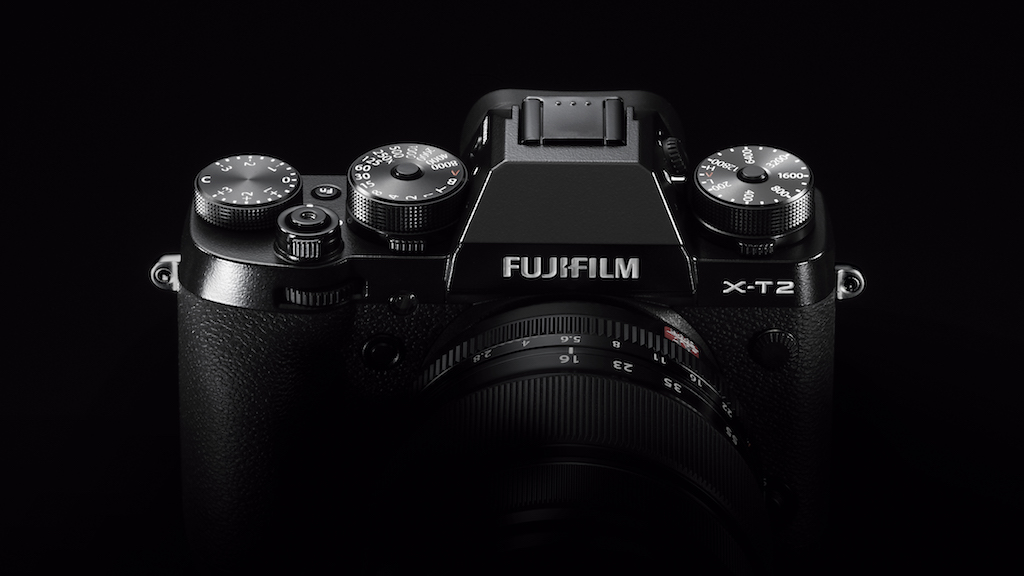 When a new camera is announced, the interest that it generates usually comprises two steps. The first is to gather as much new information as you can about the product. The second involves comparing the camera to its siblings to understand what the most relevant changes are. And it won’t be any different with the new Fujifilm X-T2!

We knew that this Fujifilm camera was on the horizon because of rumours, leaks and pure logic. It arrives 7 months after the announcement of the rangefinder flagship camera, the X-Pro2. And yes, they are both flagship products, as their respective prices clearly reveal ($100 less for the X-T2 at the moment).

The good news is that Fujifilm didn’t just copy and paste the new features introduced on the X-Pro2 earlier this year. The company added some improvements like an updated AF system and 4K video. Compared to the X-T1, it is an even bigger improvement than anyone would have predicted.

As usual, you will find news articles as well as detailed comparisons on our curation website. Here I will share more personal thoughts. Don’t you worry, the X-T2 is already on our review list!

It feels more natural to start talking about the new camera with the X-Pro2 as our reference. The latter was the first to unveil the capabilities of the new generation of X cameras and our full review is still fresh in my mind. This actually allows me to clear the sensor topic right away:

If you are wondering about the image quality of the new X-T2, just head over our X-Pro2 complete review. The sensor, resolution and ISO sensitivity are the same.

There might be a few software tweaks since the image processor is certainly an updated version on the X-T2 but I doubt we will see anything substantial or worth mentioning. 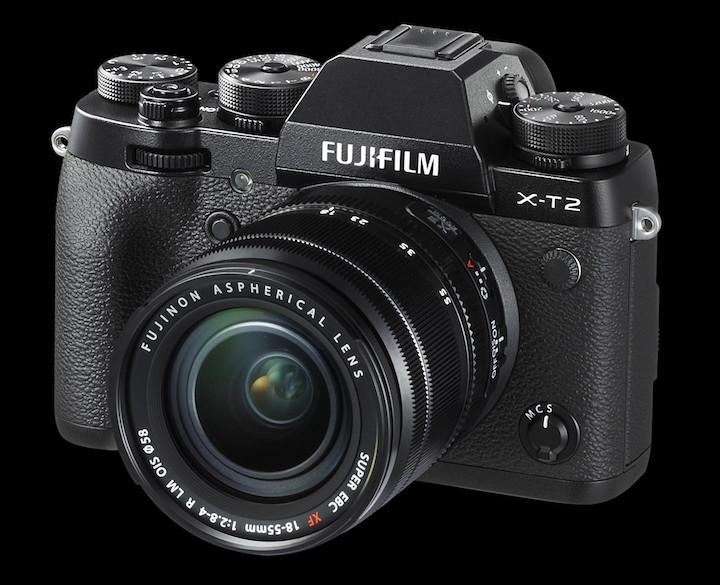 Next we head over to the autofocus chapter. If you’ve read my review and dedicated article, you’ll know that I consider the X-Pro2 one of the two best mirrorless cameras for sports and wildlife (the other being the Sony a6300). Fujifilm, with the help of its ambassadors, showed what the camera was capable of doing in fast and difficult situations (also thanks to the weather sealing and the dual SD card slot that professional photographers love so much).

Based on the paragraph above, it’s interesting to note how Fujifilm now clearly divides the two series. Quoting from the press release:

“The two models deliver unparalleled performance in their distinctive fields, with the X-T2 excelling in portraiture, nature and sports photography, and the X-Pro2 ideal for snapshots and discreet documentary photography.”

Suddenly the X-Pro2 loses its sports title and goes back to where it officially belongs (rangefinder philosophy, which means street, reportage and a wink to Leica). But is this true, really? Well, I guess from a marketing point of view there is not a lot that could be done differently: the new camera gets the priority and the attention, just as the younger brother or sister gets more hugs and gifts than the older sibling. But let’s analyse some specs first.

The AF system has been enhanced (91 vs 77 phase detection points for a total of 325 vs 271 AF points). There is a new AF-C Custom Settings mode that allows you to choose different presets (or create your own) according to the type of moving subject you need to photograph. The new parameters (tracking sensitivity, speed tracking sensitivity and zone area switching) allow you to fine tune how fast and reactive the AF must be and which zone of the frame should be given priority. That is definitely something worth testing in-depth as no other mirrorless cameras have advanced settings like this (Sony is the closest).

The newly designed battery grip will add several benefits. It can house two batteries and function as a battery charger with the AC cable (very clever Fuji!). It can boost the continuous shooting speed up to 11fps and the 4K video recording to 30 minutes.

Yes, the X-T2 is the first Fujifilm camera to feature 4K video recording. We already saw a good improvement in video quality with the X-Pro2 although the options are still basic. The X-T2 seems to be the first serious camera for filmmakers at least when it comes to specs. You can use the colours of the film simulation modes which is not something to underestimate. In our a6300 vs X-Pro2 video comparison a lot of users prefer the X-Pro2 rendering despite having less options and video functions. But this time Fujifilm is also including a picture profile specifically designed for video: it’s called F-log and will allow you to record a wider dynamic range and then grade in post. The HDMI port outputs a 4:2:2 8bit signal to record less compressed footage in comparison to the 4:2:0 100mbps internal codec. A mic input is present (3.5mm) and a headphone jack is available via the battery grip once again.

The new AF algorithm of the X-T2 will be implemented on the X-Pro2 via firmware in October. However the new AF-C Custom Settings function will be excluded. I wonder if it is a real limitation of the software/hardware of the X-Pro2 or just a decision not to make the two cameras overly similar.

This is a recurring problem of mirrorless cameras. There are many models that end-up being too similar to one another and the company needs to add or remove some settings to justify one or the other.

So on paper the X-T2 might look better for sports and action but the X-Pro2 isn’t any less capable as we’ve shown right here on this website. In the end it might easily become a choice based on the most obvious things: 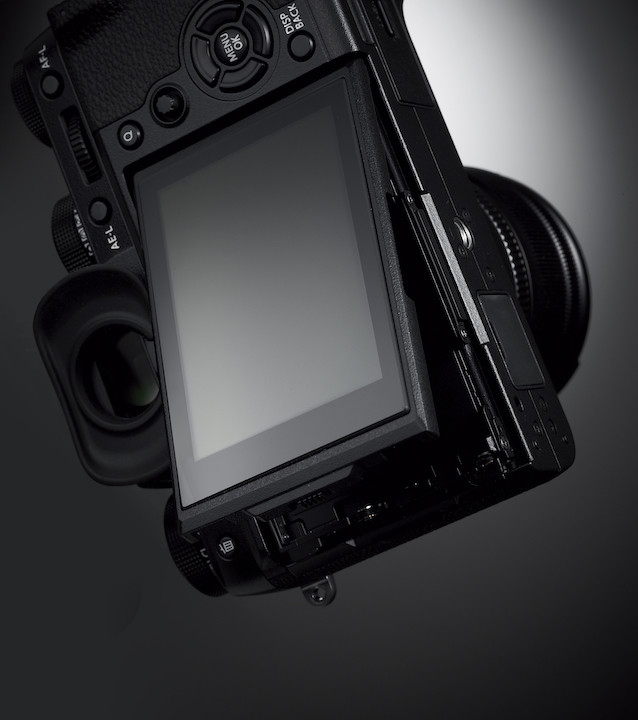 However the X-Pro2 remains a relevant choice and actually surprised me in a number of ways, such as when I used the OVF (optical viewfinder) for birds in flight. So while I don’t doubt the X-T2 can perform as well if not better, the X-Pro2 is way more than just a snapshot camera. Oh, and there is the ISO dial topic: I am sure that the one on the X-T2 will be better! (sarcastic smiley face)

Fujifilm X-T1 vs. X-T2: a substantial upgrade or an opportunity to get the X-T1 for less?

New inside, similar outside

So now that we’ve got the main new characteristics of the X-T2 out of the way, let’s see how it compares to the X-T1. After all, lots of X-T1 users or potential X-T1 buyers were waiting for this new camera before making a decision. The X-Pro2 showed what the new generation of X cameras is capable of concerning quality and performance, but is the X-T2 really that big of a deal?

Image quality wise, the new X-Trans III CMOS sensor brings a good improvement. Apart from the obvious increase in resolution (24 MP vs 16MP of the X-T1) it is the ability to shoot RAW at every ISO values that makes a difference for me (the ISO 6400 limit is gone). You also get the recent Acros film simulation mode which means you can get very nice monochrome results even at high ISOs thanks to the fine grain (see a comparison here).

As for the video section, there is definitely an abyss between the two cameras. The X-T1 is still in the circle of those X-cameras with limited and mediocre video quality so the X-T2 is definitely a big jump (perhaps the most relevant difference out of all the specs).

The autofocus improvement will be considerable as well and not just on paper (325 vs 49 AF points). Since the X-Pro2 already performs better than the X-T1, it is clear that the X-T2 is superior. I always considered the X-T1 a good action camera. Not the fastest, not the most accurate but Fujifilm put lots of effort into enhancing the performance with firmware updates. If you are not into sports photography, you could find the X-T1 performance still more than enough for your needs.

The high continuous shooting speed remains the same (8fps) unless you use the electronic shutter which boosts the performance up to 14fps (a new feature of the X-T2). The low speed goes from 3fps to 5fps. This is interesting since the low mode gives you live view with blackouts, so an increased speed means the blackouts will be faster in the EVF.

Speaking of the EVF, the X-T2 retains the same specs as the X-T1 EVF (0.5in size, 2.36M resolution, 0.77x magnification and 0.005s lag time). However the refresh rate goes up to 100fps approximately (with the optional battery grip) which is faster than the one of the X-T1 (56fps) and even the X-Pro2 (85fps). You still get all the manual focus assists including the dual view. The X-T1 has long had one of the best EVFs on the market and I admit I was hoping for a slightly larger EVF but I guess it wasn’t possible without increasing the size of the camera.

Speaking of size, the X-T1 and X-T2 look almost identical from the outside. The X-T1 is slightly larger (3mm on the wide end) which means the X-T1 battery grip won’t be compatible. The larger size accommodates a dual SD card slot (UHS-II compatible), a USB 3 connector (for faster tethering capabilities) and a 3.5mm microphone input. The other major change is the tilting screen that now articulates in three directions and allows you see your composition when using the camera in a vertical orientation. I wonder if this solution is more comfortable than the classic multi-angle monitor you see on many mirrorless cameras (GH4, Pen F, etc).

Concerning the layout and ease of use, the most noticeable addition is the AF joystick which is really useful. Some dials have received a few improvements as well and there finally seems to be a proper video mode on the drive dial.

The X-T2 is definitely a major improvement if you are coming from an X-T1, X-T10 or X-E2 camera. However the major additions seem to be pro and sports/wildlife oriented. The price is higher than expected (and higher than the original X-T1 at launch) so I think that the X-T1 can still have a place for someone looking for an excellent camera on a budget. It might actually compete more with the X-T10 if the X-T1 price drops.

The X-T2 could potentially have the best autofocus system on the market as far as mirrorless cameras are concerned. If so, it will fall into direct competition with some non-Fuji branded cameras. The a6300 is the first that comes to mind but whatever the results, we can already highlight a price difference of $600 in favour of the Sony camera.

I can definitely see some advantages from the a6300 when it comes to video. While the quality is yet to be compared, the Sony has more options for demanding filmmakers who require precise settings to curate every aspect of the image (customisable picture profiles, S-log2 and s-log3, timecode etc.) as well as better slow motion capabilities. The AF will call for an interesting side-by-side test while the Fuji could easily have an advantage in terms of pure usability.

We have then to wait for the next flagship cameras from Panasonic and Olympus to see if 2016 is really going to be the year that mirrorless cameras become as good as DSLRs in terms of autofocus (or at least where the gap is so reduced that it doesn’t make a huge difference anymore).

What are your feelings about the X-T2 and its competition? Share your thoughts below in the comments section!