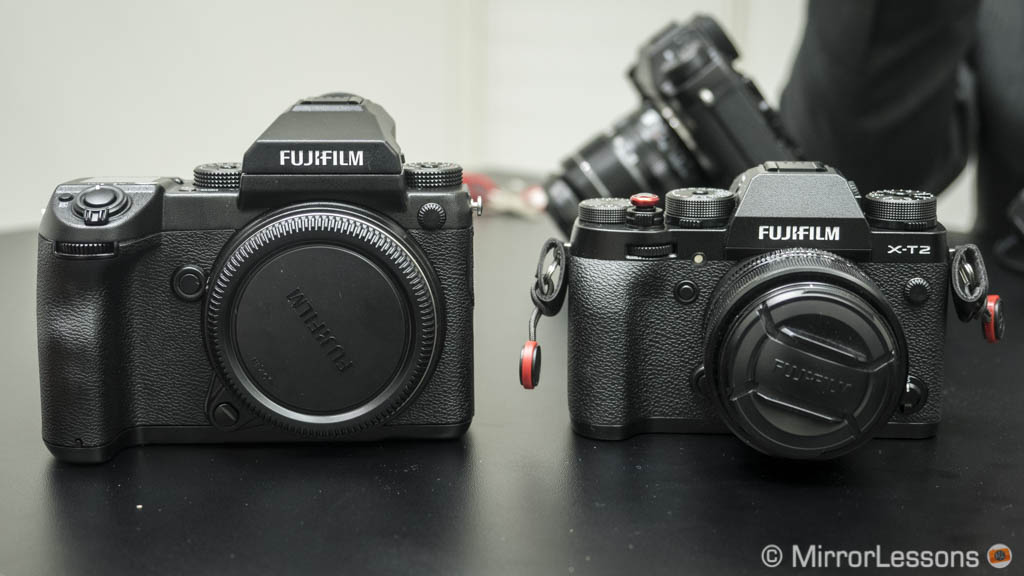 Our second hands-on is all about the new Fujifilm medium format camera. Many users were asking for 35mm format, but the brand decided to go even larger! Granted, the camera targets a specific market of professional photographers but it is interesting to see this segment expanding with more and more competitors.

Keep in mind that Fujifilm only announced the development of the camera which means that specifications are not final and subject to change. Here is our video.

The lenses announced are the following. Note that they are all marked as weather sealed and the camera will be as well:

Below are some side-by-side product shots showing the GFX prototype and X-T2.

Check out our Photokina 2016 coverage here.