You are here: Home / Galleries / Skiing in the Italian Alps with the Panasonic Lumix GH3 | Testing the Artistic Modes 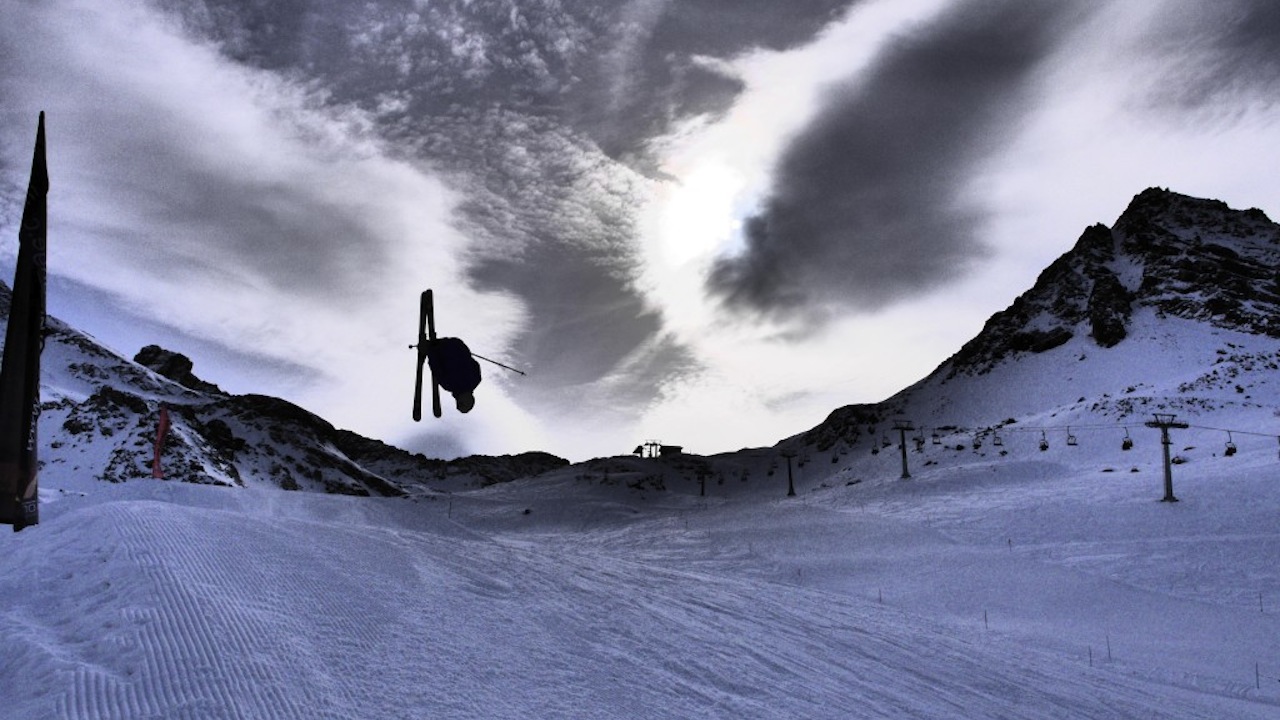 I will admit that I am not much of a skier, and thus, not very Canadian in the eyes of most. My first memory of skiing is of crashing into a fence, and subsequently a garbage bin at the age of 14. It is also my fondest memory, not for the pain it caused but for the amusing story it has allowed me to tell years after the fact.

Not wanting to put myself in similar danger on the treacherous slopes of the Alps, I happily traded the opportunity to ski with fellow MirrorLessons writer Mathieu and his cousin Nicola for a cold and snowy day out with the Panasonic Lumix GH3, photographing skiers and snowboarders with much more talent than myself! The challenge was to limit myself to the Artistic Modes on the camera. I wanted to see which of these modes could best capture the exciting ambiance of the Alps.

Note: To best demonstrate the innate image quality of the camera, none of these photos have been edited using post-production software.

My first stop was the ski lift, where I noticed that the landscape was highly contrasted due to the bright sunlight and shadows cast by the peaks. Since scenes with high contrast generally look effective in black and white after post-processing, this was the first artistic mode I chose to experiment with. The two photos below show how the GH3 handles black and white photography performed directly on the camera.

Admittedly, I was not as impressed as I thought I would be. Despite the stark whites (snow), the noticeable shadows under the ski lift and the dark rocks that dot the mountain peaks, the result is a rather washed-out grey tone which fails to convey the intense contrast of the scene. I soon grew tired of this mode as I felt I could do a much better job in Photoshop.

At this point, I switched to the Impressive Art mode to see whether cranking up the saturation and contrast would create an interesting effect. I was so enthusiastic about the result that I went on taking photos in this mode for another half hour! I really enjoyed how the exaggerated colours and light manage to express the dynamic energy of a mountainous ski slope. I even used this mode to photograph skiers and snowboarders who were performing stunts on a small hill using the GH3‘s 5 fps continuous shooting. With the intense sun in the background, the shadows of the stuntmen jumping high in the air are as crisp and dramatic as the tricks they performed.

Of course, none of these photos are useable from a professional perspective on account of the overexposed areas of the sky and ground, but from an amateur point-of-view, the effect is fun and exciting.

The next experiment was with the Cross Process mode, which sadly left me a bit dry. While this mode produces cool blues and greens, which should technically harmonise with the snow, the result made me feel as if I were under the sea rather than on the cold slopes of the Alps. If the effect had been limited to the sky, it might have created a convincing ‘aurora borealis’ effect.

One mode which surprised me was the Soft Focus mode. I could not really think of any use for it on the slopes, but I gave it a go anyway, photographing a small boy battling to get his balance. The softness of the photo tricks your eye into thinking the boy is moving, which he was, in fact. If the photo had been 100% in-focus and sharp, it probably wouldn’t have conveyed his precarious situation quite as well.

There are 10 other modes on this camera, but none of them were particularly apt for the ski slopes.

As for the camera itself, I found that it was very light and pleasant to hold even after a full day of photography. Despite it being smaller than my Nikon D3000 (DSLR), it has far more buttons including a dedicated ISO button, four function buttons, a shutter speed and aperture dial, and a mode dial, and every one of these buttons has been thoughtfully placed on the camera body. It is very easy to access the menus, which meant that switching between artistic modes was a breeze.

The only aspect that irritated me was the fact that when you go to take a photo and place your eye at the viewfinder, the previous photo you took automatically shows up and sits there for a good half a second. I often missed out on taking a good shot for this reason.