You are here: Home / Nikon Reviews / Coolpix A / Photoshow 2013 – Hands-on with the new Nikon Coolpix A 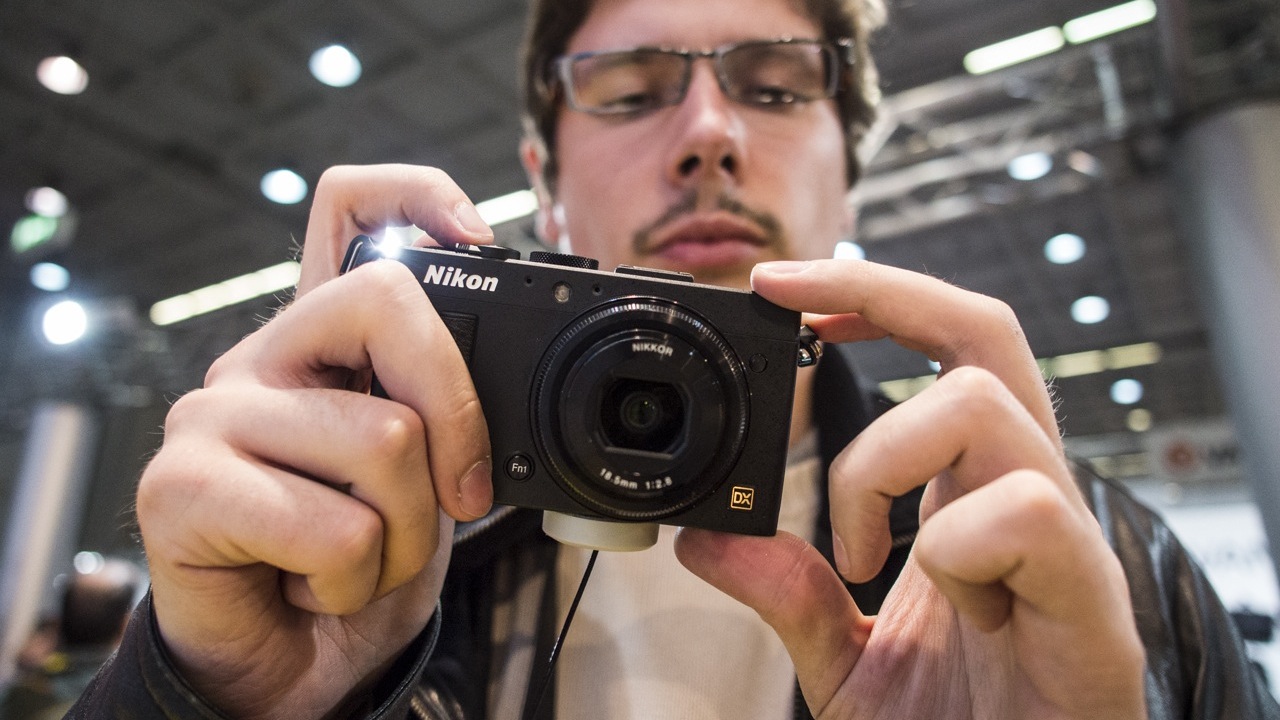 Nikon announced the Coolpix A at the beginning of March 2013. It is the first Coolpix to incorporate a large sensor, the DX sensor that is used in Nikon entry and medium level DSLRs. In fact, it seems to share the exact same 16 megapixel sensor as the Nikon D7000. The Coolpix A features a 200-6400 ISO sensitivity range, and doesn’t have a low pass filter, which should increase the sharpness of the pictures. It has fixed 18.5mm lens (28mm equivalent), and is the smallest compact camera with a large sensor, according to Nikon.

Despite its compact size, the camera felt quiet nice in my (rather large) hands. The buttons and dials also seem to be very well-placed. You can easily access the main settings such as aperture and shutter speed thanks to the top and rear dials. There is a dedicated ISO button, as well as a Function button placed on the front of the camera, between the lens and the little vertical grip – clever, as it is quickly accessible. The vertical rubber ridge on the front of the camera is also a welcome addition, as it gives you that extra grip. The menu is the classic Nikon menu – those familiar with it won’t be disappointed.

The only flaw I saw during the brief time I spent with the camera was the autofocus, which is very slow. It took about 2-3 seconds to focus every time I took a shot, regardless of the subject. This could require some patience, and even result in you missing some shots if you only have a short window of time to capture your subject.

On the other hand, the image quality that comes out of the camera seems excellent. We can really see the high performance of the DX sensor and the EXpeed 2 processor. Images are very sharp, even at f/2.8.

I hope I’ll have the chance to fully test the camera later on as I think it is capable of producing some impressive images. I am a little bit skeptical about the cost. It seems a little overpriced, especially considering that the viewfinder is an add-on that costs around $400.

Below you’ll find some pictures taken at the Milan Photoshow with the Coolpix A. The pictures aren’t much as I didn’t have much time to experiment, but they can give you a rough idea of the camera’s capabilities.