You are here: Home / In Depth / Mirrorless Musings / Will 2014 be the year of the Full Frame mirrorless camera? 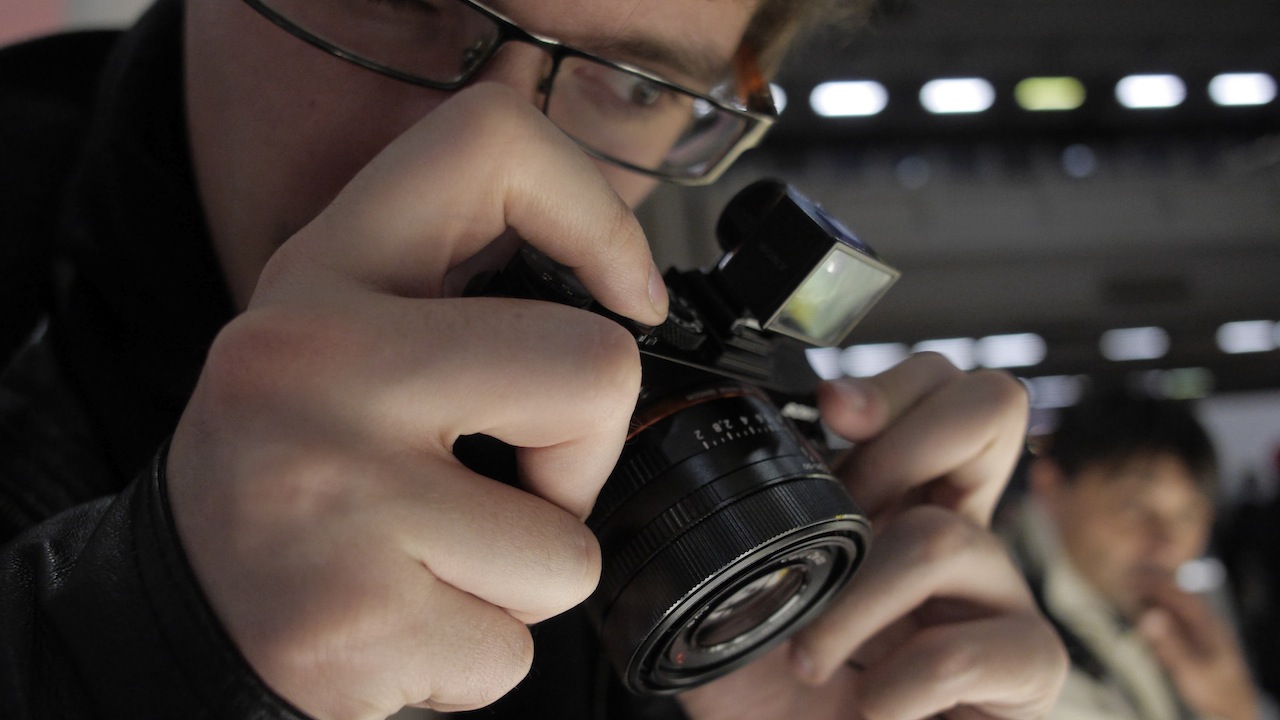 If 2013 was the year of powerful fixed-lens compacts such as the Fuji x100s, Nikon Coolpix A, and the Ricoh GR, 2014 will most certainly be the year of the Full Frame mirrorless camera.

So far, the only Full Frame mirrorless cameras in existence are the Leica digital M series (except the M8) and Sony RX1, whose mix of incredible image quality and compactness make them every photographer’s dream companion for the streets and travel. However, it is hard to ignore the price. Whereas the above-mentioned fixed-lens mirrorless cameras all cost around $1000, the new Leica M costs around $7000 (body only), and the Rx1 will eat away at two month’s salary at just below $3000 – a difficult expense to justify!

Of course, Leica and Sony aren’t the only companies that dream in Full Frame. Rumours suggest that Samsung and Fujifilm are ready to hop onto the bandwagon, and I believe it is only a matter of time before we see a reaction from other camera brands as well.

So, concretely speaking, what can we expect to see in 2014? Let’s have a look at what we know so far:

The E-mount model will most likely be a Full Frame NEX-9 with a 24 MPX sensor, and it will apparently be more expensive than the RX1. With the creation of the NEX-9, Sony’s aim is to surpass the performance of pro-level DSLRs. (Hey, no one ever said that Sony wasn’t ambitious!) How Sony is going to manage to market this camera, however, is beyond me, especially with so many cheaper options available on the market.

On the other hand, latest rumours suggest that Sony will abandon its translucent mirror technology that has characterised its DSLRs for years, meaning that A-mount cameras will become 100% mirrorless. Little is known about the Full Frame A-mount set for release in 2014 except for the fact that it will have a classic DSLR body.

Sony has also confirmed the production of a hybrid A-E bridge camera which may or may not be FF.

Originally, it was thought that Samsung would bring out a Full Frame mirrorless camera in March of 2013, but these rumours were later quaffed when a reliable source told Mirrorless Rumors that the new NX Full Frame isn’t due until 2014.

With its serious interest in the mirrorless market, it would be strange for Samsung not to get in on the Full Frame game before the end of next year.

Ah, yes. Who could forget about good old Fujifilm? Mirrorless Rumors has mentioned more than once that they feel a Full Frame X series camera is a possibility. Plus, in our talks with a Fuji rep last week, the word FF was hinted at numerous times.

As we said in our article about the new Fuji 55-200mm lens, we feel it is unlikely that Fuji will release a Full Frame version of the X-Pro, for the simple reason that the many X lenses they have created and are producing as we speak would not be compatible. It is far more likely that they will release a fixed-lens FF mirrorless camera along the lines of the X100 and X100s.

This said, Fuji has been known to throw its curve balls. We’ll just have to wait and see!

The release of the Canon SL1, the smallest DSLR in the world, suggests to us that Canon, and most likely Nikon, will continue to work on developing smaller and smaller DSLRs. Though the Nikon 1 series does quite well in terms of sales, neither Nikon nor Canon can be considered leaders in the mirrorless market. As such, we feel that a Full Frame mirrorless from either brand is highly unlikely in the near future.

Olympus and Panasonic chose their path long ago when they decided to embark on the Micro Four Thirds trail. With the wide variety of MFT lenses and cameras available from Olympus and Panasonic, it is extremely unlikely that these two companies will turn their attention towards Full Frame as they would have to rebuild the entire system from scratch.

So, there you have it – a summary of the possible upcoming Full Frame releases for 2014. These are very exciting times for mirrorless camera enthusiasts worldwide!