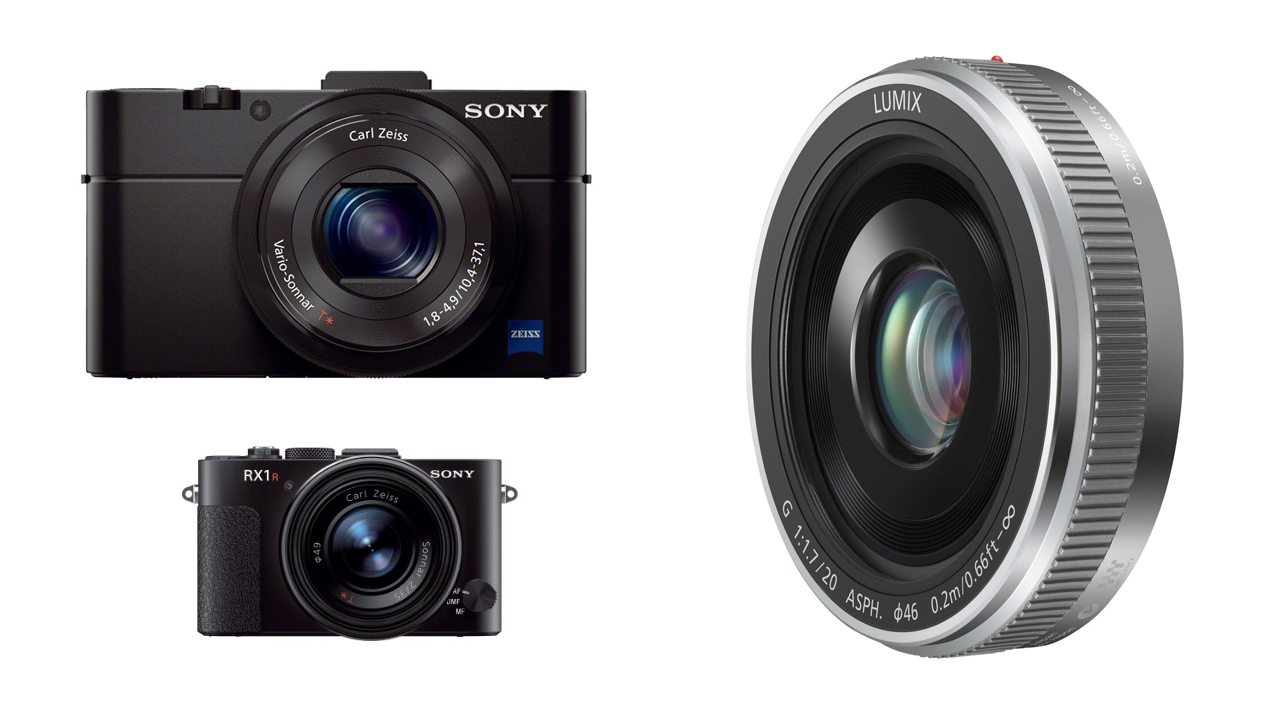 So much attention has been directed towards Fujifilm these days with the announcement of the X-M1 that it is a breath of fresh air to see that Sony and Panasonic are also brewing up some concoctions of their own.

Just this morning, Sony announced two new, yet very familiar-looking compact cameras – the entry-level RX100 MII and the high-end RX1R, both of which are upgrades from their previous versions, the RX100 and the RX1.

While naming a camera RX100 MII is sort of like naming your kid John Jacob Jingleheimer Schmidt, at least the specs are very promising. Unlike its predecessor, the RX100 MII comes with a 3-inch LCD tilting screen, Wi-Fi capabilities, and a hot shoe for accessories. While the 20MP Exmor sensor remains the same, Sony claims that it is 40% more sensitive than that in the RX100.

The RX1R, on the other hand, is virtually identical to the RX1 except that it lacks a low-pass filter, allowing for sharper, more detailed images. Contrary to expectations, the new version will have exactly the same price tag as the previous version. Thumbs up to Sony for not giving in to penny scrounging!

Panasonic has also released a new version of its 20mm f/1.7 lens for Micro Four Thirds. Unlike the original, which had a resin-based finish, the new 20mm will be metal all around. It comes in either black or silver, and uses two aspherical lenses to minimize chromatic aberration and distortion.