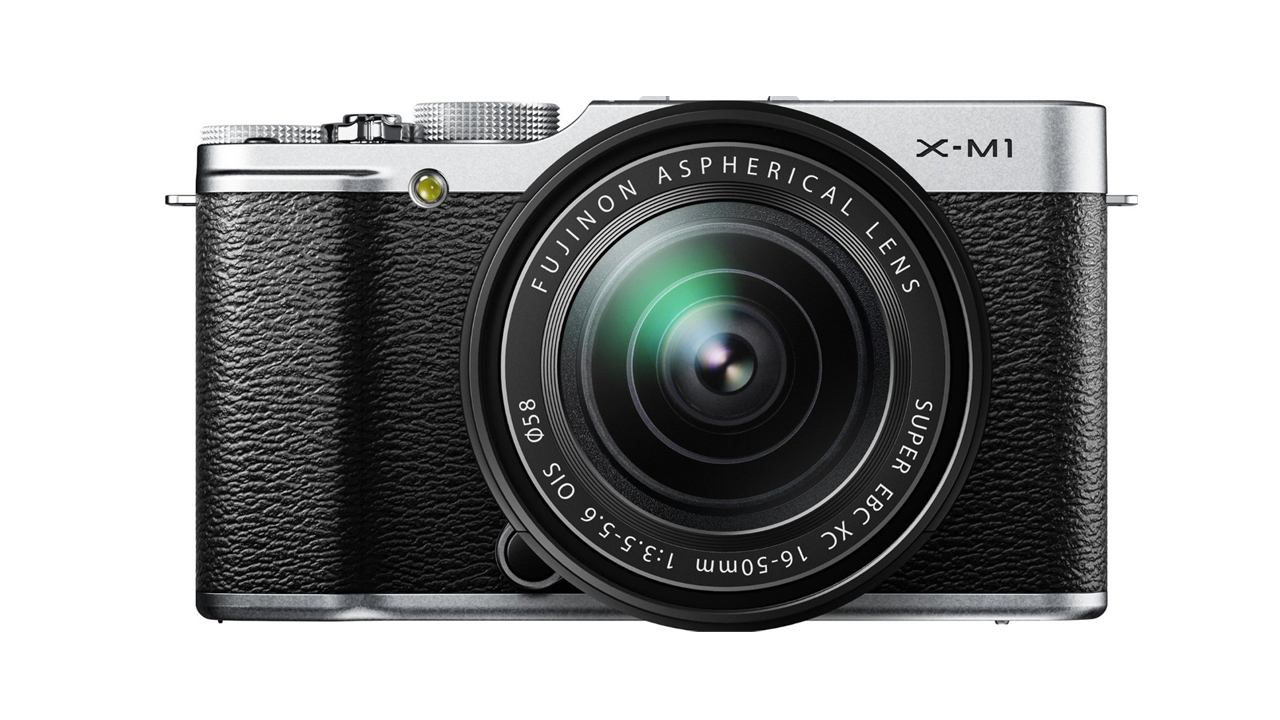 Whereas camera companies such as Olympus, Panasonic and Sony have gradually worked up from entry-level mirrorless cameras to high-end models, Fujifilm has taken a completely different approach to the production of their famous X-series. They started out with the high-end X-Pro1, which was soon followed by its baby brother, the X-E1, a camera practically identical to the X-Pro1 but lacking an OVF. Not long after, we saw two compacts, the X100s, tailored for professionals looking for a light second body for the streets, and the X20, a high-end compact with a non-interchangeable zoom lens.

With only the X20 for fledgling photographers, Fujifilm now seems to have taken a keen interest in expanding its entry-level line of X-series cameras with the new Fuji X-M1, an interchangeable lens camera that was officially announced today (June 25th).

The X-M1 will have a large APS-C 16.3 MP X-Trans CMOS sensor identical to the one found in the X-Pro1, as well as a EXR Processor II. As mentioned above, it will be an interchangeable lens camera – a very pleasing addition for experienced amateurs who want to experiment with the various primes Fuji has to offer. A caveat for those who prefer viewfinders: the X-M1 doesn’t have one, and there is no option to attach an external VF. However, it does feature a 3.0 inch 920K-dot tilt LCD screen which can be useful in bright sunlight.

Additional features include Wi-Fi transfer, the classic Film Simulation Modes found on all X-series cameras, Advanced filters, scene based exposure modes, the practical Q menu, 5.6 fps continous shooting, a maximum ISO range of 100-25600, focus peaking display, and a dedicated movie button on the body. Happily, there is a nice range of functions for both complete dilettantes and those with more experience.

There are also two new lenses for the X-system: the XC 16-50mm and the XF 27mm. The former is the kit zoom that comes with the X-M1, and was designated a ‘C’ lens to suggest compact or casual. The latter is a pancake prime, the smallest X-mount lens to date.

While Fujifilm may have initially wished to remain a prestigious name amongst camera brands, its move to browse entry-level pastures was surely necessitated by the plethora of low-to-mid end mirrorless cameras produced by its competitors, which, in general, tend to sell in larger quantities. No doubt we can expect to see a handful more of entry-level cameras in the months to come!