You are here: Home / Olympus Camera Reviews / E-P5 / How to Create Double Exposures with the Olympus Pen E-P5 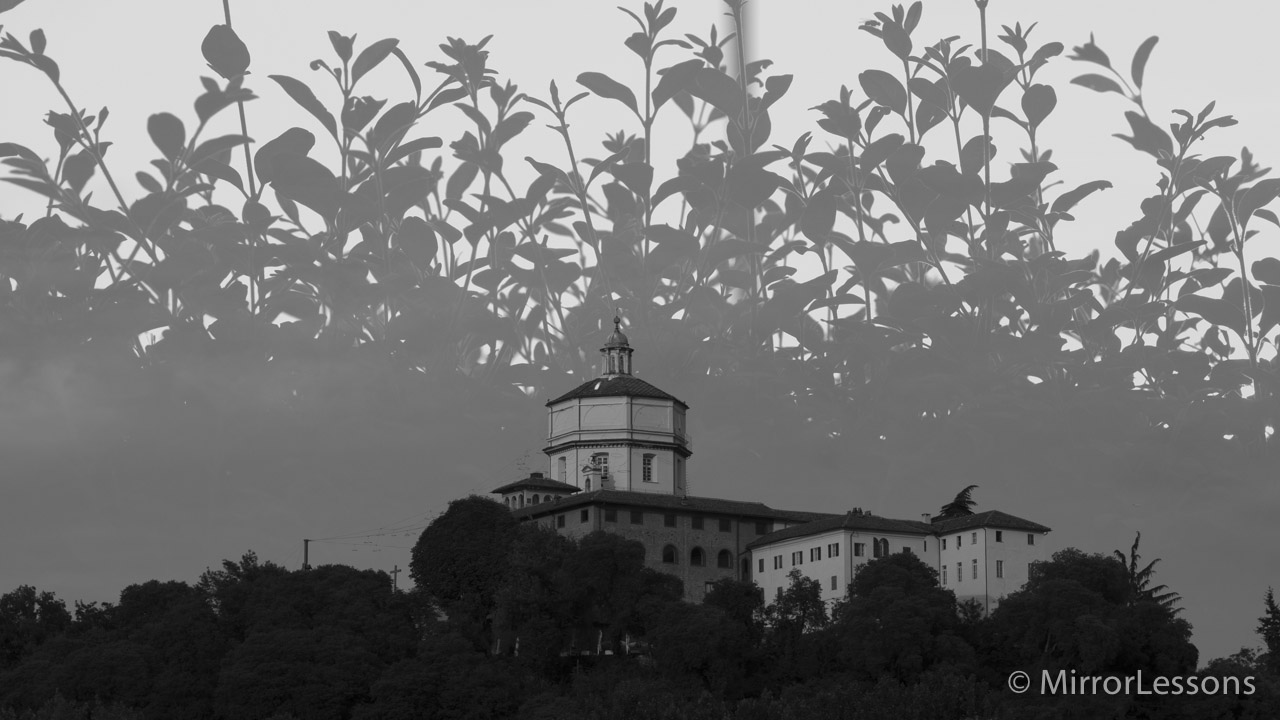 Are you looking for an endless creative outlet that will keep you shooting with enthusiasm from dawn until dusk? If so, look no further than the double/multiple exposure mode. It can be found on a number of mirrorless cameras including but not limited to the Olympus OM-D E-M5, Fuji X100s, Panasonic GH3 as well as the camera I am currently testing, the Olympus Pen E-P5.

If you’re new to photography, you may be asking: what exactly is a double exposure mode?

Essentially, it allows you to take one RAW image – silhouettes of people or statues tend to work best – and overlay it with one or more images – preferably a pattern or design, such as tree branches, a colourful tablecloth, or a rose bush, to name a few.

Not only can double/multiple exposures be produced on-camera, but they can also be easily created in photo editing programs such as Photoshop. (To see a short and straightforward video tutorial on the subject, hop over here.) It was also practiced on film cameras simply by opening the shutter more than once to expose the film multiple times.

How to use the multiple exposure mode on the E-P5

To use this mode, head into Shooting Menu 2 on your E-P5 and scroll down to Multiple Exposures. By default, it will be set to ‘off’ so you must switch it on. Then, go to Frame, switch it to 2f and press OK. At this point, you’ll be able to take your first shot. Immediately after you take the shot, a translucent overlay will appear on the LCD screen which you can use to frame your second shot (the filler pattern).

If, on the other hand, you already have a first shot you want to use, go to Overlay, located in the same menu as Frame, and select the image from there.

Below are six step-by-step pictures to help you out, as we all know Olympus’ menus can be rather convoluted!

To achieve the best results, it is always a good idea to shoot upwards into direct sunlight for both shots so as to blow out the sky, accentuate your subject, and eliminate unnecessary details in the background. Of course, the rules are there to be broken, so go out and experiment. It can become pretty addictive!

Check out the gallery!

In this gallery, I’ve included a handful of shots taken with the E-P5 using the built-in multiple exposure mode. Being that silhouettes work well, I used Mathieu’s profile, as well as a few statues for most of my shots.

Note: Since the background never appears perfectly white, even when you shoot into direct sunlight, I resorted to Photoshop to eliminate unwanted elements in the background, and sometimes to remove it completely. I also used it in the second photo to create a fade-out gradient effect. Otherwise, the photos remain relatively untouched.