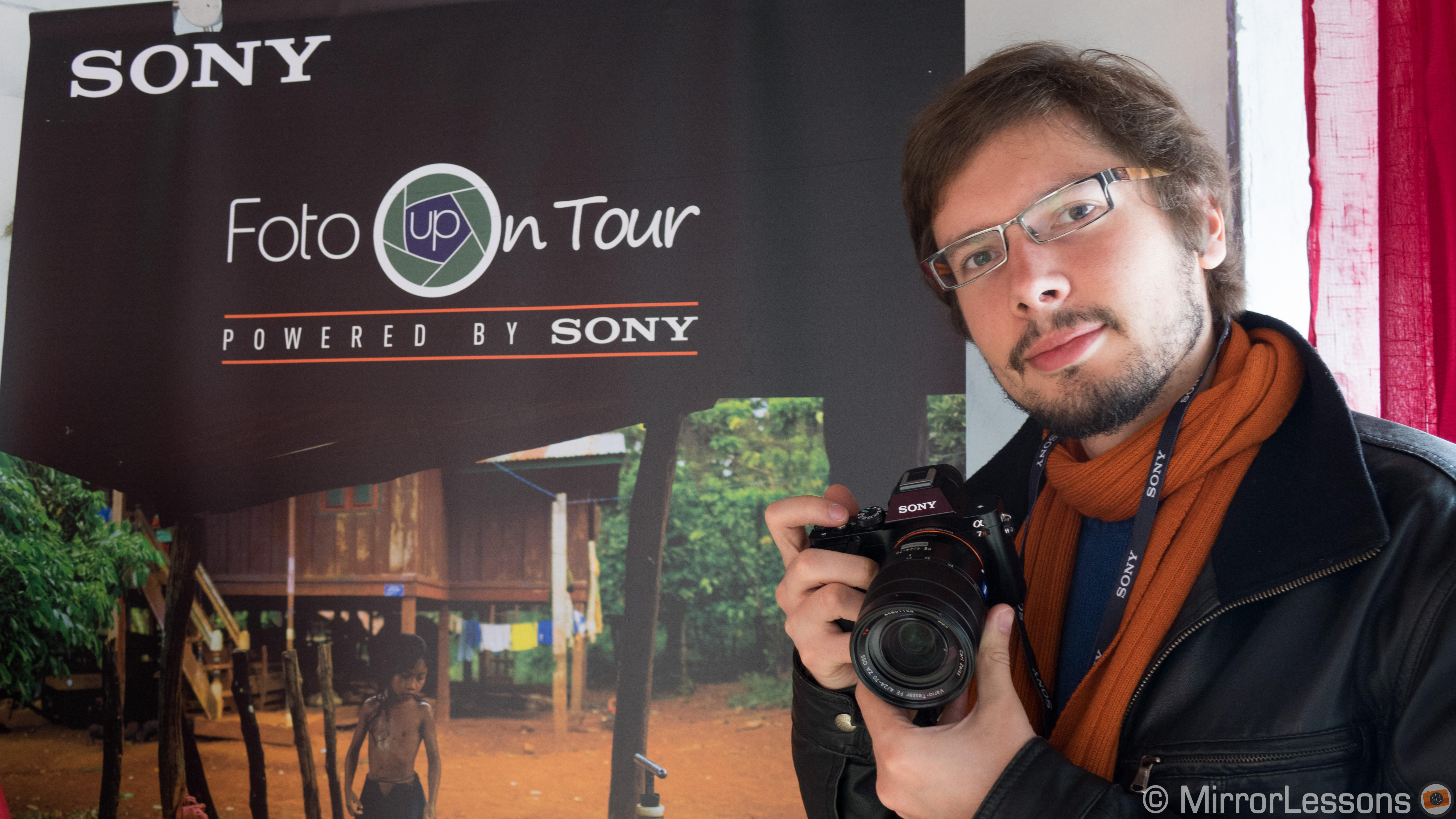 Last Saturday, we spent a very nice morning with the Sony Italia team led by Davide Grimoldi and Amedeo Novelli. Many recent products were showcased including the A7 and A7r. As for me, I was interested in trying the new Vario Tessar T* FE 24-70mm f/4 for the system and I wasn’t disappointed: there was only one sample available and I got the chance to try it right away.

The lens was a pre-production sample so I won’t write a lot about specs and image quality: what I shot and saw is what I would expect from a zoom lens like this one. Sharpness seems good both in the centre and in the corners, and autofocus has a similar performance to the other FE lenses. I saw some distortion even at 70mm, but since it is a pre-production model I won’t make any judgements just yet. There have been reports about earlier production samples being affected by too much distortion and softness in the corners but the latest releases seem fine. Stabilisation works but don’t expect miracles, especially with the A7r. Don’t count on any crazy dreamy bokeh either because you will need a faster lens for that.

The lens is heavier than the 28-70mm f/3.5-5.6 kit lens but the size is just slightly bigger, so in the end the lens remains reasonably compact relative to the camera and the system, which is a positive thing. Having lenses that are too big wouldn’t make sense to me as you wouldn’t be able to take advantage of one of the main strengths of a mirrorless system, which is its compactness.

Was there anything I found wrong with the lens? Well yes, I would say the price. $1200 is a little bit too much in my opinion for a f/4 zoom lens. Granted, it is a full frame lens, and has been designed by Carl Zeiss, but you can find the Canon 24-105 f/4 for Canon DSLRs at aroudn $700. Certainly this Sony Zeiss lens is brand new so the street price could drop a little in a few months.

So, my hands-on finishes here, as I wasn’t authorised to take shots outside (not that I was particularly tempted since it was very cloudy and the area wasn’t that interesting to photograph at all).

I guess some of you might question whether the lens is worth purchasing. That is something difficult to answer as lens choice is a personal matter. I am personally not interested in buying it. I still think that the FE system looks more interesting with primes. But that’s my point of view. Certainly if you want a high quality standard zoom lens, the Vario Tessar T* 24-70mm might be a good choice. However, I have read posts by many photographers stating that they aren’t interested simply because it’s a f/4 and not an f/2.8 zoom lens. That is less of a concern for me because f/2.8 would equal a bigger and more expensive lens.

The real issue for me is that the lens doesn’t seem to have a particular “character” and therefore I find it more interesting to stick with my 55mm on my A7 for now, and wait for more interesting lenses to come out. Sony right now is focussing on covering the major focal lengths with two f/4 zooms, and while it could look a lot like a marketing strategy, it is also true that 24-70 and 70-200 are the most common “pro” lenses on a DSLR system. As such, Sony’s moves aren’t surprising at all. At this point, all we can do is wait for the next update on the lens roadmap.

Enjoyed this article? Then be sure to check out the following: