You are here: Home / Galleries / Fujifilm Gallery / Fuji X Series Club takes on Torino: A Day with the Fuji X10 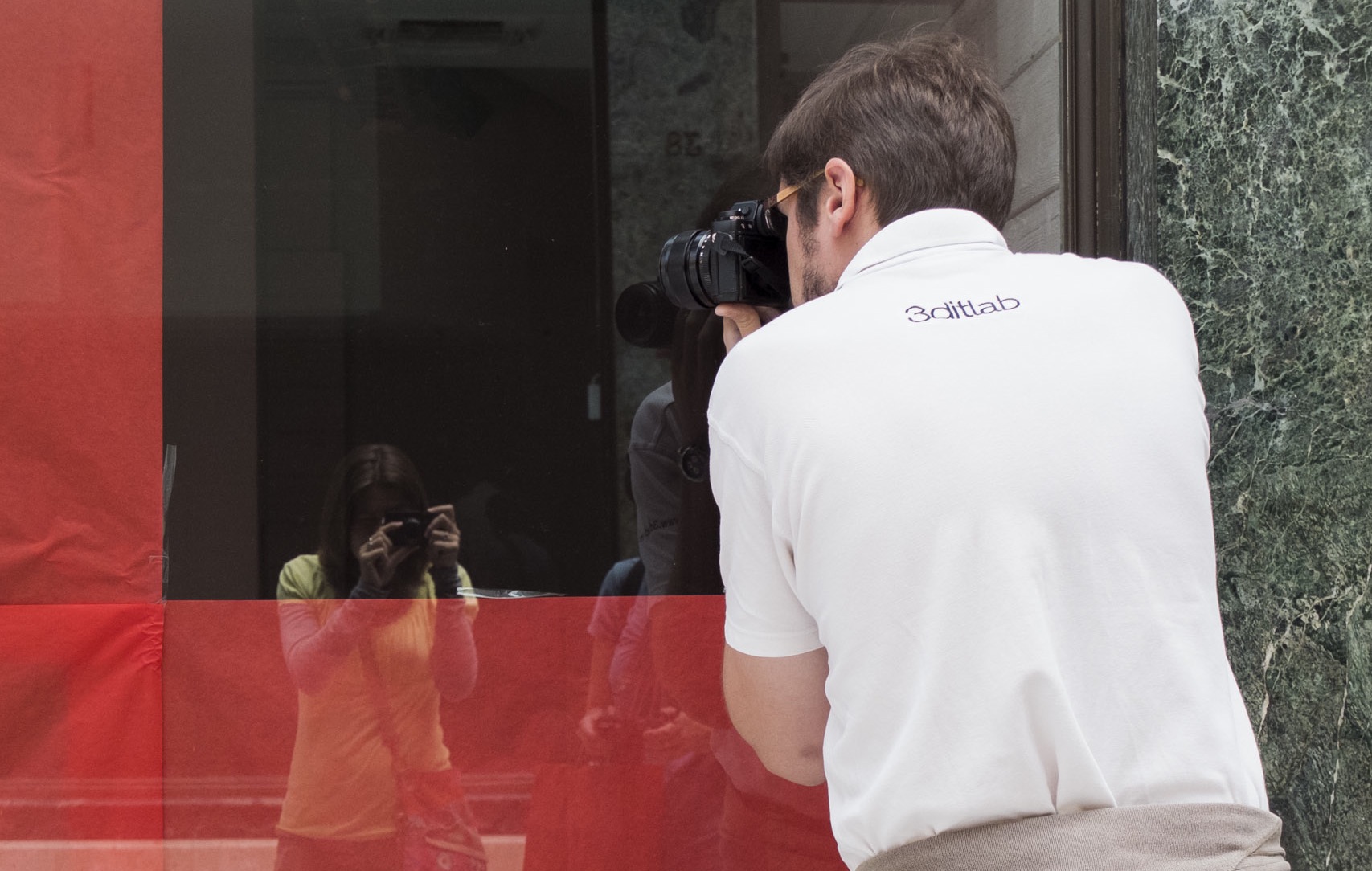 A few months ago, on a cold foggy morning, Mathieu and I were sitting on a train to Milano, twiddling our thumbs in anticipation of our first meeting with the Fuji X Series Club Italia, a Facebook group which has grown to include nearly 3,000 members from all over Italy and the world. Little did we know that we were about to meet one of the nicest groups of people we’d ever come across, united by the love for a brand and the art of photography.

So far, the group has met up in many cities across Italy such as Rome, Bologna and Naples. Nonetheless, we were quite surprised and excited to discover that the next meet-up spot on the list was to be our home city of Torino. The walk was organised by our friends at the Riflessi camera store and saw more than 20 members participate from Torino and the surrounding area.

Torino is an extremely interesting city for street photography. This is mostly on account of the miles of porticoes that line the main streets, casting shadows and patterns on the sidewalk that continuously change with the movement of the sun across the sky. In fact, most of our walk was spent exploring the porticoes in search of the perfect combination of light and shadow.

Since Mat was using our X-T1 with the 23mm, I decided to go for the smallest option available, a used X10 sitting in the camera store window, pleading to be taken out for the day. (I always feel terribly sorry for second-hand cameras gathering dust in a display!) Having owned an X20 for many months, a wave of nostalgia came over me as I held the light yet solid chassis in my hands. I felt as if I’d been reunited with an old friend.

Just like the X20, the X10 is a very straight-forward camera to use. The differences between the two are truly minimal: you have the more recent Q button on the X20 instead of the Raw button, a faster burst rate of 9 fps, and the replacement of EXR mode with scene recognition mode on the dial. Similarly, the EXR CMOS sensor on the X10 has been replaced with an X-Trans CMOS sensor on the X20. Both have an OVF, quite an uncommon trait on digital mirrorless cameras of today, but the X20 also gives you electronic information overlay much like a DSLR would.

Since I always like to have a purpose when I’m shooting, I decided that I would spend the day in the X10’s black and white simulation mode at shutter speeds no higher than 1/100 to capture motion blur. I was curious to see if I could capture the abstract side of this city I knew all too well and had photographed all too much. As you can see from the image below, it turns out that the metro isn’t only useful for getting from point A to B – it is also a great place to shoot!

A highlight of this particular meet-up was meeting photographer Ugo Cei for the first time in person. We first came across Ugo through his ambitious A Stranger a Day project where, as the title suggests, he takes a portrait of a stranger on the streets every day for an entire year. A few times during the meet-up, we actually saw Ugo in action, calmly asking passersby for their photograph, and usually getting an enthusiastic “yes” in return. It was quite inspiring to observe his techniques in confidently dealing with strangers, though I’m sure it will be many years before I manage to muster the same kind of courage!

The next meet-up will happen in June in the grand city of Venice. We still aren’t sure if we will be able to attend but I am convinced that it will be the walk with the most participants.

If you’re a Fuji user and have some free time next month to travel to Italy, why not join in on the fun? 😉

A special thanks to Marco Bozzato of the Fuji X Series Club and Riflessi camera store for organising the Torino Fuji Walk. We can’t wait for the next one!