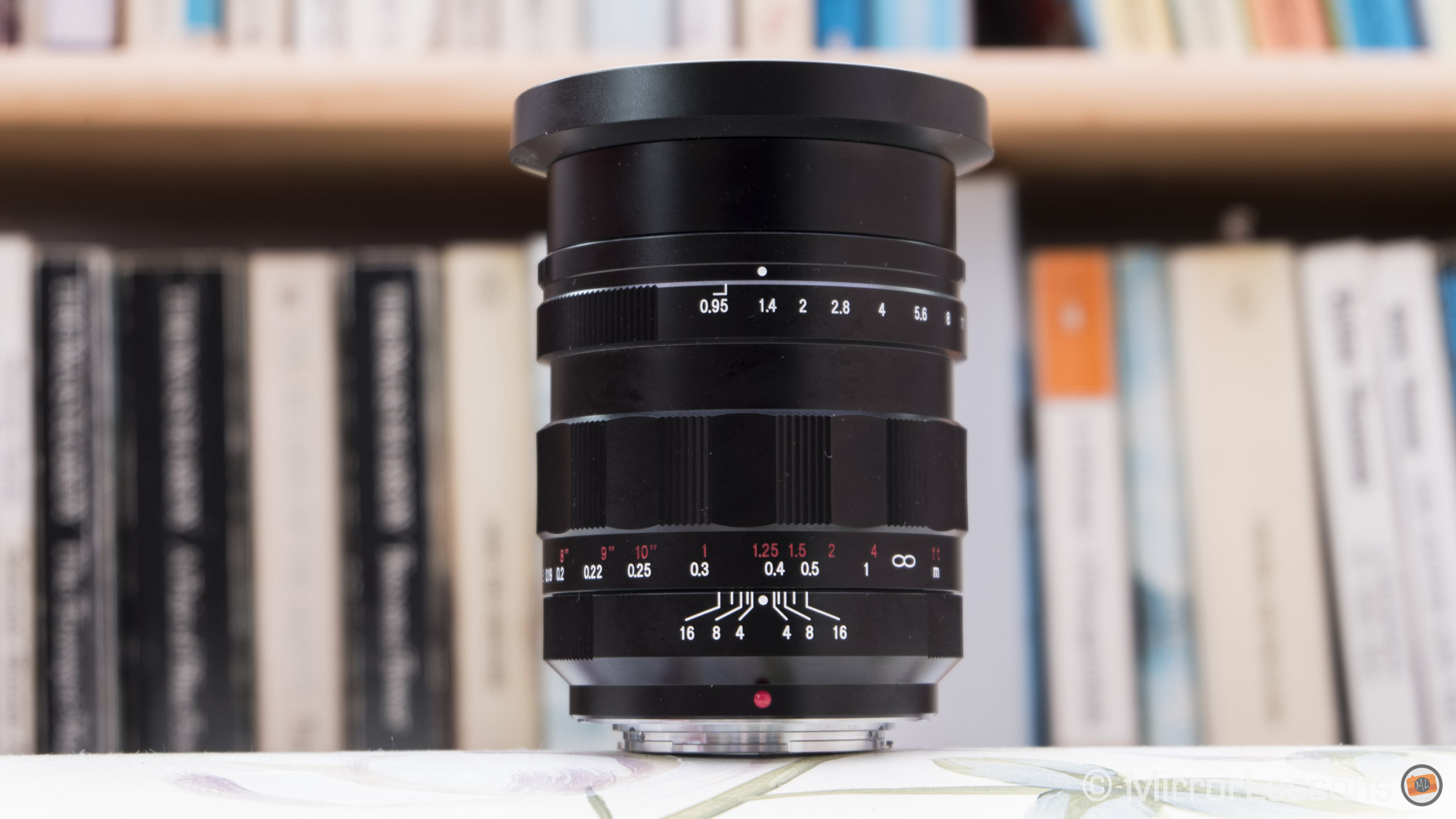 For lovers of shallow depth of field and subject isolation, it is difficult not to get wobbly-kneed when faced with an image shot at f/1.4 on a full-frame camera, especially if a shorter focal length was used. It is what many full-frame to Micro Four Thirds converts miss about their old system, and can be a roadblock for those considering the so-called switch.

This is why the Voigtlander 17.5mm, 25mm and 42.5mm prove such an interesting alternative for the Micro Four Thirds community. All three manual focus lenses share a dreamy fast aperture of 0.95, a characteristic no other Micro Four Thirds lens has at the time of writing.*

Back when we first started MirrorLessons, Mathieu had the chance to try the 25mm f/0.95 on the OM-D E-M5. He used it for a portrait session with Italian actress Alessia Olivetti and wrote a full review about it which you can read here. Now, having spent two weeks with both the 17.5mm and 42.5mm, we can complete our review of the trio.

Looking at the 17.5mm (equivalent to a 35mm focal length on full-frame format), you’d never image that it weighs 540 grams, which is actually more than most Micro Four Thirds cameras. The significant weight however is proof of its exquisite build quality; it is one pure hunk of solid metal and aspherical glass. It looks good, it feels good, and definitely suits the larger Micro Four Thirds models like the E-M1 and GH4.

That said, it is a advisable to use it with the E-M1 or any MFT camera with in-body stabilisation since the lens is mechanical and doesn’t have any stabilisation of its own.

The lens also has an intelligent build. It comes with two lens caps, one to cover the front element itself and one for the screw-on metal lens hood that accompanies the lens. Both are threaded, so you can use filters with the lens as long as you have the 58mm or 67mm adapter.

What’s more, it comes with an ingenious aperture ring whose clicking function can be deactivated by sliding and turning a bezel located above the ring. This makes the lens the perfect tool for both stills and video. When in click mode, the aperture ring turns in half-stop intervals. It is a good size, is easy to turn and doesn’t move around too freely.

As the title of this review implies, the 17.5mm along with its siblings is one of the fastest Micro Four Thirds lenses on the market. (The fastest is the Ibelux 40mm f/0.85.) The 0.95 aperture will give you something similar to that full-frame look that we all know and crave.

The “dreamy” quality of this lens is mainly due to three factors, all of which are related to the 0.95 aperture.

The extremely fast aperture has other advantages too. The most important is that it facilitates still and video recording even in very low-light conditions. With your aperture wide open, you can maintain a reasonable shutter speed while keeping your ISO values as low as possible. This is no small benefit on a Micro Four Thirds camera, as they aren’t particularly known for their high ISO performance.

A second advantage is that you can isolate your subject, even with a lens that has a relatively wide angle like the 17.5mm (35mm equivalent). Subject isolation can be quite hard to achieve on a Micro Four Thirds camera unless you focus quite close to your subject, and this is where the 0.95 aperture shines.

The colours produced by this lens are very pleasant and natural, albeit a little cooler than the results produced by a similar M.Zuiko lens. There is very little to complain about in this department!

I’ll admit that I wasn’t as impressed by the resolution of this lens as I am by similar offerings from Olympus and Panasonic. Take, for example, the image below. The first was taken with the Voigtlander 17.5mm and the second with the M.Zuiko 12-40mm at 17mm.

If you pay special attention to the foliage, you can see that the Voigtlander creates a more “jagged” rendering of the grass blades and branches compared to the M.Zuiko. Though the 17.5mm appears sharper, this jagged rendering gives the image a digital feel at the slower apertures where everything is in focus.

Of course, I’m pixel-peeping. These results only matter if you hone in on a 100% crop as I’ve done here.

The art of manual focusing

To love this lens, you have to love manual focus. From the solid metallic build to thoughtful details such as the de-clicking aperture ring and large, smooth focus ring, this lens is every manual focus lover’s dream.

The absence of electronic components also means that the lens is very precise. It is wonderful to use with either the E-M1’s focus peaking or magnification function, and can focus very close (15 cm) for a near-macro effect.

Street photographers will be glad to know that the lens also features a handy depth of field scale for zone focusing. All the apertures and distances are very clearly marked.

We used the 17.5mm on the E-M1, which features focus peaking, magnification and a high-resolution screen and viewfinder to facilitate manual focusing. I found magnification the most reliable feature for achieving perfect focus, especially at the faster apertures. Having the E-M1’s 5-axis in-body stabilisation was also helpful as manual lenses are not stabilised.

Keep in mind that the absence of electronic contacts means that the aperture won’t be registered in the exif data. You will have to add this manually later on (if you remember which aperture you used, of course!).

At the fastest apertures, you can expect to see a fair amount of both vignetting and chromatic aberration but this greatly improves after 2.8.

Flare is well-controlled, especially with the lens hood attached, though it becomes more noticeable between 8 and 16 if you shoot straight into the sun. It is the same purple flare you see on most Micro Four Thirds lenses.

When Micro Four Thirds first appeared on the scene, many people rejoiced at the arrival of these ultra-fast Voigtlander lenses as they were able to combat the poor low-light performance of the earlier models.

As the Micro Four Thirds sensor has improved over the years, this has become less of an issue. Still, the 0.95 aperture remains unique to this series of lenses and has its applications, be it achieving a dreamy full-frame look, isolating your subject, or eking some extra performance in tough light conditions.

There are only two things that could dissuade people from choosing this lens. First, it is manual focus, so those reliant on autofocus might not enjoy the experience. Second, at nearly $1000, it is quite pricey.

A special thanks to Flaghead Photographic Limited (official importer in the UK) for loaning the sample to us.