You are here: Home / Galleries / Welcome to LNDNWLK 3.0 – 35 photographers unite to explore London on foot 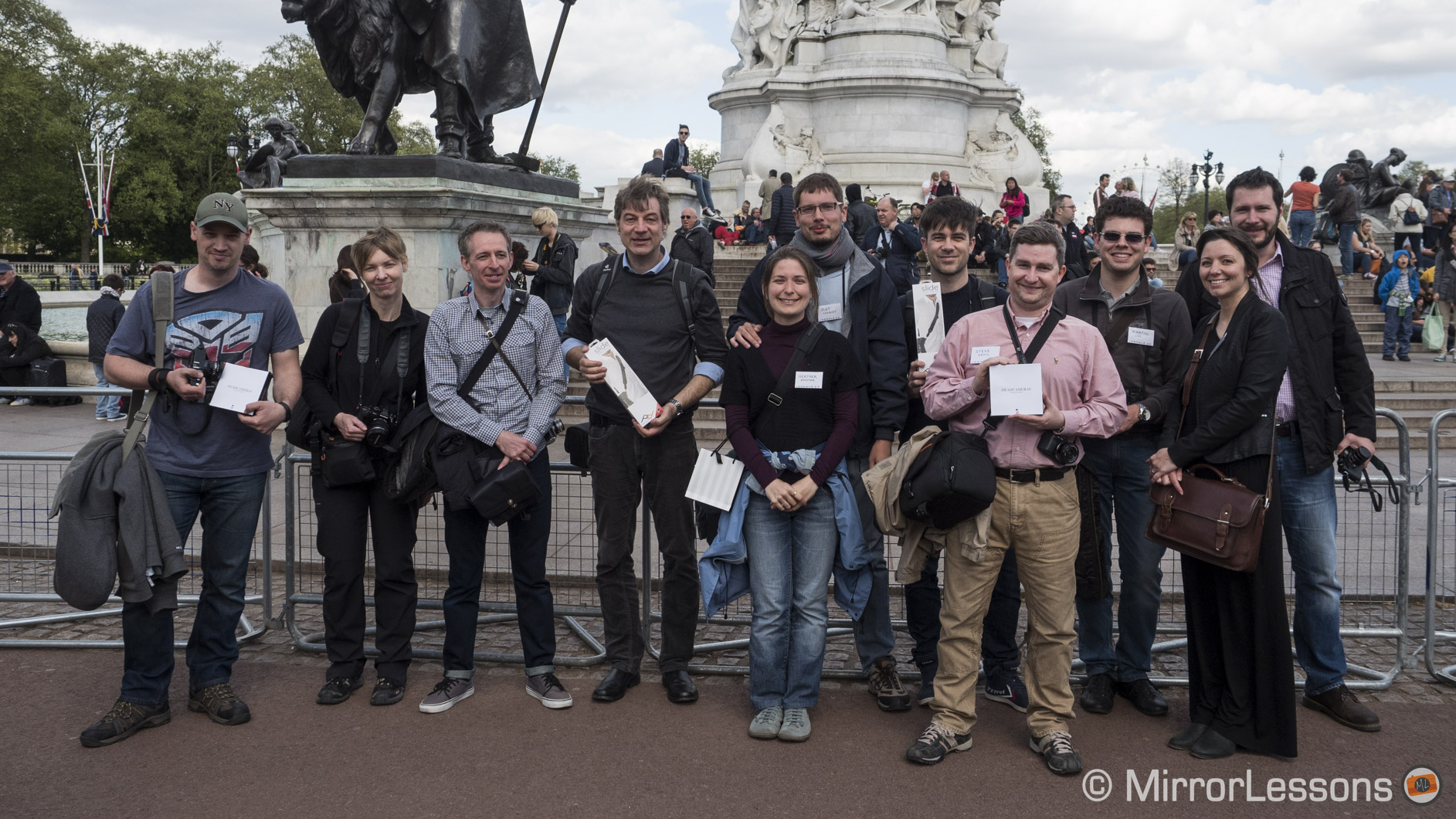 This past Saturday saw the arrival of the third edition of LNDNWLK, an informal photo walk around the great city of London organised by ourselves and art photographers Johnny Patience and Rebecca Lily. This event was the most successful yet, with over 30 photographers in attendance from countries as far as Germany and Slovakia. You can see a summary from the past two events here and here.

The route was fairly traditional, starting at Buckingham Palace and ending at The Boundary, a French restaurant in the Shoreditch area. It began with a giveaway where seven participants won prizes generously contributed by our sponsors. Thomas Ludwig of Cosyspeed, who travelled all the way from Germany to attend the walk himself, contributed a Cosyspeed Camslinger 160 Black Street Edition belt bag, while Peak Design pitched in with two Slide straps and DeadCameras with four handmade leather straps.

On the way, we saw a number of important landmarks including Green Park, Trafalgar Square and St. Paul’s Cathedral. Between an anti-Tory protest halfway along the route and the glorious weather despite gloomy a forecast, many of the more dedicated LNDNWLK attendees managed to take some great shots. We, on the other hand, ended up spending most of our time chatting with our fellow photographers, many of whom we’d only ever met in the virtual world of Twitter and Google+. It was indeed lovely to put names to faces after all this time and see some familiar faces from previous the walks as well!

Before the walk, Johnny Patience held his second ever film workshop at the Leica Akademie Mayfair. During the three hours, he covered the technical foundations of film photography and held in-depth discussions about finding and developing one’s artistic style. Everyone received free Kodak film and a voucher for Richard’s Photo Lab, both of whom sponsored the workshop, while one lucky participant won a Leica M2.

Those interested in attending one of Johnny’s workshops should head to New York City later on this year, as he and Rebecca will be holding an NYCWLK there on September 12th 2015.

The dinner at The Boundary was a wonderful way to end off a perfect day. Following a complementary champagne reception on the rooftop where we were treated to glorious views of the city, we indulged in a delicious three course meal in our own private corner of the restaurant.

All in all, we couldn’t have asked for a better day. The weather was fine, the company was good, and the walk went off without a hitch!

If you too would like to attend a future London photo walk, keep your eyes on our Twitter account and Google+ Mirrorless Community. That way, we can guarantee you’ll be the first to know about it! 😉

Here are a few galleries that some of the walk participants have shared online. If you too have shared your photos from LNDNWLK in a blog post, on Flickr or elsewhere, drop us a line and we’ll add your link to this list!