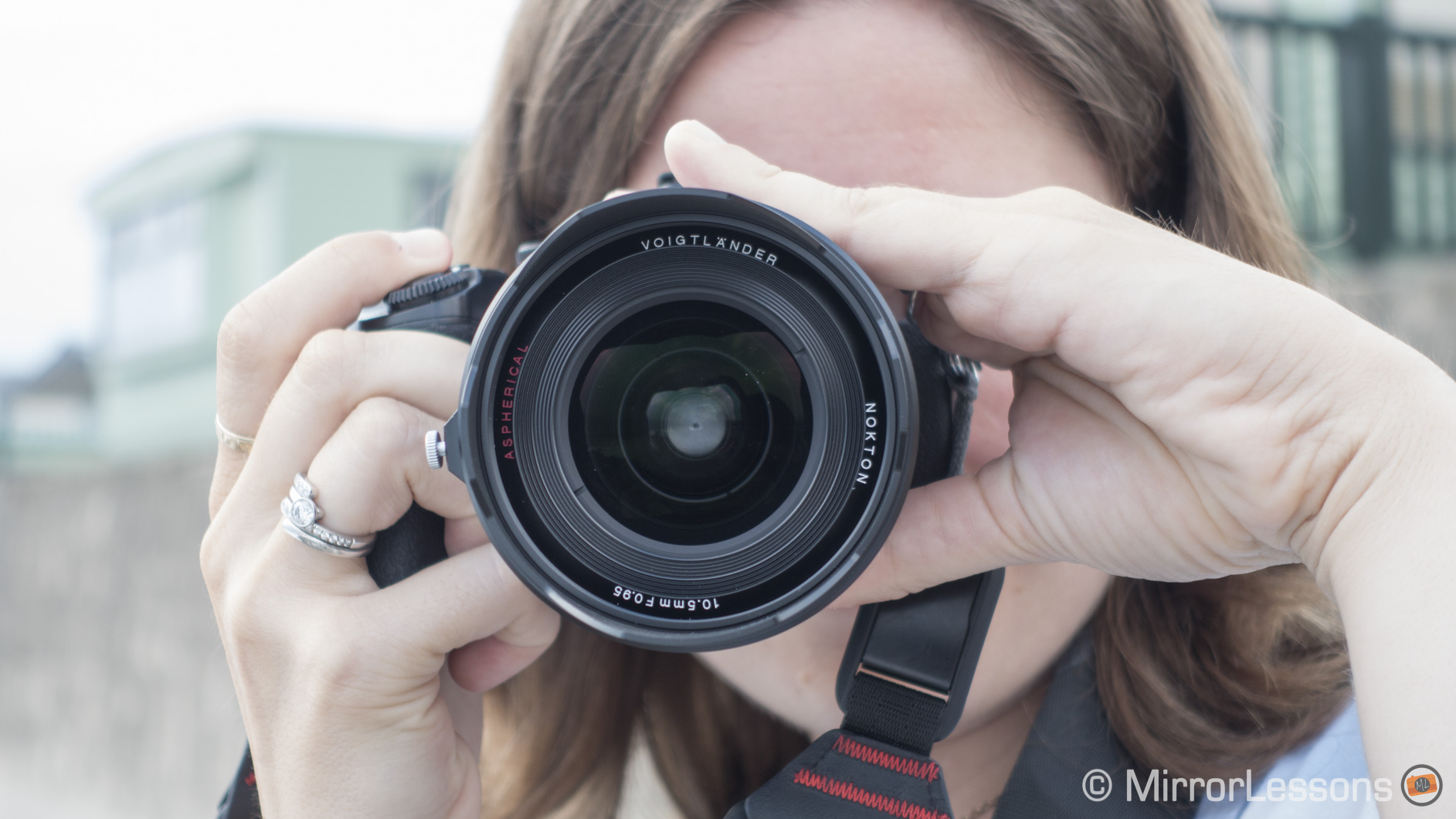 The Micro Four Thirds system has wide-angle primes and zooms aplenty but the same cannot be said for extreme wide-angle non-fisheye primes. Enter the Voigtlander 10.5mm f/0.95, a lens that claims two important titles: not only is it one of the widest non-fisheye primes for Micro Four Thirds*, but it is also the fastest wide angle lens for the system.

With specifications like these, it is no wonder that Micro Four Thirds users have been waiting with great anticipation for the arrival of this lens, and what a wait it has been. Although it was first shown at Photokina in September 2014, it only just started shipping in mid-June 2015.

A few months ago, we tested the 17.5mm f/0.95 and 42.5mm f/0.95, two other Voigtlander lenses in the series whose fast aperture lends itself to a variety of applications, including low-light shooting and achieving a shallow depth of field with a full-frame cinematic look. The 10.5mm is no different, though being an ultra wide angle, the reasons to use an extremely fast aperture are somewhat less apparent on the surface.

Is the Voigtlander 10.5mm f/0.95 worthy of the wide-angle lover’s attention? It’s time to find out!

The Voigtlander 10.5mm f/0.95 (21mm equivalent) is a manual focus lens for the Micro Four Thirds system. It has a total 13 elements in 10 groups with Super High Refractive element and Aspherical element. Thanks to its minimum focus distance of only 17cm, you can get very close to your subject and achieve a decent bokeh with the fastest apertures. This is helped by the 10 aperture blades.

At 585g, it is certainly one of the heaviest primes for Micro Four Thirds, in no small part due to its all metal build. On the barrel, you have both a large metal focus ring and de-clicking aperture ring marked in half stops. There is also a distance scale, which makes zone focussing possible, and a removable metal lens hood.

I really like the build of the 10.5mm: it is clearly marked, solid and comes across as the kind of lens that could take a mild battering. The aperture ring turns in satisfying clicks for stills, and glides back and forth smoothly when de-clicked for video use. I find it a little too heavy for a Micro Four Thirds lens but it balances quite well on larger cameras like the E-M1 or GH4.

Since the lens is completely manual, you have to rely on a mix of zone focussing and the camera’s built-in focus assists to bring your subject into focus. I frequently used the distance scale at the slower apertures, while for the faster apertures, I magnified the area of the image that interested me and made the appropriate manual adjustments. The focus ring is easy to use and precise when used in conjunction with your camera’s manual focus assists. You have to turn it quite a few times to go from the minimum focus distance to infinity.

Even before I mounted the 10.5mm on the E-M1, I was well aware that sharpness and resolution could be two potential concerns with this lens. Both the 17.5mm and 42.5mm demonstrate a lack of sharpness up until about f/2.8, and the 17.5mm in particular has less resolution than similar offerings from Olympus or Panasonic.

Like the other 0.95 aperture lenses, the results are indeed softer and less contrasty at the fastest aperture but are still very useable if your aim is to achieve a dreamy out-of-focus rendering. Centre sharpness peaks between f/2 and f/8 while corner and edge sharpness improve the more you close your aperture, with optimal results being found at around f/11.

Something to note is that the results become softer the closer you focus, especially around the edges. This is a trait of the entire Nokton series. Of course when using a fast aperture in conjunction with a short focusing distance, it is always more difficult to achieve a sharp image.

If you take a shot where everything lies at a significant distance from the lens, however, it is possible even at f/0.95 for the edges to retain much of their sharpness, just as in the example below. The results are far from perfect but they are certainly useable.

This being the case, I found the 10.5mm a surprisingly good companion for astrophotography. By opening your aperture to f/0.95 or f/1.4 and setting the distance scale to infinity, it is possible to take a decent star trail or nightscape. Using a very fast aperture will result in brighter stars, as more light is allowed to reach the sensor.

Below you can see an example we took down at the Dysynni river. There was a full moon out at the time, so the conditions weren’t ideal, but we still managed to take a star trail at f/1.4 using the OM-D’s Live Composite mode. We followed up with a couple of nightscapes at f/0.95, which also turned out quite well. As you can see, the loss in detail in the sky at the centre and the edges isn’t very significant at all. The bridge and foreground, on the other hand, display less detail due to a combination of the fast aperture and the fact that the lens was focussed to infinity.

In the end, it’s a compromise: in exchange for a very fast aperture that lets in lots of light, you trade in some detail and sharpness.

Astrophotography isn’t the only application for which the fast 0.95 aperture comes in handy. The truth is that it is perfect for low-light photography of any kind. For example, when I brought the lens along to a night photography session at the Talyllyn Railway, I was able to keep my ISO values very low (usually around 200) by using the 0.95 aperture and the E-M1’s built-in 5-axis stabilisation. By comparison, everyone else around me had no choice but to use a tripod, very high ISO values, or a flash.

As for the resolution, a few tests shots of grassy areas revealed that it is far better than that of the 17.5mm, whose rendering produced pixelated edges, especially in foliage. This is very good news for landscape photographers interested in this lens. For the best results, keep your aperture value between f/8 and f/11 just as you would with any other wide-angle lens.

Perspective distortion is a given with a 21mm equivalent lens and from what I’ve seen, it isn’t too invasive. There is also some very slight barrel distortion but it isn’t nearly as significant as I had originally thought.

From what this lens does suffer, like many wide angles, is purple and green colour fringing in high contrast scenes. It is most evident at the fastest apertures but can be seen even as you stop down. Lightroom does a very good job of removing the worst of it but I think we’d all prefer not have it there in the first place!

As for vignetting, you will come across some at the fastest apertures but it all but disappears at f/2.8. Flare, on the other hand, is present throughout the aperture range, though its intensity will depend on the scene and where the sun sits in your picture. As Micro Four Thirds flares go, I find it quite attractive – it ranges from small circular balls that appear randomly around the light source to the more traditional succession of oval shaped flares of varying sizes and colours. You can see quite a bit of flare in the time-lapse I took during the Talyllyn Railway’s 150th anniversary celebration below.

I briefly talked about the pleasant out-of-focus rendering above, and it deserves a second mention. Like its siblings, it has a creamy smooth rendering that is anything but busy and helps make the subject stand out from the background. If you are looking for a wide lens that can give you a full-frame look on a MFT camera, this is the one to choose.

As with any manual focus lens, there aren’t any electrical contacts that can transmit the EXIF data from the lens to the camera. Should you want to record your aperture, the best thing to do is to make a recording each time you change your aperture value. This can be done on the OM-D by going to your image in playback mode, pressing the OK button and scrolling down to the microphone icon. Mathieu shows you exactly how to do this in our hands-on video below. Sadly, it doesn’t appear that a similar function exists on Panasonic cameras, so if you have a Lumix, you’ll have to find another way to record your aperture.

If you’re curious to see more images taken with the 10.5mm f/0.95, you can visit this gallery taken at the Talyllyn Railway or check out a full selection of images in our SmugMug gallery.

The 10.5mm vs. other wide angle options

A question on the minds of potential users of this lens might be: what would justify choosing this lens over other wide-angle, non-fisheye offerings from Olympus and Panasonic?

Judging from what I’ve seen while using this lens, there are a few characteristics that set it apart from the rest:

But there are also a number of reasons to favour the competition (especially the new M.Zuiko 7-14mm f/2.8):

I’m going to conclude by saying what most have you have probably already guessed if you’ve read this review from start to finish: this wide-angle lens is a niche product. It has some excellent characteristics, from the extremely fast aperture to the exceptional build quality and various manual focus assists on the barrel, but these may not be enough to justify spending the same amount you could potentially spend on a similar wide angle option for Micro Four Thirds.

My feeling is that the 0.95 and 1.4 aperture values have to make some sort of tangible difference to the kind of photography you do for the lens to be a worthwhile purchase. I’m talking about the concert photographers, unconventional landscape photographers, and astrophotographers amongst you. Perhaps the only other exception is if you are a die-hard manual focus fan whose knees start to quiver at the mere mention of the words “distance scale”. Otherwise, you can find everything you need and more in similar (and often less expensive) options from Olympus and Panasonic.

Many thanks to the UK Voigtlander distributor FlagHead Photographic Ltd. for providing us with a review sample of the 10.5mm f/0.95!