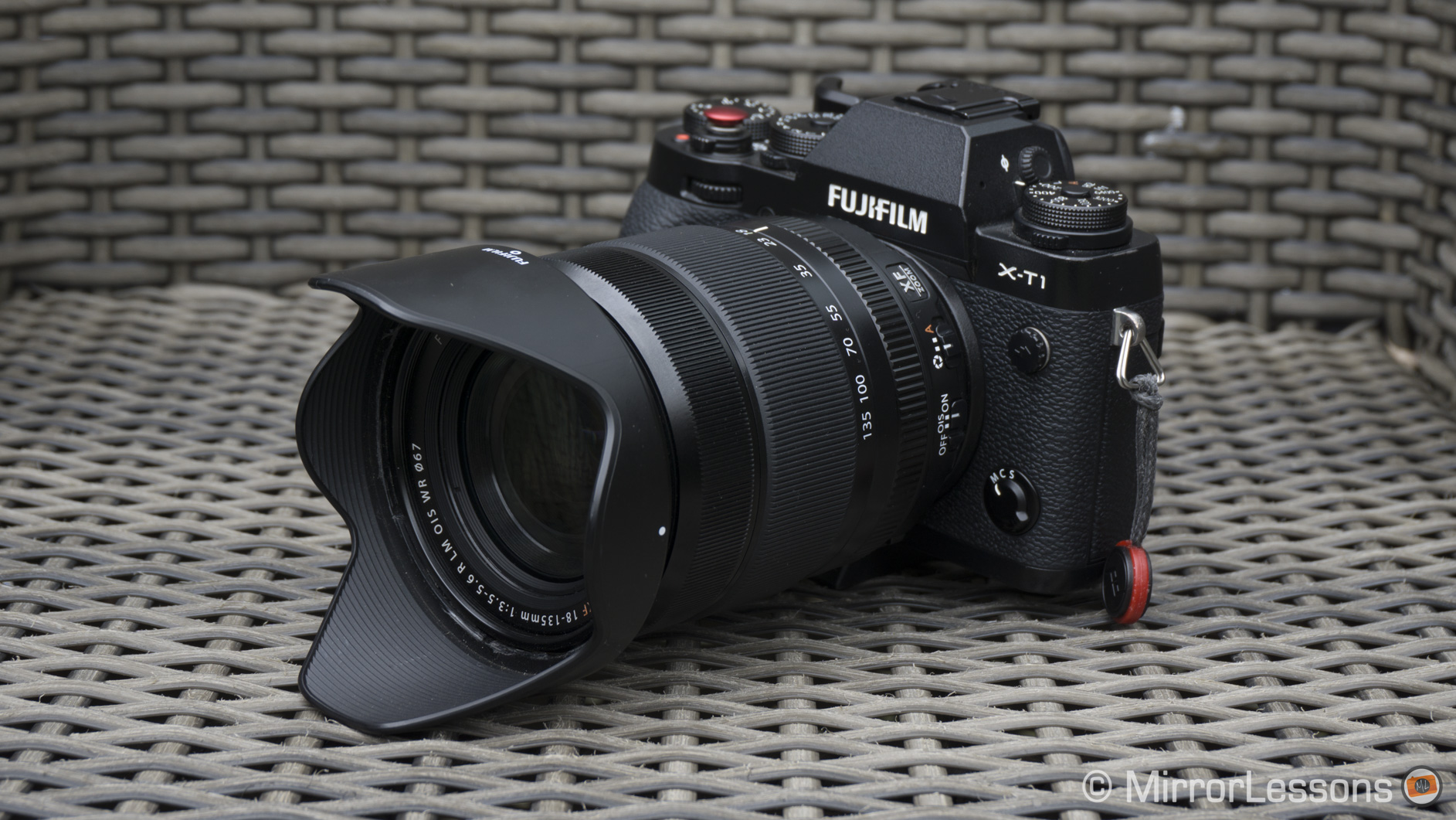 Whenever I go out to shoot, I’ve noticed that my perception of reality adjusts to the focal length at the end of my camera, and I’m sure I’m not alone in feeling this way.

It always takes a while for your mind to begin to see just as the lens sees, but once it does, you are able to visualise compositions that would never occur to you otherwise. A wide-angle lens will force you to look at the bigger picture, while a telephoto lens will train you to lock onto individual details, such as a brush stroke of light on a hilltop or a small leaf dancing in the wind. Even a scene you’ve shot numerous times with one focal length will suddenly reveal a whole new series of hidden angles and viewpoints when you begin using another.

This is why I have a bit of a love-hate relationship with all-purposes lenses. Upon encountering a potentially interesting scene, it is easy to feel overwhelmed by the numerous ways to approach it. Should I use a wide angle? Should I focus in on the details? Or what about something in between? The truth is that I personally wind up taking far fewer pictures with all-purposes lenses than with any other kind of lens because they provide too much choice.

The Fujinon XF 18-135mm f/4-5.6 is one of these all-purposes lenses. With an equivalent zoom range of 27mm to 206mm, it covers all bases from the standard wide angle to the extreme telephoto. Though it isn’t my favourite kind of lens, it has much to recommend it, from the inclusion of optical stabilisation to weather sealing. Interested to know more? Then let’s keep going!

The XF 18-135mm isn’t a small lens by any means but this can only be expected from such a high zoom ratio. It is quite light at 490 grams and balances well on the X-T1 but it would look and feel a little oversized on any other X series camera. By comparison, the professional XF 50-140mm f/2.8 zoom is about twice the length and weight of the 18-135mm. The 18-135mm becomes as long as the 50-140mm when zoomed out to its maximum focal length.

In keeping with Fujinon tradition, nearly every aspect of the lens has been thoughtfully designed. The barrel is completely weatherproof, which is an additional reason it matches the X-T1 so well, and features a ribbed focus and zoom ring, both of which are easy to turn and accurate. The aperture ring, too, is ribbed and turns in third stop intervals with very satisfying clicks.

On the side of the barrel, you’ll find an Optical Stabilisation switch, as well as an Automatic/Manual switch which gives you the option of manually choosing your aperture or leaving it to the camera to decide.

The lens comes with a removable petal-shaped lens hood that protects the front element and reduces flare. The hood is plastic, whereas the rest of the barrel is constructed of plastic and metal.

I wasn’t at all disappointed by the image quality produced by the XF 18-135mm. It is a big step-up from your average ‘kit’ lens with a zoom range that is just as capable of reproducing a specific object within a landscape as it is of reproducing the landscape itself. (Another good kit lens from Fujifilm is the 18-55mm f/2.8-4.)

Being a multi-purpose lens, it would be unfair to expect the same sharpness from the 18-135mm as you’d get from the XF 50-140mm for example. Compared to other all-purpose zooms with this range, however, it is certainly on equal footing, if not better.

At 18mm, sharpness appears fairly uniform from f/3.5 right up to f/11 with the best performance occurring at around f/8. The same can be said at 135mm, though at this focal length the fastest aperture goes from f/3.5 to f/5.6. The best performance can be achieved in the middle of the zoom range. Diffraction begins to set in after f/11 but only becomes very noticeable after f/16.

Given the fastest aperture of f/3.5, the bokeh will never match the out of focus rendering of a very fast prime but it is still quite pleasant and does not distract from the subject.

Flare and ghosting are very well controlled overall thanks to the HT-EBC multi-layer lens coating. The worst I came across were some some oval-shaped rainbow flares and some sensor flare at the slowest apertures.

Vignetting made a very slight appearance at 18mm at f/3.5 but it almost completely disappears once you stop down to f/4. Chromatic aberration is kept in check by the four aspherical elements and two extra-low dispersion elements. I found very small traces throughout the apertures, with the f/3.5 producing the most, but it is barely noticeable. I did not notice any relevant distortion in the images I took.

During our two weeks with the lens, Mathieu had the chance to put its autofocus mechanism to the test at a marathon, off-road bike race and classic car race, where he also used the XF 50-140mm. (You can check out his in-depth autofocus test of the X-T1’s new firmware 4.0 here.)

He observed that the 18-135mm is somewhat slower than the 40-150mm on the X-T1 in both S-AF and C-AF modes but still perfectly good for everyday use.

In my tests, I found the S-AF very good in normal light conditions, and only slightly worse in low light. It hunts ever so slightly when there is a lack of contrast but it rarely fails to lock onto a subject. Since the lens utilises an inner focussing system and a linear AF motor, focussing is both smooth and quiet.

For those who like close-up photography, the lens has a reasonable minimum focus distance of 45cm at all focal lengths. Should you want to shoot even closer, there is always the affordable option of a macro converter like the Raynox 250, which works with focal lengths equal to or longer than 70mm (35mm equivalent).

One of the lens’ defining features is its optical stabilisation, which can be activated and deactivated via a switch on the barrel. It works thanks to a combination of dedicated OIS Unit Lenses, a redeveloped algorithm that checks for camera shakes, and two high-precision gyro sensors that detect high and low frequency shakes. With the IOS activated, I was able to take in-focus shots down to 1/5th of a second at 18mm and 1/8th of a second at 135mm if I kept my body very steady.

While I’m not a fan of multi-purpose zooms in general, I found the XF 18-135mm f/3.5-5.6 to be a very high performer for its class. However, unlike other multi-purpose zooms for DSLRs and mirrorless systems, it is on the expensive side at around $900.

Would I recommend the XF 18-135mm? If you aren’t keen on changing lenses and engage in many different photography genres, I’d say it was a no-brainer. It will give you 90% of the focal lengths you’ll ever need for your photography and won’t disappoint as far as optical quality is concerned.

If, however, you have an appreciation for fast primes – and heaven knows Fujifilm has made a lot of good ones – then I would be less tempted to recommend it. Even for action or wildlife, I would lean toward the less expensive XF 50-200mm f/3.5-4.8 or, for the serious shooters, the professional XF 50-140mm f/2.8.