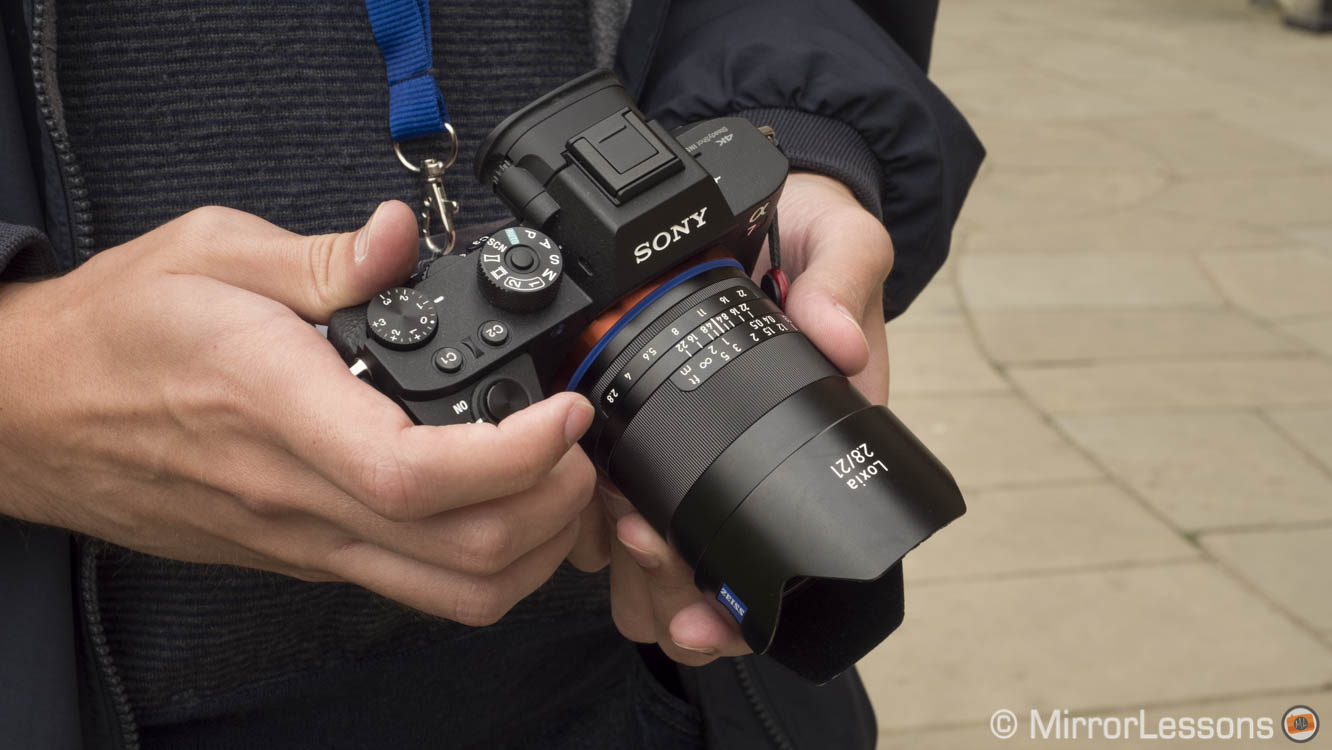 Today we spent a very pleasant day at the Zeiss Headquarters in Cambridge where we had the chance to try the new Loxia 21mm f/2.8 lens for the Sony E-mount system. In truth, this wasn’t the first time we’d seen the lens, as a prototype was on display at the Milvus event in Oberkochen (see our report here). But since the lens was still under embargo, we were kindly asked to remain quiet about it until the official announcement that happened the following week.

Of the eight samples travelling around the world at the moment, only one made it to England, so we and the other bloggers and journalists present had to take turns using the lens as we walked around the very impressive Kings College and experienced “punting” on the River Cam for the first time. Given the limited time, I’ll stick to sharing my first impressions and leave my in-depth analysis of optical quality for our final review.

The construction is on par with the other two Loxia lenses (review here): it has an all-metal build and the blue rubber seals the mount against dust and water. I noticed that the focus ring has been given some added resistance compared to the smooth focus rings of the two other Loxias, which is very nice to see. The aperture ring however moves more freely even with the clicking mechanism activated. I altered my aperture inadvertently a few times because of this. It can also be de-clicked with a small screwdriver for video shooting.

The lens has the same diameter as the other two Loxias but is slightly longer. The filter thread is the same at 52mm. Overall the dimensions remind me of the FE 55mm f/1.8. The included petal shaped hood is made of metal. My only complaint is the same as with the two other lenses which is the lack of space between the mount and the two rings. It gives you less of a good grip on the lens when you mount or unmount it.

The day was overcast so there wasn’t any real chance to test flare resistance so I concentrated on architecture and distortion. Note that the latter isn’t corrected in camera so we’ll have to wait for Lightroom to update its lens profile database. So far I do find the performance good but there is some visible barrel distortion.

Sharpness at the centre is already excellent at f/2.8. Given the wide angle of the lens, achieving bokeh is more difficult but the lens can focus fairly close (25cm) and the results are not bad. Sharpness in the corners at close apertures is really good so the overall optical quality looks very promising. Note that unlike the 2/35 and 2/50, the 21mm features a brand new design (Distagon type).

My first impressions are very positive and the form factor of the lens is just perfect for the A7 series. This is what I like about the Loxia range in general: the diameter fits the mount perfectly. I hope to receive a sample to review very soon. In the meantime, you can check out various sample images taken with the Sony A7r II. Click on any of them to open the full res version.

You can see more sample images in our Smugmug gallery here!