You are here: Home / Galleries / Zeiss Milvus on the Sony A7r II – An image gallery through Zeiss history with some fun facts 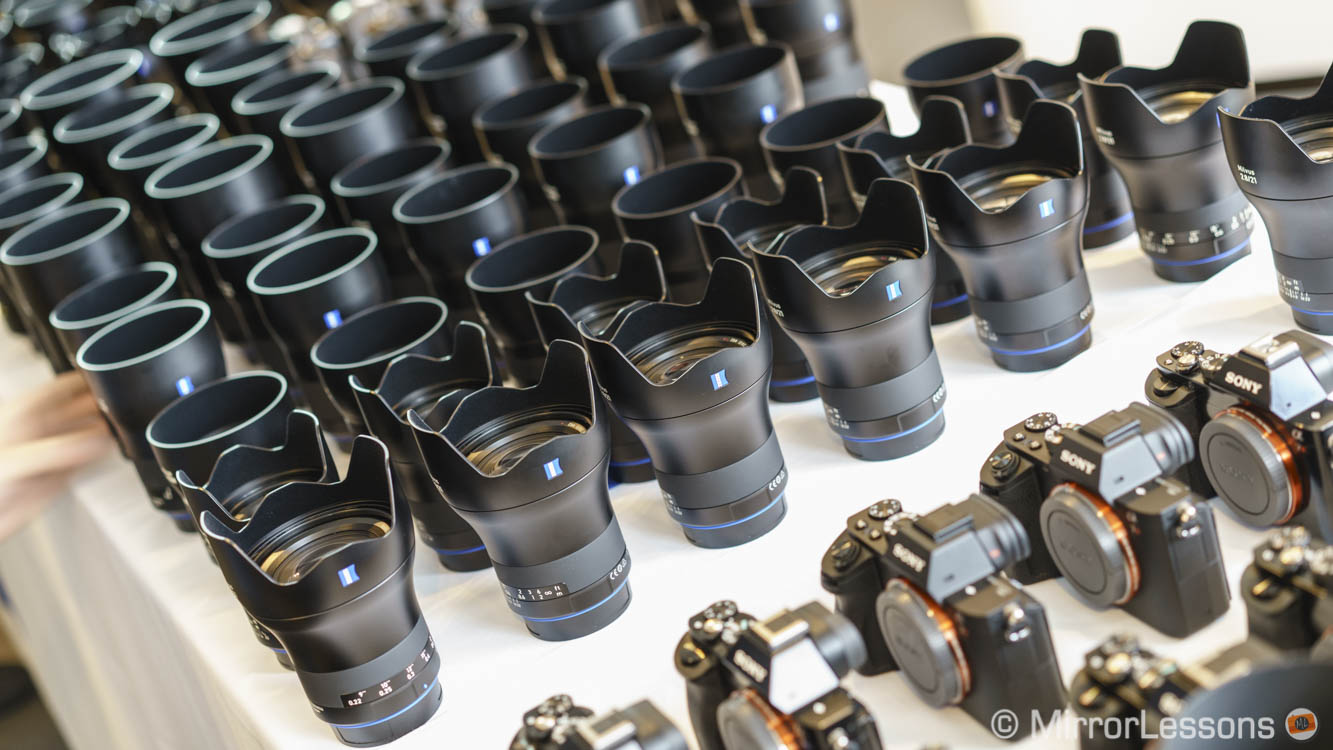 I was invited, along with many other journalists and bloggers, to visit Zeiss’ headquarters in Oberkochen, Germany. The event was organised to launch a new series of products and to celebrate the 125th anniversary of Zeiss camera lenses. Before attending, I wasn’t exactly sure which products Zeiss would announce and it turned out they are not directly mirrorless related. Instead, the German brand presented a new series of DSLR lenses called Milvus.

Since I had the Sony A7r II with me and a Canon mount adapter (Fotodiox Pro), I thought that I might share a few pictures taken with the new lenses, some personal considerations and a handful of interesting facts about the history of the brand. So whether you are interested in the new Milvus family or simply in the Zeiss brand, this article should satisfy your curiosity.

Milvus is yet another family of lenses named after a bird species. Curiously, in the Milvus family, you can also find the Red Kite, which I had the chance to photograph recently with the A7r II and Sigma 150-600mm. Coincidence? I think not! 😉

The Milvus lenses and an important statement 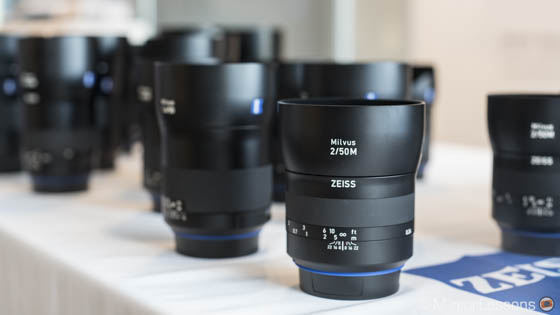 The Milvus family is composed of six lenses (more will be released in the future):

As I said at the beginning, the lenses are designed for Canon and Nikon DSLRs. They represent a new generation of high quality manual focus lenses. The previous ZE/ZF series is now called Classic, and it remains in the line-up. The new lenses received updates such as weather sealing and a new external design that is somehow a mix of the Loxia/Batis design (but no OLED screen). Out of the six, four of them (21, 35 and the two Macro lenses) also received improvements on the lens elements to reduce flare, CA and increase the performance, but the lens design remains the same. Zeiss calls them HDR ready, claiming that ghost and flares resistance has been taken to the next level. The other two lenses (50 and 85mm) are based on a new design.

The lenses are a joy to use, I won’t deny that. They are large and heavy and definitely fit a DSLR better than the smaller A7r body but the build quality is exceptional and the focus ring is a real pleasure to use: fully mechanical, very precise and very smooth. The advantage of the electronic viewfinder as well as the peaking and magnification options for manual focus definitely enhance the user experience. The prices vary from €1100 to €1700 depending on the focal length.

Zeiss also stated that the Milvus lenses work well on Sony’s E-mount and Micro Four Thirds cameras because they are also designed for video. They are colour matched which makes them ideal for colour grading in video production. They get the same de-click mechanism from the Loxia family (you loosen a screw on the rear) and they are 4K ready. Actually they also tested them on the Red Dragon 6k camera. Zeiss’ goal is to create lenses that are durable through time and can work well on future cameras with higher resolution and video standards that the ones currently on the market.

Below you can watch a quick video shot in 4K with the A7r II and the six Milvus lenses.

During his speech, general product manager Christophe Casenave clearly stated that DSLRs are not dead.

While it is true that most of the new exciting technology has been found in mirrorless cameras lately rather than DSLRs, the latter still have a very important place in the market and a vast number of users. What is also interesting is that Zeiss released 6 new DSLR lenses in a row. Granted, four of them are updated versions but so are the two Loxia E-mount lenses released last year. Zeiss seems to be willing to invest as much in the DSLR system as in the mirrorless system. 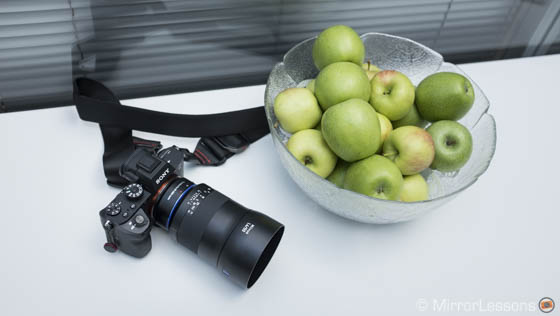 Another interesting point is that the Sony system could become more of a hybrid concept rather than a system that can survive on its own. Since the release of the first A7 cameras, there has been a lot of interest in using third party lenses (both old manual focus lenses and Canon/Nikon lenses). At the beginning it was also dictated by the lack of native lenses available but today that argument has started to lose its strength.

However, the new A7r mark II with its improved sensor and autofocus system can be used with native Sony FE, Sony A-mount and Canon EF lenses (as long as the adapter is compatible and delivers good results). You certainly sacrifice weight and size but that has already happened with some of the native E-mount lenses like the 35mm 1.4. The Milvus lenses almost look like they could have been built for any system and it seems that the family will grow faster than the Loxia/Batis family.

Now enough talk: here are the images taken with the new lenses mounted on the A7r mark II, as well as some of the most interesting facts I picked up during our visit to Oberkochen. The interiors were all taken at the Zeiss Headquarters during the first day while the exterior images were taken the following morning in a nearby town called Schwabisch Gmund. Click on each image to open the full resolution version. 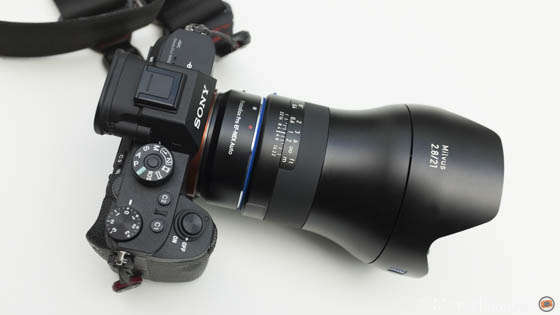 Zeiss’ research and knowledge about optics led them to dabble in many different fields. These include designing scopes for rifles and telescopes for submarines (that division has been then sold to another company), medical technology, spectroscopy and semi-conductors. The last on the list is actually one of the most important applications for Zeiss. Indeed, there could be some Zeiss tech in your USB card! This makes you realise that photography lenses are only one small part of Zeiss optics business. Zeiss also designed the first Planetarium projector in the world in 1923 (when the company was still named Zeiss Works of Jena). It was installed in the Detaches Museum in Munich.

The T* anti-reflective coating that reduces flare was invented by Alexander Smakula in 1935. It is still used today in most Zeiss lenses. 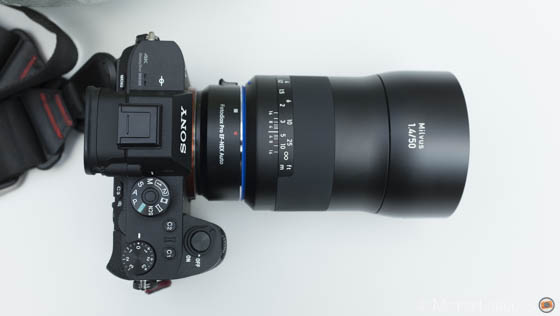 Among the treasures found in the Zeiss museum, there are the binoculars that Napoleon used in the Battle of Waterloo in 1815 and a pair of glasses designed for the Austrian emperor.

12 medium format Hasselblad cameras equipped with Zeiss lenses were left on the moon after Apollo 11’s mission in 1969. Quoting a joke from our tour guide, “they chose to bring back stones instead”. 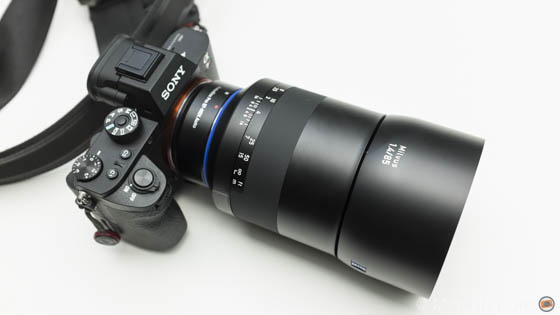 The 85mm includes seven elements made of special glass with anomalous partial dispersion. The lens has a fully spherical design and Zeiss stated that it has the most beautiful bokeh and 3D pop an 85mm can achieve (excluding the 85mm Otus of course!).

Zeiss invented the measurement of the potential optical performance of a lens, also know as MTF (Modulation Transfer Function). You have certainly seen some of these charts in press releases and official pages about photography lenses. 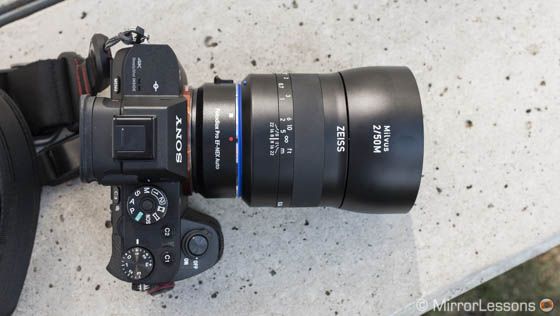 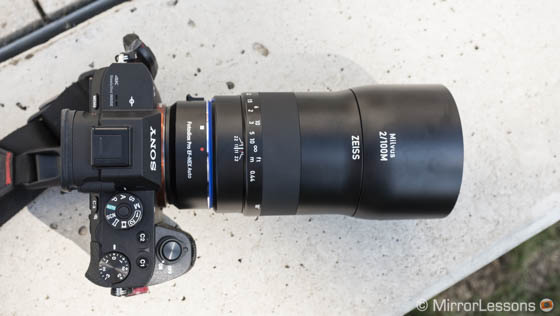 Zeiss is also know for its cinema lenses which are far more expensive. The Master primes have been used for movies such as The Lord of the Rings. Part of the reason they are so expensive is that they are the only lenses that are completely manually assembled by specialised technicians here in Oberkochen. That very specific “smoothness” focus pullers require in the focus and aperture rings can only be made by human hands. The only two digital cameras made by Zeiss are the one found on Nokia Lumia smartphones where Zeiss took care of both the optics and the sensor.

Note: the two pictures below were taken with the FE 55mm 1.8.