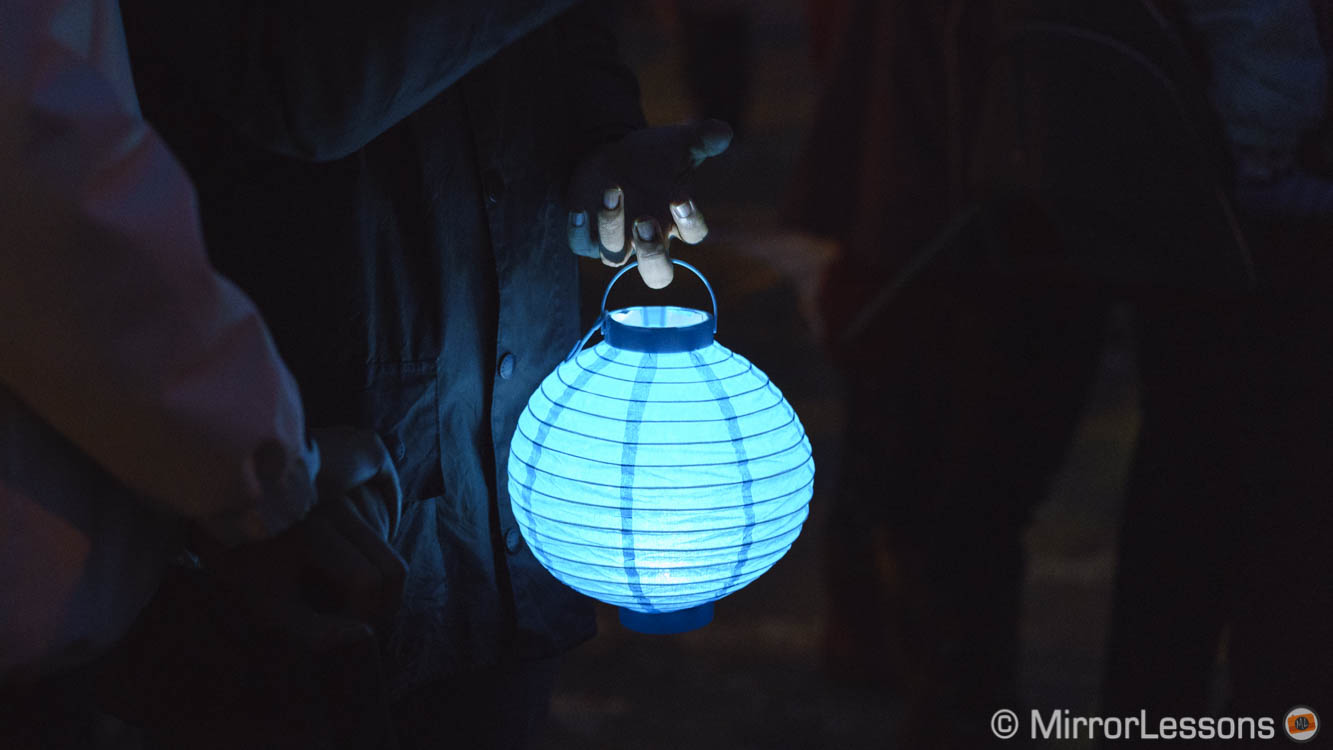 Yesterday evening, the annual summer lantern parade took place in the small and picturesque town of Aberdyfi (Mid-Wales). The rain moved in just as the event was about to begin but that didn’t stop the many holiday-makers from showcasing the paper lanterns they had built over the past three days.

The event took place on the beach near the Lifeboat station. Many people lined the promenade, waiting eagerly for the lanterns to appear off in the distance. The parents shaded themselves with umbrellas while the kids played in the sand with their glow sticks, unheeding the bad weather.

The parade started at the other end of the beach behind a grass-covered sand dune. The procession walked slowly toward the Lifeboat station holding lanterns of many different shapes, from fish and other sea creatures to boats and hot-air balloons. It was already very dark and therefore an excellent opportunity to test the low-light capabilities of the new Sony A7r mark II, which we just bought a couple of days ago.

I took all the shots using my trusty FE 55mm f/1.8. The autofocus of the new camera worked really well in these poor light conditions. I came back home with more than 100 photos and most of them were perfectly in focus. I noticed some lack of focus accuracy in some shots but most of the time the camera locked fast and without hesitation. The A7r II struggled only when the scene had very poor contrast. Overall the AF performance was excellent in both S-AF and C-AF.

The event ended with some fireworks on the beach. Here a shorter focal length would have been more useful but I managed to get some interesting shots in portrait (vertical) mode. I decided to use the full mechanical shutter on purpose (no first electronic curtain, no electronic shutter) to see how well the newly designed shutter would behave and I can say that, as of now, it is the best improvement made to the A7r. Despite the weird sound it produces, shutter vibration has been greatly reduced. Combined with the 5-axis stabilisation, you can get really nice results.

After the firework show, people slowly started to head back home, as the rain was intensifying. I took some final shots to try the highest ISO values. Considering that it is a 42 megapixel sensor, I have to say that the high ISO performance is really good. To me the files look usable up to 6400 ISO. Of course noise will become more visible at 6400 but I consider it acceptable and not overly invasive. At 25600 ISO the noise becomes more intrusive and the last two values (51200 and 102400, which are extended values) should only be used for “emergency” shots. However, since 5-axis stabilisation is built into the camera, I doubt you’ll need to go that far. All the images have been exported from the Raw files in Lightroom. I applied as little colour noise reduction as possible: 15 up to 6400 ISO, 25 from 12800 ISO.

These are my first real world images taken with the new A7r mark II. Heather and I decided to buy it so as to perform a long and in-depth test and publish many different articles. My plan is to take as much time as I need to understand if it is just an improved version of the other A7 models or if it really is a game-changer.

Be sure to follow us for more articles about the Sony A7r II and don’t hesitate to ask any questions about the camera in the comments section below!