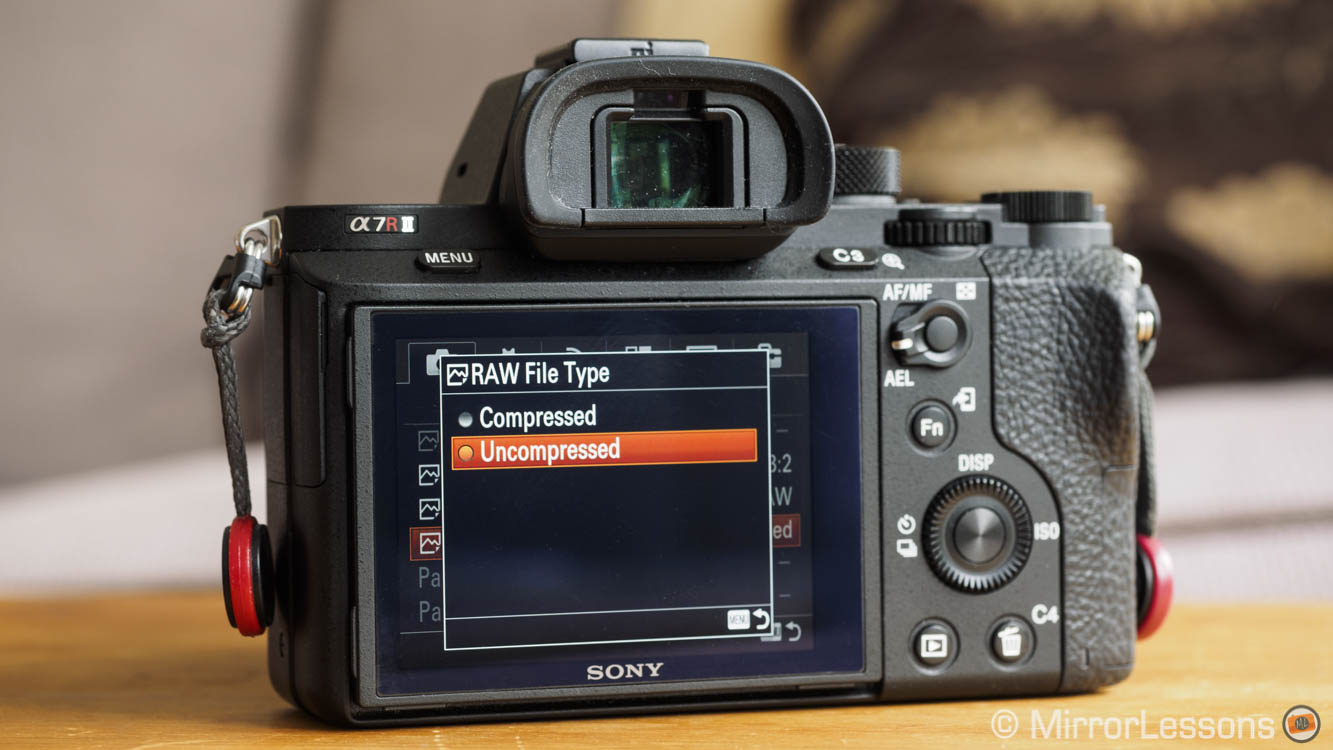 Today Sony released firmware update 2.0 for the Sony A7r mark II. It allows users to select the uncompressed Raw format, an option already available on the A7s II and RX1r II. The update (hopefully) brings to an end the long debate about the Sony A7 series having only a lossy compressed Raw file. There have been reports and discussions about artefacts you can get with these files but I have been testing A7 cameras since they were first released in late 2013 and in the real-world I have never found this to be a real issue. However I will always support a solution that gives more choice to the customer and satisfies the most demanding of users.

I took the release of this new firmware as an opportunity to see if there were any artefacts or relevant differences between the compressed and uncompressed versions. Let’s call it the “posterisation quest”!

I updated my A7r II from the Sony European website from version 1.10. Everything went smoothly and all my customised settings remained intact. In the Camera Menu section (first page) you can find the Raw compression option. The camera will display a slightly different Raw symbol on-screen depending on the compression chosen (White characters for compressed, black characters on a white background for uncompressed). Note that this firmware also adds support for video output via HDMI when using the Remote Camera Control software (it works for stills). 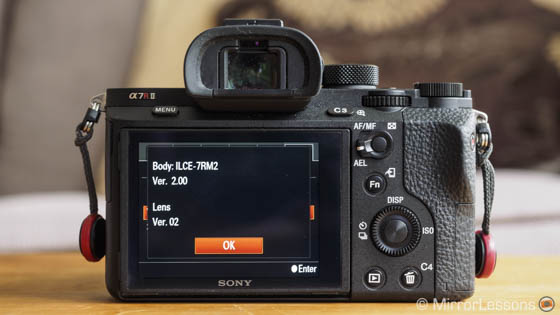 Before showing you some comparison shots, let’s share some numbers:

I also noticed that when playing back the images on the camera, it takes more time to magnify the uncompressed version (unless you are shooting Raw+JPG).

You can see a quick buffer test below.

Unfortunately, the light has been very flat these days due to heavy cloud, so I couldn’t really push the dynamic range. I took a few pictures outdoors just to see if I would notice a difference in scenes that lack detail like the cloudy sky but there weren’t any to speak of. I then took some pictures of Heather indoors with mixed light and I came to the same conclusion.

Update: the following day I had a few minutes of sun breaking through the clouds. The two shots below show a slightly better colour accuracy on the green foliage with the uncompressed version. I exposed for the clouds then recover the shadows.

Post processing data from Lightroom: +0.2Ev exposure, -30 highlights and +100 shadow recovery. All noise reduction and sharpness settings are set to 0.

Then I decided to take some low-light shots. First I put the camera on a tripod and shot some long exposures at low ISO (NR off) to see if the same artefacts would appear in high contrast zones like a light bulb and an illuminated sign. This is where I (finally) saw some differences but I needed to underexpose by 4/5 stops to have as much detail as possible in the highlights and then recover the shadows in Lightroom.

First example: post processing data from Lightroom: +5Ev exposure, +35 contrast, -80 highlights and +80 shadow recovery. All noise reduction and sharpness settings are set to 0. You can notice more noise on the label under the bulb in the compressed version and also some difference in the overall colour rendering.

Second example: post processing data from Lightroom: +5Ev exposure, -80 highlights and +25 contrast. All noise reduction and sharpness settings are set to 0. You can notice more noise and slight magenta shift in the compressed version.

In a normal situation, I would have simply found a middle ground in the exposure and then recovered some highlights and shadows to have more dynamic range. Or better yet, I might have even done some AE bracketing and merged the files into an HDR file later.

Finally I shot a few high ISO shots to see how noise and colour would be handled especially in darker areas. Here again, the only relevant difference can be found when you underexpose the shot and recover the exposure, in this case by 3 stops.

Third example: post processing data from Lightroom: +3Ev exposure. All noise reduction and sharpness settings are set to 0. More noise is present in the compressed version.

Again, I underexposed for the sake of this test but otherwise I would have just chosen the right exposure in the first place. What is interesting to note (especially at 12800 ISO) is that the uncompressed version is slightly darker than the compressed version. It almost seems that the latter gets a little boost in exposure.

Single more balanced exposure: no post processing, just exported from Raw. All noise reduction and sharpness settings are set to 0.

So, is it all much ado about nothing in the end?

Well, my feeling is that this topic will only affect a very small percentage of images and photographers. If I come across other relevant examples I will update this post but somehow I doubt I’ll need to. It has been more than two months since I started using the A7r II and I’ve used it for all kinds of photography, including astro-photography (see some examples here), and I’ve never encountered any problems with the compressed Raw files. Indeed, the difference between the two compressions is barely noticeable. I have no doubt that there is more information in the uncompressed version and I am sure that some bloggers will perform an in-depth analysis with RawDigger and other tools.

What’s important is that Sony listened. Having the two options lets the customer choose, not Sony, and that can only be a positive thing.

Personally I would rarely use the uncompressed Raw. I would advise that you use it only if you know that your image will require a lot of heavy post-processing. It might bring some added benefits to heavy HDR work as well. As for everything else, I believe that the benefit will be more on a psychologic level: you choose the uncompressed version if you want the reassurance of having the best image quality this camera has to offer. After all, that’s what I did many times with my old Nikon D700, which also had the option to choose 12 or 14 bit.

Some will probably complain that Sony should have included the lossless compression version as well. It is true that most high-end DSLRs provide the three options so I don’t understand why Sony didn’t implement that as well since you get the best of both worlds. Some say it might have something to do a lack in CPU power. I am not engineer so I can’t say one way or the other.

Now let’s get back to the A7r II. Sony has released a huge number of cameras in the last two years. Actually we are talking about 7 full-frame cameras in 20 months. The first generation of A7 cameras were good but had several weak points and bugs that Sony has fixed almost entirely with the mark II generation.

My wish now is for Sony to slow down. The A7r II can easily remain on top for the next 2-3 years and Sony can keep it that way with a series of relevant firmware updates scheduled each year just as Fujifilm and Olympus are already doing.

Below are a few suggestions (not complaints) that I think Sony should consider. Note that some of them could also be valid for the other A7 cameras.

Last but not least, I would like to mention a petition that was recently started by an Italian photographer named Simone Schieppati. The request is to enable the use of AF-assist lamp from external flash on Sony mirrorless cameras. This can be very useful for event and wedding photographers. You can find out more about it here.

Do you have any other suggestions for Sony? Leave a comment below!