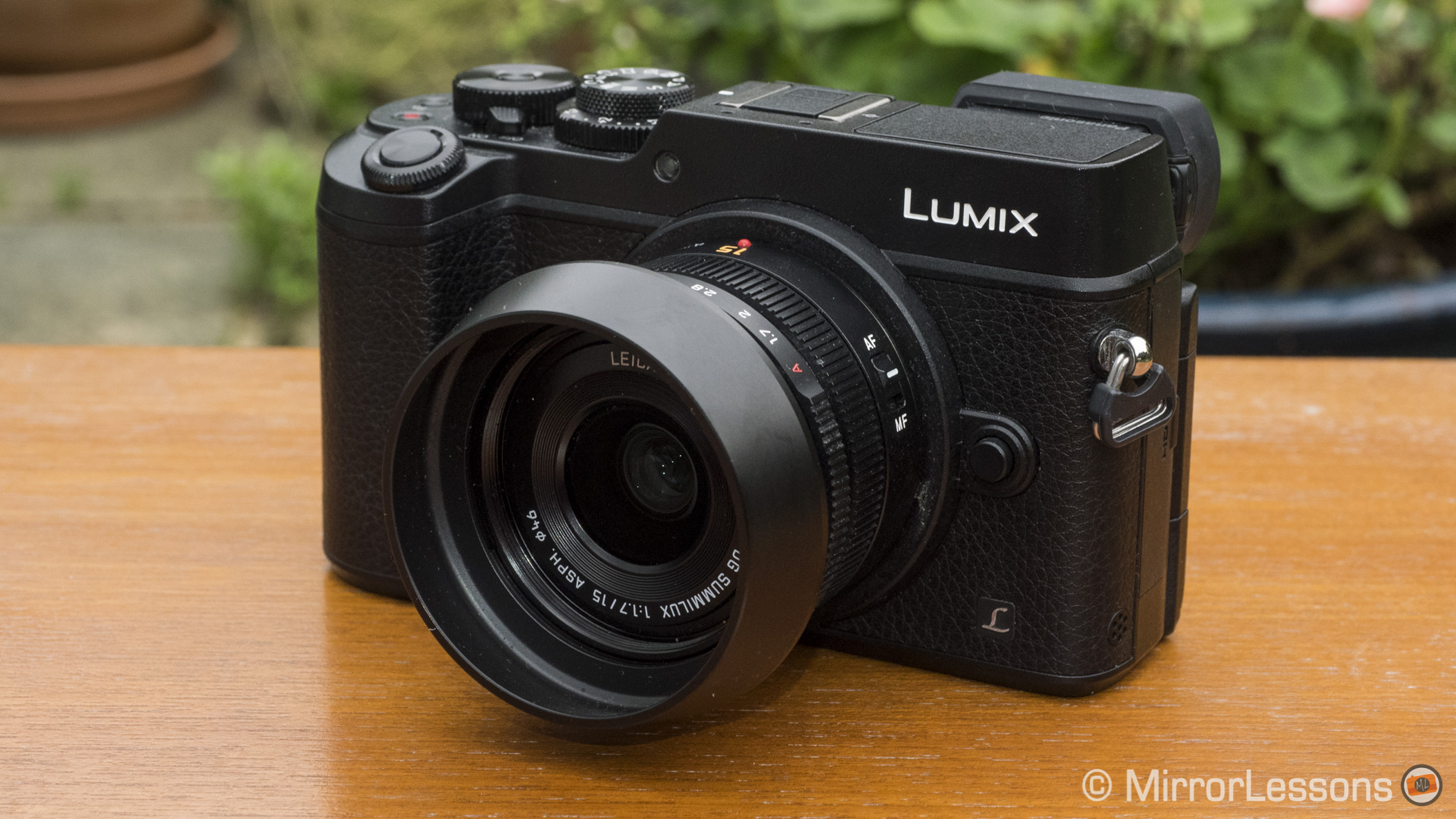 As a lover of landscape photography, I’ve always had a bit of a soft spot for small wide-angle primes. This is why I was very excited when we had the chance to test out the premium Panasonic Leica DG Summilux 15mm f/1.7, a semi-wide angle lens for the Micro Four Thirds system.

Unfortunately, during the two weeks I had with the lens, the Welsh coast was hit with the remnants of not one, but two large storms off the Atlantic, causing gail-force winds, flooding, persistent heavy rain and what people have called “Foamageddon,” referring to the huge amounts of snow-like sea foam that engulfs the promenade on a daily basis. So, be forewarned: you may see quite a bit of wild weather in this review!

The Panasonic 15mm f/1.7 (equivalent of 30mm on full-frame) may be one of the smaller primes for the Micro Four Thirds system, but it has been built to a very high standard. It is the fourth lens designed in cooperation with Leica and has all the characteristics of a premium lens including a solid metal/plastic build and two ribbed rings to control aperture and focus.

It is comprised of 9 elements arranged in 7 groups (including 3 aspherical elements), an iris diaphragm with 7 rounded aperture blades, and Nano Surface Coating to minimise ghosting and flare.

The aperture ring toggles between manual control with values from f/1.7 and f/16 and automatic control, indicated by an A. It is nicely damped and clicks as you change the aperture value. Though the clicking mechanism is good for still photography, it would be nice if you could de-click the aperture ring for video shooting. It should also be mentioned that the aperture ring only works on Panasonic bodies, something that Olympus users might find disappointing.

The focus ring, too, is smooth and accurate but lacks a distance scale on the barrel.

On the left side of the lens is a small AF/MF switch you can use to quickly switch between autofocus and manual focus.

Another nice addition is the round bayonet lens hood. When attached, you cannot use the lens cap. However, Panasonic had to forethought to include an additional rubber lens cap that you can place on the hood to protect the front element.

The lens weighs just 115 grams and is a mere 36cm in length, making it a good fit for all Micro Four Thirds cameras, even the smallest models like the Lumix GM5. It isn’t stabilised or weather-sealed but this isn’t a surprise as most small Lumix primes aren’t and adding these features probably would have made the lens bigger and bulkier. To protect the lens down at the seafront where the sea foam was flying in all directions, I used the very simple yet effective Op/Tech rain sleeve (see review here).

Image Quality – Through the lens

In the case of lenses with very fast apertures, there is often a noticeable decrease in sharpness before f/2.8. Not so with the 15mm f/1.7. The lens is almost as sharp at the centre at f/1.7 as it is at f/2.8, which in turn, is nearly as sharp as the sharpest aperture of f/4. It continues to perform well up to f/8, after which diffraction begins to rear its ugly head (a common occurrence with Micro Four Thirds lenses). f/11 is useable while f/16 is noticeably soft.

Moving on to corner and edge sharpness, the 15mm’s performance tends to peak between f/4 and f/5.6 but any value between f/2.8 and f/11 is quite useable. The performance at f/1.7 is decent while f/16 should generally be avoided.

You can see a full series of high-res test shots taken at the various apertures in our SmugMug gallery.

Since the 15mm has seven rounded aperture blades, it is capable of producing what we’d consider a very smooth and pleasant bokeh at the fastest apertures. The specular highlights are nice and round in the centre but begin to take on a “cat’s eye” shape as they get closer to the edges of the frame.

Chromatic aberration isn’t really an issue at any aperture, not even the fastest aperture of f/1.7. Even when it does appear, you can easily remove it in post-production with a program like Lightroom.

The flare produced by the 15mm is quite mild and comparable to that produced by other Micro Four Thirds primes. You might see a mix of purple veiling flare, polygonal shapes and bright streaks depending on the sun’s position in your image. Of course, having a lens hood helps to reduce flare, so it is great to see that Panasonic has opted to include one.

Vignetting, or light fall-off, makes an appearance at the fastest aperture of 1.7. Once you stop down to f/4, it all but disappears. Keep in mind that vignetting can also be easily corrected in a post-production software like Lightroom.

Since software distortion correction is automatically applied in-camera, you won’t see much barrel distortion from the 15mm except in shots featuring a straight horizon line, such as the seascapes I’ve shown throughout this article. In truth, it is hardly relevant in the real world but if you do see some distortion you’d like to correct, you can rely on the correction tools in Lightroom.

Below you can find examples of very mild distortion and vignetting found within the same image.

On modern mirrorless cameras like the Lumix GX8 and OM-D E-M1, focussing is very quick and accurate in good light and only a tad slower in poor light conditions. It also has a perfectly silent autofocus motor, so discretion is never an issue. Manual focussing, too, is a pleasure thanks to the ribbed focus ring, which is neither too large nor too small. Although it is fly-by-wire, it is very accurate and easy to use in conjunction with the various manual assists (peaking and magnification) that modern mirrorless cameras offer.

The 15mm can focus as close as 20cm with a maximum magnification of 0.1x. It isn’t a macro lens by any means but if you use the fastest apertures, you can take some nice close-ups with a pleasant out of focus background. Below are a couple of practical examples that show how close you can get.

The Panasonic Leica 15mm f/1.7 entered the market at $599 and since its release, it has come down in price. The lowest I’ve seen it for is just under $400, making it quite an affordable prime for the quality you get. If you often take a mix of landscape and street photography, the 15mm is an excellent prime to have in your arsenal of lenses.

The Panasonic Leica 15mm f/1.7 is a lens with many merits. Besides boasting a handy focal length for both street and landscapes, it is extremely small, light and compact. It benefits from a handful of nice features such as a very fast aperture, clicking aperture ring, MF/AF switch, close focussing capabilities and a beautifully designed lens hood, and to top it all, it isn’t particularly expensive these days.

Would I personally buy this lens? Probably not, as I already own the M.Zuiko 12-40mm f/2.8 professional zoom, which covers all my wide-angle and mid-range needs in one package. Likewise, I doubt that someone who already owns the Lumix 12-35mm f/2.8 would place the 15mm high on his or her list of priorities. However, if you prefer small primes to larger zooms or feel you would benefit from the fast aperture, the 15mm is a lens I wouldn’t hesitate to recommend.

What I like about the Panasonic Leica 15mm f/1.7

What I don’t like about the Panasonic Leica 15mm f/1.7