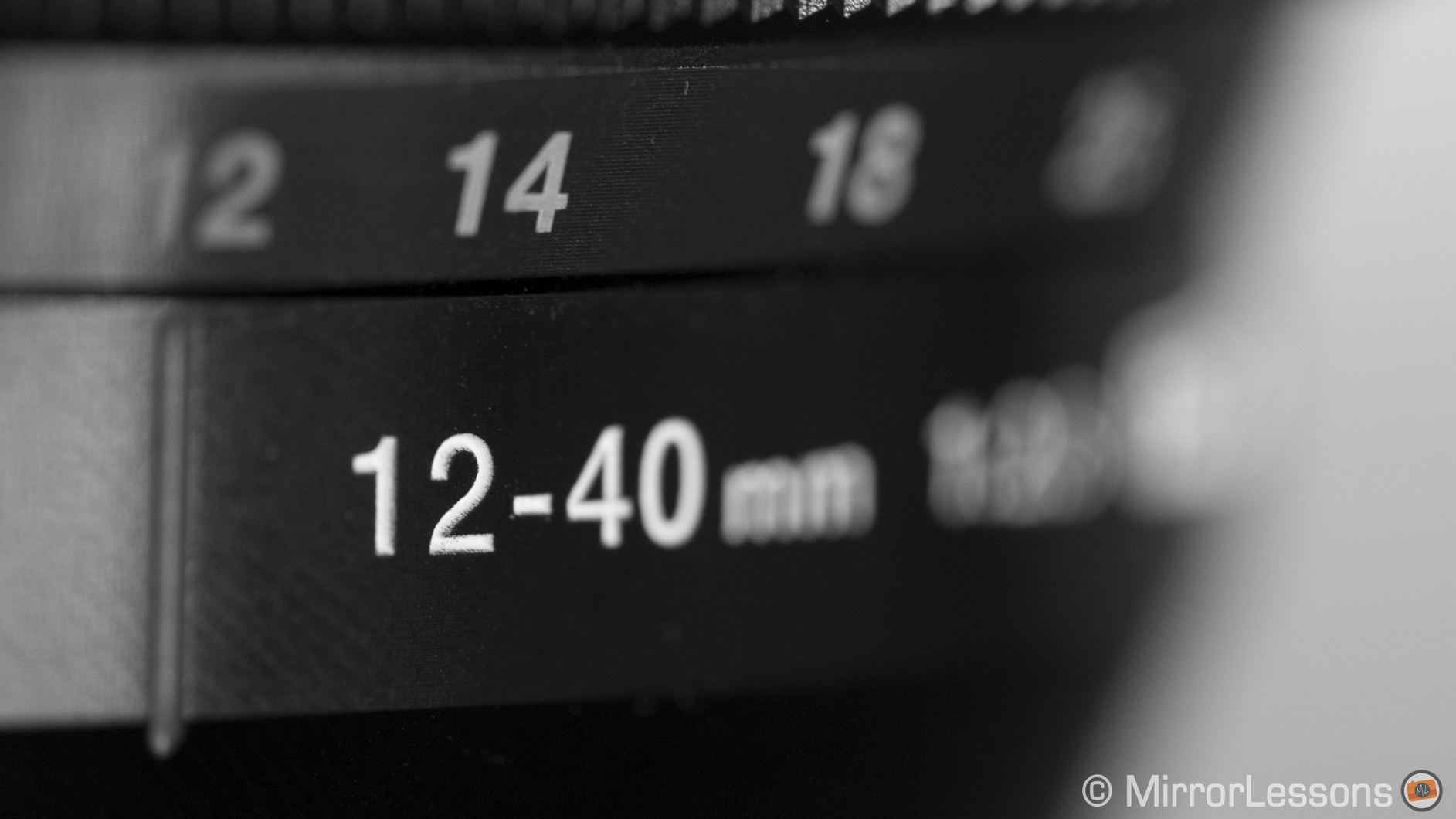 While for my personal photography I prefer to use primes, I have no shame in admitting that a good zoom lens can be crucial for certain kinds of work. Since my photography assignments are mainly in the events category, it is a natural consequence that the M.Zuiko Pro 12-40mm very quickly became my lens workhorse on my OM-D E-M1.

When the Micro Four Thirds system was first being developed, we were used to plastic lenses. Then, releases like the 12mm, 75mm, Lumix 35-100mm and the recent Nocticron 42.5mm proved that MFT lenses could also have a professional build and feel. In this sense, the M.Zuiko Pro 12-40mm f/2.8 is state of the art. When you hold the lens, you get that real nice feeling of something well-built, solid, and durable–a lens that can be trusted for every kind of use. 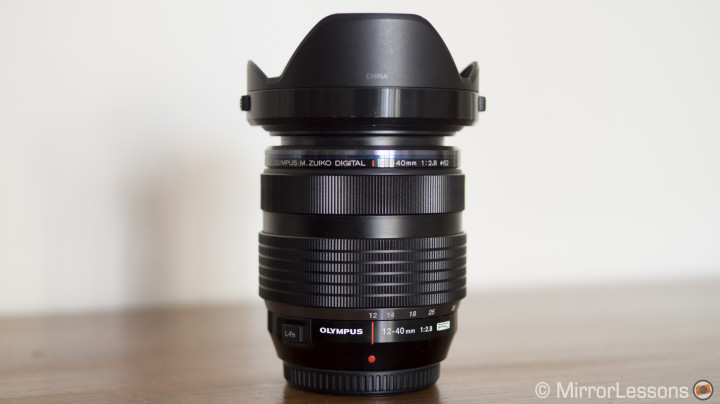 The 12-40mm has a solid metal build with a metal mount, metal zoom and focus rings. The only plastic element is the inner part of the lens that sticks out when increasing the focal length. The lens is also splash and dust proof which makes it the perfect companion for the OM-D E-M1 or OM-D E-M5 in rough conditions. The lens cap and hood are also very well built. The cap has two inner buttons to quickly release it and the hood has two on the side.

The focus ring has a clutch mechanism that allows you to rapidly switch to manual focus, something seen on the 12mm and also on some Fuji XF lenses. It is very convenient, smooth and precise when turning it. 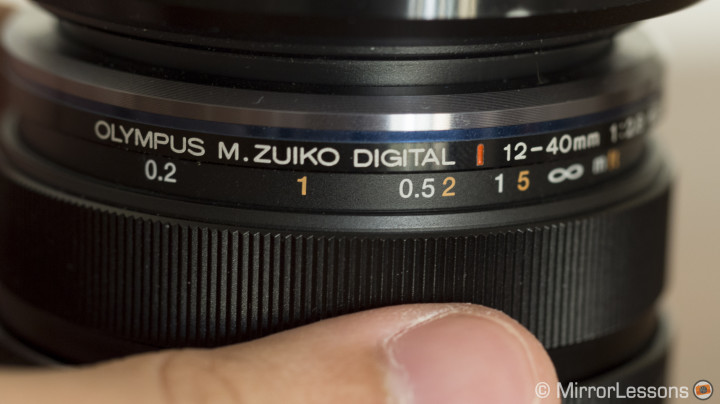 The zoom ring also has a nice feeling but its smoothness is not consistent. Once you pass 14mm, it becomes slightly harder to turn. It is not a problem of any sort but if you are shooting video for example you might prefer a more reactive zoom ring when you need to quickly change focal lengths. 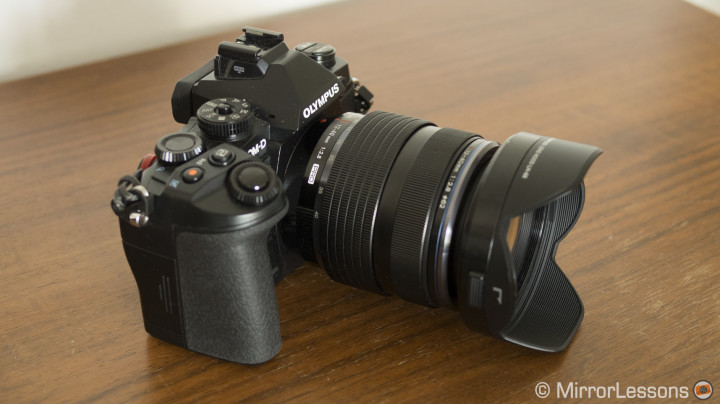 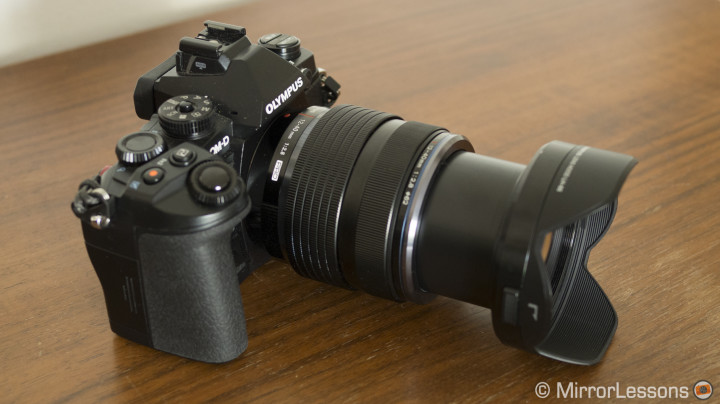 The lens also has a customisable button on the side that can be easily reached with the left hand. I tend to not use it too much however because not every lens that has it and I would probably end up looking for the same button when using other MFT lenses. 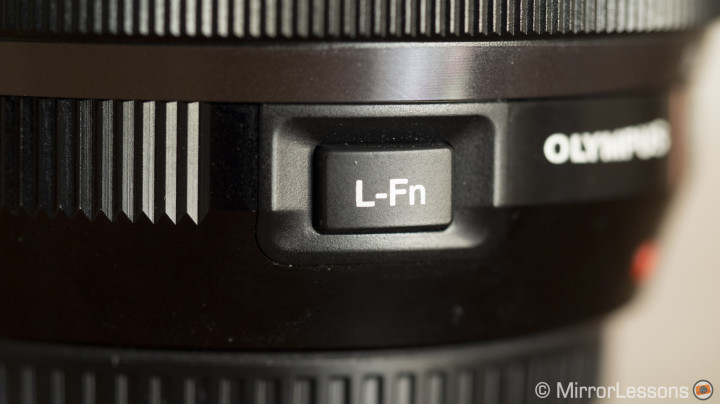 Given the equivalent focal length of a 24-80mm (full frame format) and its constant f/2.8 aperture, the most important characteristic of a lens like this is its versatility and the M.Zuiko Pro prevails in every sense. From landscape to portraits or macro shots, it offers you everything you need in various situations.

The image quality of this lens is so good that I often don’t miss my prime lenses unless I want a faster aperture. The lens has a complex glass structure with high grade optical components that include Dual Aspherical, High Refractive and ED lens elements organised in 9 groups.

One of the most interesting characteristics is its close focussing distance of just 0.2m through all the focal lengths. It won’t give you real macro performance but it can let you focus on small objects fairly closely when you need to. To me this is a very important characteristic that I’m always looking for in a lens. During events you might be asked to take a picture of a small object–take the traditional photo of the bride and groom’s wedding rings on a table for example–and that’s where this characteristic becomes important.

The lens is also very sharp through all the focal lengths and at every aperture. As usual, the best is found between f/5.6 and f/11 but the results are great also at its fastest aperture of f/2.8. The lens is very sharp at the centre but also at the corners at all the aperture and focal lengths.

The lens has a seven blade circular aperture. The bokeh with this lens is very good especially when you focus in close on a subject. You get nice and rounded out of focus elements. It isn’t the best lens for a shallow depth of field on a Micro Four Thirds sensor but if you understand how to use it, it can surprise you.

The lens also handles flare very well–it is minimal in most backlight or direct light situations. Like every other lens in the MFT system, you might occasionally have to deal with purple flares.

Through the lens: Performance

In terms of autofocus the lens works really well. With the E-M1 I have never had a problem whatsoever and I have managed to focus even in really dark conditions like a disco. From outdoor shooting to action situations or a fashion show, the lens works very well with the camera.

The AF is good not only with Olympus cameras but with Lumix cameras as well. Being the only wide-angle zoom lens I own right now, I have used it a lot on the Lumix GH4 and the AF is accurate and very fast.

The only limit in using this lens with Lumix bodies is that you don’t have any kind of stabilisation. The 12-40mm doesn’t possess any O.I.S. technology because Olympus bodies have internal stabilisation but Lumix cameras don’t (with the exception of the GX7).

The autofocus motor is also very silent and being a movie and still compatible system, it can work well for video shooting as well.

Thoughts in comparison to the Panasonic Lumix 12-35mm f/2.8

I am sure that many users who want a versatile zoom lens with a constant aperture are wondering whether they should get the 12-40mm or the Lumix 12-35mm f/2.8.

I have had the chance to use both but not at the same time so I cannot make a direct comparison. However my feeling is that the lenses are very close in terms of performance and image quality. The 12-35mm has internal stabilisation so if you own a Lumix body the lens might be the better choice. Otherwise I like the build quality and the close-focussing ability better on the 12-40mm. The latter is a characteristic that makes the 12-40mm a winner.

In total honestly I bought the 12-40mm because I chose the OM-D E-M1 kit with it included. I knew I needed a versatile zoom lens for my work but at the time, I also thought that I would have used it in conjunction with other primes. In the end, when I work it rarely leaves my camera mount. In May I was away for five days in Dubai for a business travel reportage job and 70% of my pictures were taken with the 12-40mm.

This is proof enough to me that it can quickly become your everyday lens. In fact, I am using the 12mm f/2 less and less not because I don’t like it but because when I work it would be just a double for me.