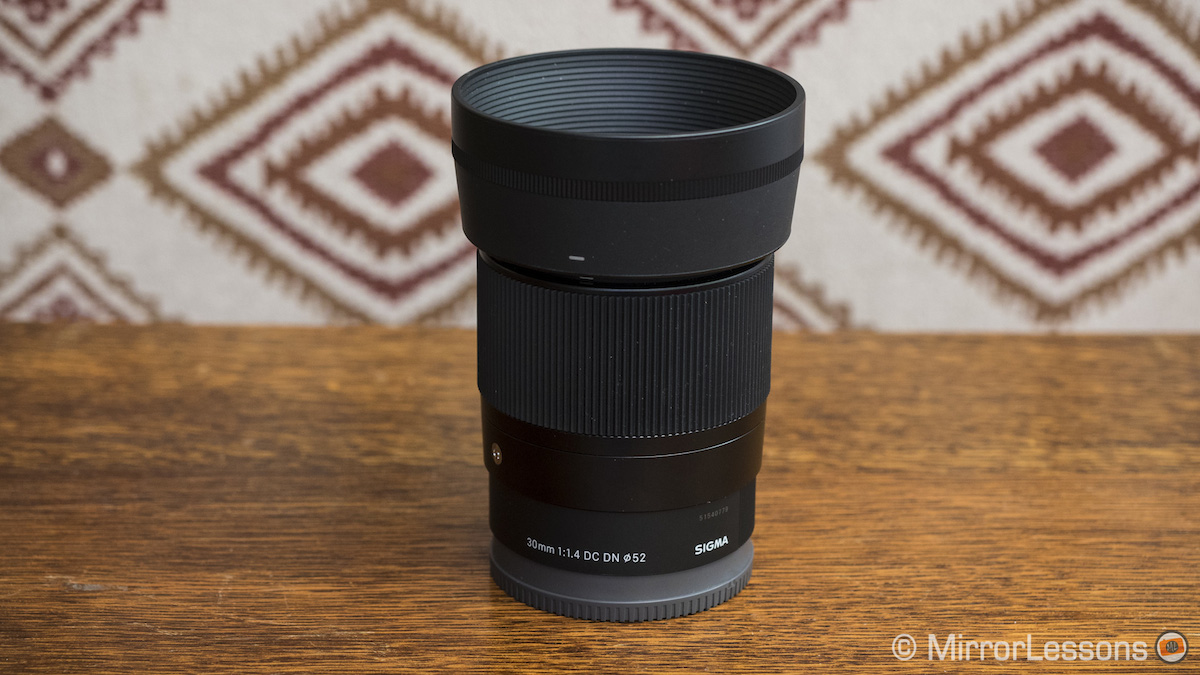 Given that Sony has been concentrating less on developing its APS-C lens line-up and more on augmenting its range of full-frame E-mount lenses, it is encouraging to see that Sigma has stepped up to the plate with an APS-C offering that’s hard to refuse: the Sigma 30mm f/1.4 DC DN.

The new 30mm f/1.4 is just a little wider than your standard prime lens, providing an equivalent focal length of 45mm in 35mm format, and has the fastest aperture of all Sony E-mount lenses for the APS-C system. This makes it a versatile choice for a range of genres including street, travel, documentary, environmental portraits, and even landscapes in some cases. It is also relatively inexpensive for what it offers, with a suggested retail price of only £299.99 in the UK and $339.99 in the US.

Note: There is also a Micro Four Thirds version of this lens. It provides an equivalent focal length of 60mm in 35mm format. 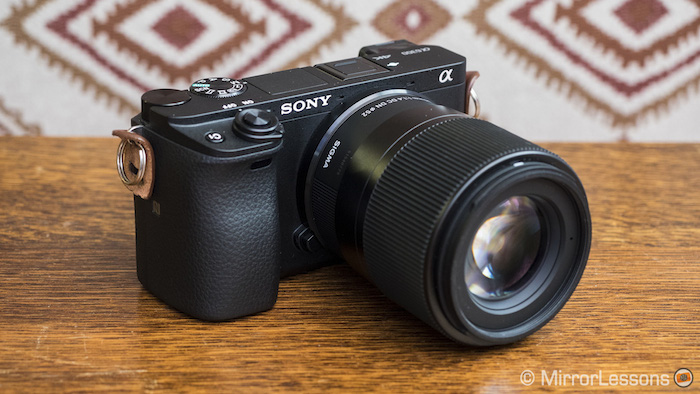 First, let’s get the technical aspects out of the way. The Sigma 30mm f/1.4 incorporates 9 elements in 7 groups, and 9 rounded diaphragm blades to improve the quality of the out-of-focus areas. In addition to a decent minimum focus distance of 30cm, it comes with a high-speed stepping AF motor that is useful for both stills and video work.

The build is quite solid if you consider the price point of this lens, comprising a mix of metal and plastic parts. Much of the space is occupied by the large, ribbed fly-by-wire focus ring which is a great asset for manual focusing and video work thanks to its smooth operation. However, due to its size, I often find myself grabbing it by accident when I unmount the lens.

Apart from the focus ring, the barrel is devoid of extra features. There isn’t an aperture ring, and you won’t find any function buttons or switches. 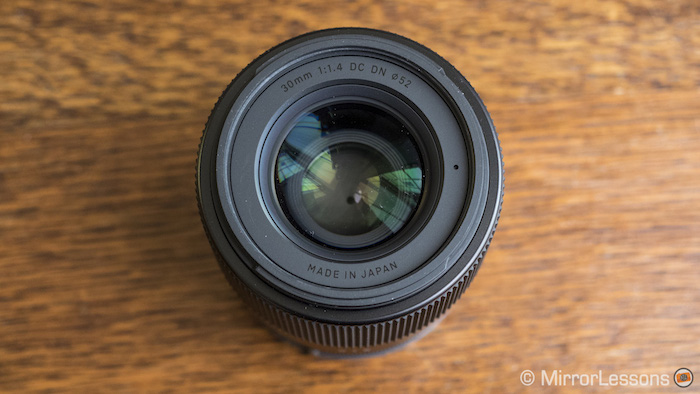 In keeping with the ethos of the Sony APS-C system, the lens is both small and light at only 265g in weight and 7.3cm in length. Size-wise, it is an excellent match for the Sony a6300, the camera we used for most of our testing. It isn’t weather-sealed but I consider this less of an issue because most Sony APS-C bodies don’t have weather-sealing either.

It comes with a round plastic lens hood that does a good job of mitigating flare and protecting the front lens element. 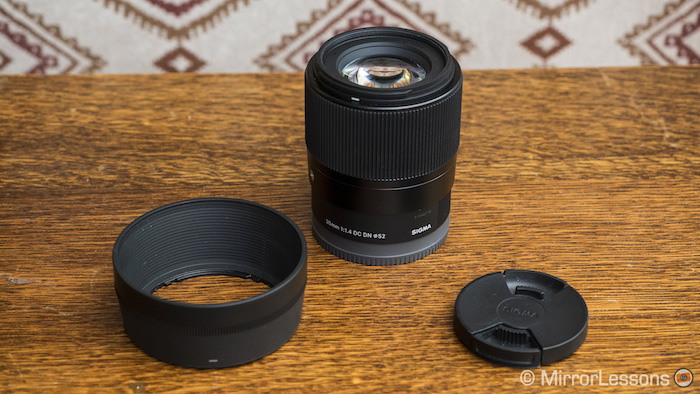 Through the lens – Optical quality

In terms of sharpness, there isn’t much to criticise at short to medium distances. Although its performance peaks between f/2.8 and f/5.6, it is just as usable at f/2 on the fast end and f/8 on the slow end.

As for the fastest aperture of f/1.4, the results are naturally a little softer than f/2 and f/2.8 but still very usable if you want to give your images a dreamy, cinematic look or isolate your subject from the background. Having such a fast aperture is also useful in low-light since Sony APS-C bodies aren’t stabilised.

The only aperture I would avoid is f/16 because it is visibly softer than the rest.

As for longer distances, I noticed that the edges aren’t as sharp as the centre which isn’t ideal if you need near-uniform sharpness across the frame (e.g. for landscapes or architecture). However, since this isn’t primarily a landscape lens, I consider this point less problematic.

Overall, I consider the bokeh attractive, especially at the fastest apertures. Thanks to the 9 rounded diaphragm blades, it is smooth and creamy but can display some bokeh fringing around the out-of-focus areas, particularly specular highlights.

The very fast apertures make this lens a handy companion for upper body and environmental portraits, as you can see below.

This lens’ biggest flaw is chromatic aberration at the fastest apertures. In fact, purple fringing can be so invasive at f/1.4 that not even applying corrections in Lightroom will fix it, especially in images with bright sunlight. The situation greatly improves beyond f/2.8 but be aware that it can make an appearance even up to f/8.

Corner shading (or vignetting) is only visible at f/1.4 but if you choose the appropriate lens profile in Lightroom, it disappears at all apertures. Doing so also rids the images of the high levels of native barrel distortion.

If you tend to shoot OOC JPGs, the best way to reduce vignetting, chromatic aberration and distortion is to enter the Lens Comp. sub-menu (second menu, sixth option) and set the three options (Shading Comp., Chro. Aber. Comp., Distortion Comp.) to Auto. It doesn’t do much to help the chromatic aberration at the fastest apertures but it does a good job of fixing vignetting and distortion.

Interestingly, the Micro Four Thirds version of this lens does not correct distortion in-camera. Sigma Japan will soon be releasing a firmware update to fix this issue.

Finally, the lens defends itself admirably from flare and ghosting thanks to the Super Multi-Layer Coating and the provided lens hood. I only came across a few examples of flare when shooting into bright sunlight. Otherwise it didn’t present an issue.

Sigma claims that the autofocus of the 30mm f/1.4 is both quick and silent thanks to its high-speed stepping AF motor. After testing the lens for both stills and video, I found that focus acquisition was quick in good light and only slowed down a little in poor light or conditions lacking contrast. It was silent for still shooting but fairly noisy for video in C-AF mode.

However, I did notice that our sample of the lens had difficulty acquiring focus at f/4, something I discovered whilst performing the various aperture sharpness tests for this review. Out of the twenty different tests I performed at the various apertures using autofocus, f/4 was sharp only 5% of the time. 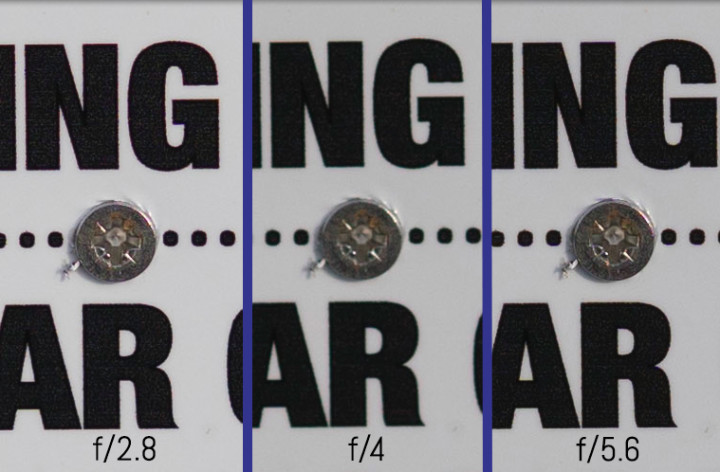 To make sure it wasn’t an optical problem, I also performed the same sharpness tests in manual focus mode. Given that f/4 revealed itself to be one of the sharpest apertures, we can deduct that the lack of sharpness isn’t related to the optics but rather the AF motor. (See the full series of test shots here.) I also suspect that the issue is related our specific sample since other reviewers have not reported it.

The 30mm has a minimum focus distance of 30cm, giving you a reproduction ration of 1:7. It isn’t a macro lens by any stretch of the imagination but you can easily turn it into a semi-macro solution on the cheap with a solution such as the Raynox 250 macro adapter (review here). 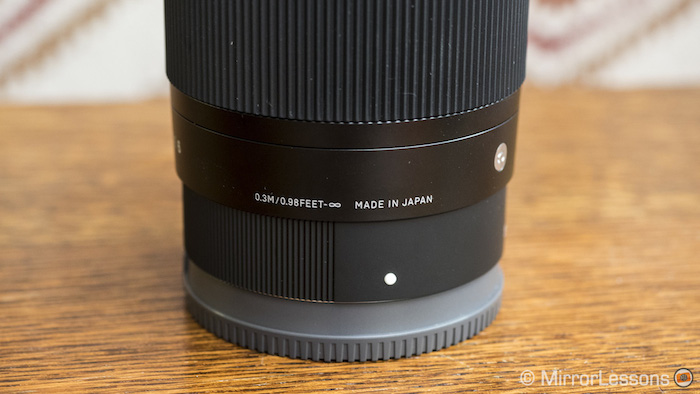 Just for fun, I’ve posted a pair of comparison image showing the difference between the lens’ native minimum focus distance and the macro performance you can achieve with the Raynox!

The 30mm does not have any optical stabilisation, so you’ll have to take care not to use overly slow shutter speeds with bodies that lack in-body stabilisation like the a6300. In my experience, I’ve found you can usually take in-focus images down to about 1/25s if you are steady.

The Sigma 30mm f/1.4 is a very good deal if you are looking for a standard lens for the Sony E-mount system. Along with having the fastest aperture of any lens in the E-mount collection, it has a pleasant bokeh and produces sharp results at all the most important apertures.

The only real annoyance is the rampant chromatic aberration at the fastest apertures, which neither the in-camera corrections nor Lightroom seem to be able to fix. It doesn’t appear all the time but when it does, it is difficult to remove. Our hope is that Lightroom will release an updated version of the Sigma 30mm lens profile that is capable of dealing with this.

Another point worth reiterating is the AF motor issue we had at f/4. Once again, we are positive this problem is limited to our sample but I would still suggest checking your copy of the lens in-store or as soon as it arrives to make sure it doesn’t suffer from the same problem.