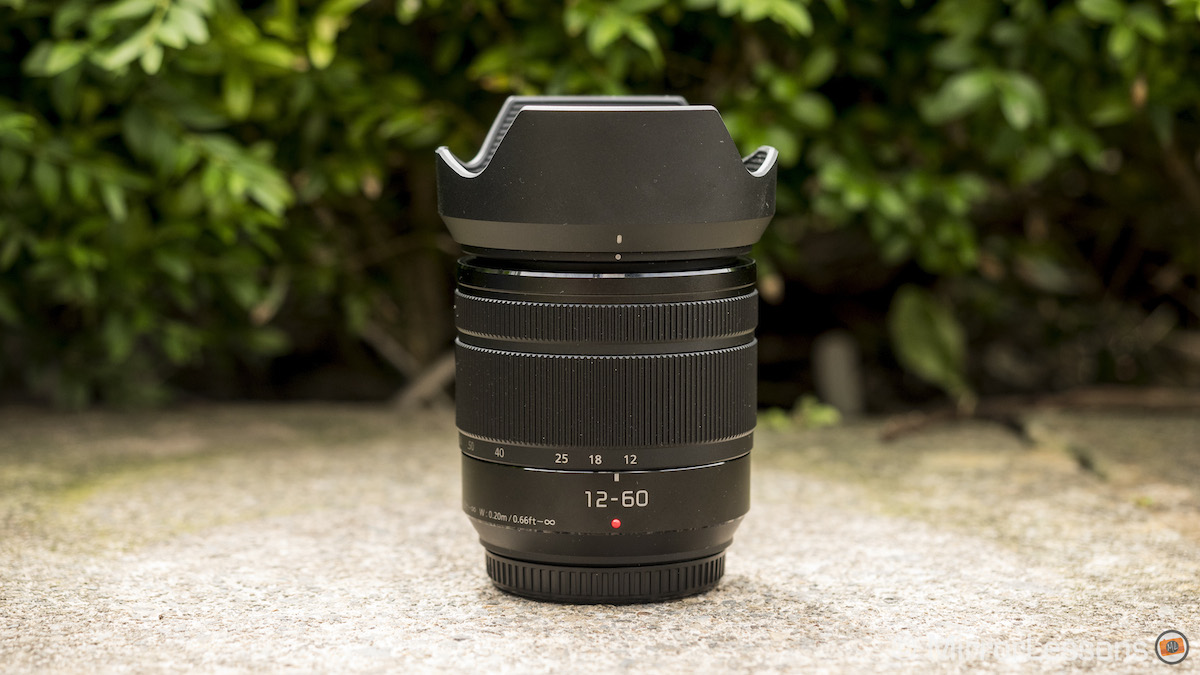 During my time with the Panasonic Leica 12mm f/1.4, I was also testing out the capabilities of very different lens from Panasonic, the new Lumix G Vario 12-60mm f/3.5-5.6 ASPH Power O.I.S. Both had become available to review at the exactly the same time which worked out well since I had two Micro Four Thirds cameras on which to use them, the Lumix GX85 and OM-D E-M1.

The Lumix 12-60mm f/3.5-5.6 (24-120mm equivalent in 35mm terms) is a standard zoom that is available for purchase on its own or in a kit with the Lumix GX8. It is the only Micro Four Thirds lens to feature this precise focal range, with its closest rival being the 4.5-year-old M.Zuiko 12-50mm f/3.5-6.3 whose zoom and aperture ranges aren’t as wide. Given its versatility, it should prove a popular zoom for travel and casual “everyday” outings where all you want is one lens to cover your photographic needs.

Want to find out more? Then let’s keep reading!

The key features of the 12-60mm include: 11 elements in 9 groups with 3 aspherical lenses and 1 ED lens, seven aperture blades, a high-speed stepping motor, dust and splash resistance, and built-in optical stabilisation (Power O.I.S.). 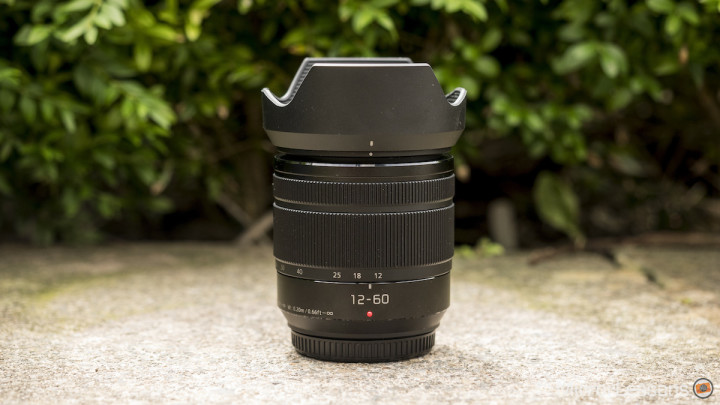 At only 210 grams in weight and 71mm in length from tip to mount, it is a very good fit for any Micro Four Thirds camera, be it one of the more pocketable models like the GF7 or a high-end video product like the GH4.

By extending the zoom to 60mm, the lens almost doubles in length. Since the lens is so light and doesn’t weigh down a camera the size of the E-M1 or GX85, I didn’t find lens creep to be an issue. 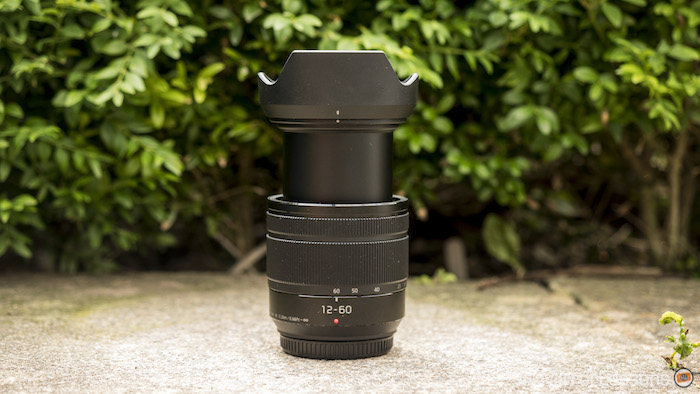 Besides the markings referring to the main focal lengths, the barrel of the lens is rather sparsely populated. There are two adjacent ribbed rings – one for “fly-by-wire” focusing and the other to manually zoom – and a removable petal-shaped lens hood. It features a 58mm filter thread and a minimum focus distance of 20cm at the widest end and 25cm at the longest. 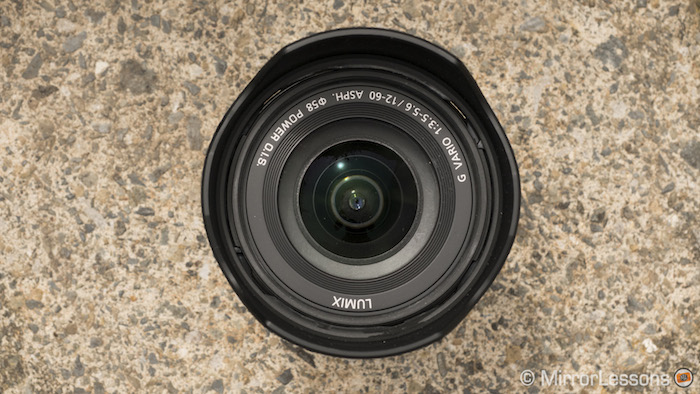 I would have loved to see an AF/MF switch on the side of the barrel but since it is more likely to be used with autofocus, the choice to exclude it makes sense.

Through the lens: Optical quality

Since I was testing this lens at exactly the same time as the Pana-Leica 12mm, I admit that I was more acutely aware of how differently primes and kit zooms perform than I would have been were I testing the 12-60mm as a standalone product. (Don’t worry, my plan isn’t to compare them – that would be unjust!)

For a kit zoom, I believe the 12-60mm performs admirably well at nearly all apertures and focal lengths and more than fulfils its role as an all-purpose lens for travel and everyday photography.

At the widest focal length of 12mm, sharpness reaches its peak at f/5.6 but f/3.5 and f/4 perform in such a similar manner that it is hard to tell the three values apart. f/8 and f/11 aren’t as sharp due to diffraction but are still very usable. You can turn to f/16 in a pinch while f/22 should be avoided if possible.

As for the longest focal length of 60mm, the overall sharpness decreases a little compared to the widest focal length. The sharpest value appears to be f/8 but the differences between f/5.6 (the fastest aperture at 60mm) and f/8 are minute. Any value beyond f/11 isn’t recommended due to diffraction.

Regardless of the focal length, the corners tend to be softer than the centre, though the differences are more perceivable at the widest angles. At 60mm, sharpness across the frame appears much more even.

You can see a full series of images taken at 12mm and 60mm at the main apertures here.

Distortion is very low and resistance to chromatic aberration is excellent. In fact, out of all my images, only one displayed visible purple fringing, which is the image of the two butterflies you see below. Very slight traces are visible along their eyes and antennae which I quickly removed in Lightroom.

Vignetting is virtually non-existent as you can see from the images below.

I was also very impressed by the flare resistance of the lens. Despite the fact that it is nearly $1000 cheaper than the Pana-Leica 12mm, you can see in the comparative examples below that the 12-60mm controls flare much better than its high-end counterpart.

The worst example of flare I came across can be seen below. This example, shot into direct sunlight, reveals a couple of purple ghost flares but I was able to reduce their intensity by slightly adjusting my composition.

As for the bokeh, you’ll find that it is quite nervous at the wider angles even if you focus at the minimum focus distance. This is quite normal since we are dealing with a kit zoom with a fairly slow aperture range. When using the longer focal lengths and focusing close, the quality of the bokeh improves and can even appear quite pleasant with the right background.

Like other Lumix lenses, it is difficult to fault the autofocus performance of the Lumix 12-60mm. In single AF, it is quick, accurate, silent and thus very discreet, especially when combined with the silent shutter of the GX85. The continuous autofocus is also effective for both stills and video, though I prefer to use the fly-by-wire focus ring for the latter as it is more precise.

The lens is also compatible with the Dual I.S. system of the GX8 and GX85. What this means is that the sensor and optical stabilisation work together to stabilise the image at slow shutter speeds.

We’ve tested the effectiveness of Dual I.S. numerous times with other lenses including the Lumix 35-100mm f/2.8 and Lumix 12-35mm f/2.8 (see our GX85 review for more information) and the performance of the 12-60mm is no different.

At the widest angles, it is possible to take in-focus shots down to 2 seconds with a few attempts if you are extremely steady, but realistically you wouldn’t want to use speeds slower than a half of a second. Obviously, the more you zoom in, the less the stabilisation will be able to compensate for your movements.

As I mentioned above, the only competitor for the Lumix 12-60mm f/3.5-5.6 within the Micro Four Thirds range is the Olympus M.Zuiko 12-50mm f/3.5-6.3, and it benefits from a few advantages. First, it incorporates a sliding ring that lets you switch between the electronic and manual zoom mechanisms. Having an electronic zoom is useful for video because you can perform silent and smooth zooms without touching the focus ring. Second, it has two buttons on the barrel: one L-Fn button that stops the lens from autofocusing and a dedicated macro button. Finally, it is about $200 cheaper than the Lumix, but this is also due to the 4.5 year age gap between the two products.

Still, with slightly more telephoto reach and a faster aperture range, the Lumix 12-60mm remains an appealing option for those in search of that one all-purpose standard zoom. As of today, there isn’t another kit lens with the same versatility and we can only hope that Panasonic will begin including it in other bundles besides just the GX8.