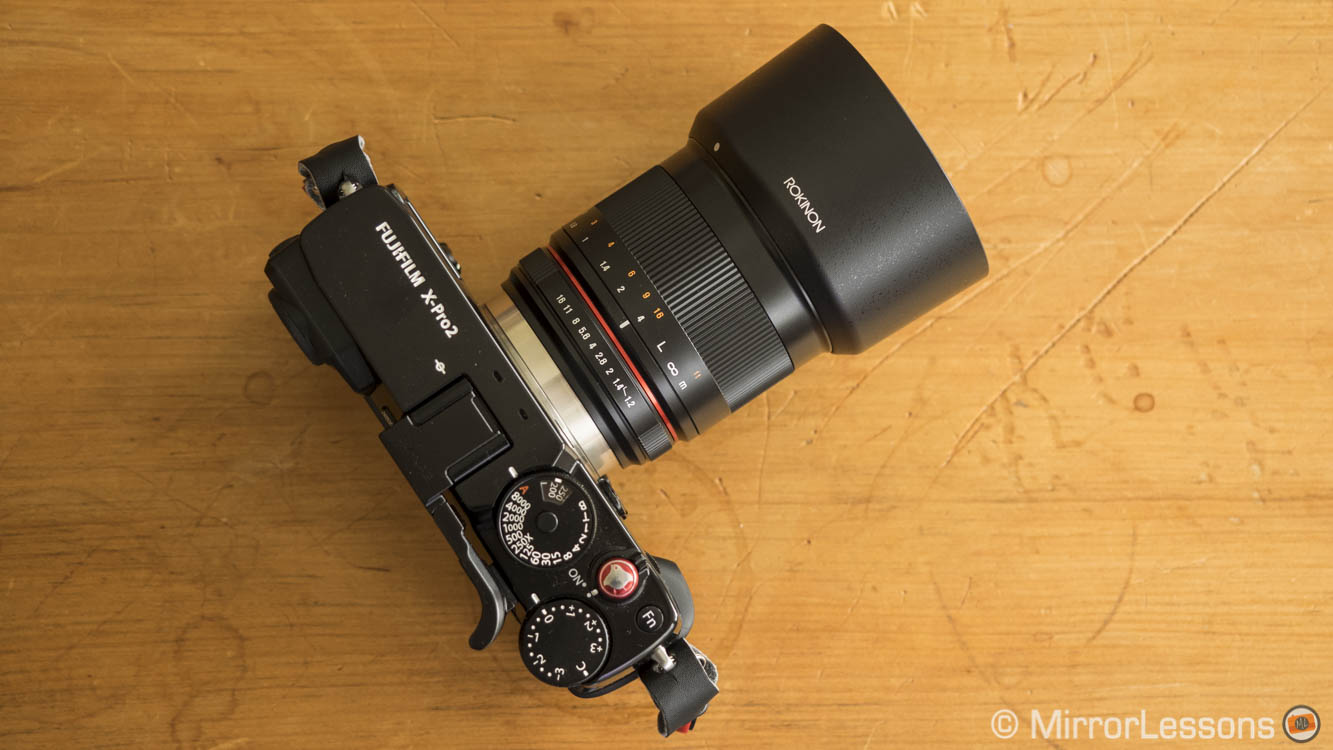 Much like the 21mm 1.4 that we reviewed recently, the 50mm 1.2 is part of the CS line-up of manual focus lenses designed for mirrorless cameras by the Korean brand Samyang. In our comparison with the Fujinon 56mm 1.2, the lens left the battlefield with a few broken bones. However, since I spent a long time with the lens, I decided to share a more complete article with more images. Let’s see if this 50mm can still be a interesting choice for Fuji X and mirrorless users in general despite its flaws.

Important note: The 50mm f/1.2 is available for Fuji X, Sony E, Canon M and Micro Four Thirds mounts. I tested the Fuji X version but the optical quality remains the same for all versions. Only the field of view changes on a Micro Four Thirds camera because of the smaller sensor (100mm equivalent). The weight and length of the lens varies a little bit as well. In select countries the product is sold with the Rokinon name instead of Samyang.

Like the other CS lenses, the 50mm f/1.2 is light and compact. The build quality feels robust with plastic that covers almost the entire surface. Only the bottom part near the mount remains uncovered and the silver metal surface is clearly visible. The lens is not weather-sealed and comes with a plastic hood. 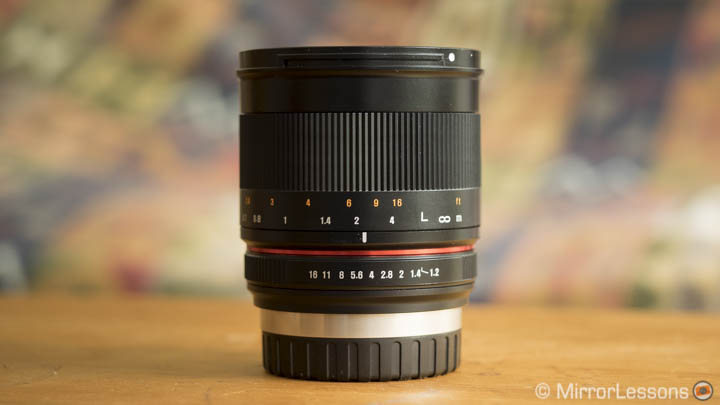 The aperture ring moves in 1/2 steps and feels good in operation. The mechanical focus ring is precise and pleasant to use. There are multiple MF assists on Fujifilm cameras but when shooting at 1.2 or 1.4, only focus magnification will give you a precise result.

Like most Samyang lenses, the 50mm doesn’t have electronic contacts on the mount so none of the lens EXIF data will be saved in the files. One partial solution with Fujifilm cameras, as explained in other articles, is to set the focal length manually by using the Mount adapter setting, originally designed for the Fuji M-mount adaptor. As for the aperture, I usually record a brief video clip (3, 4s really) and state the value used.

Finally, the lens lacks optical stabilisation as well so you’ll want to be careful at slow shutter speeds below 1/50s.

Through the lens: optical quality

The f/1.2 aperture is what makes this lens attractive in the first place but unfortunately the performance wide open is soft and improves only a little at f/1.4.

Sharpness remains similar at f/2 and f/2.8 and only improves from f/4. The peak performance is found at f/5.6 while from f/11 sharpness decreases again due to diffraction.

Sharpness becomes worse at longer focus distances: the results are softer at all apertures including f/5.6 and f/8. The corners are consistently worst than the centre which means this lens isn’t really suited to landscape photography.

The lens gives decent results as far as the bokeh is concerned. At 1.2 you will notice more cat’s eye shapes and a swirly effect in the background. At f/1.4 the rendering becomes more uniform with more rounded shapes. The bokeh balls remain circular also at f/2 and f/2.8 but we can notice onion rings.

The 50mm 1.2 can focus as close as 50cm which doesn’t give you any real macro capabilities but it is interesting enough for close-ups of a person, flowers or other similar subjects. We can noticed that sharpness is a little better at short focus distances. Granted the details are also larger when shooting closer but it does show where the lens’ main strength is.

The separation of the subject from the background is good but for full body shots, the lack of sharpness is once again annoying.

The 50mm suffers from vignetting at the fastest aperture but it improves from f/2. Applying the lens profile in Lightroom helps once again (the same reasoning applies to pincushion distortion) but some vignetting remains at f/1.2. Note that because it lacks electronic contacts, vignetting and distortion are not corrected in the camera’s OOC JPGs.

Finally, the Samyang 50mm defends itself well from flare and chromatic aberration. The latter is minimal: I only noticed a small rainbow flare in direct sunlight or some streaky/veiling flares when the sun is just outside of the composition.

I admit I find this Samyang 50mm somewhat disappointing. I wasn’t expecting stunning sharpness at f/1.2 but given the results, I wonder if a 1.4 or 1.8 version with excellent sharpness wide open would have been a better choice (and perhaps would have lowered the price even more). Sure, a 1.2 lens at a reasonable price (less than $500 in this case) can easily trigger your G.A.S. but if the performance is disappointing where it matters most, it might be best not to bother with it.

At the moment, this is the only alternative portrait lens for the Fuji X system and that’s why I wish it performed better. Not everything is bad and its strongest point is definitely its performance at close focus distances but all things considered, Fujifilm XF 60mm f/2.4 is likely the better choice.