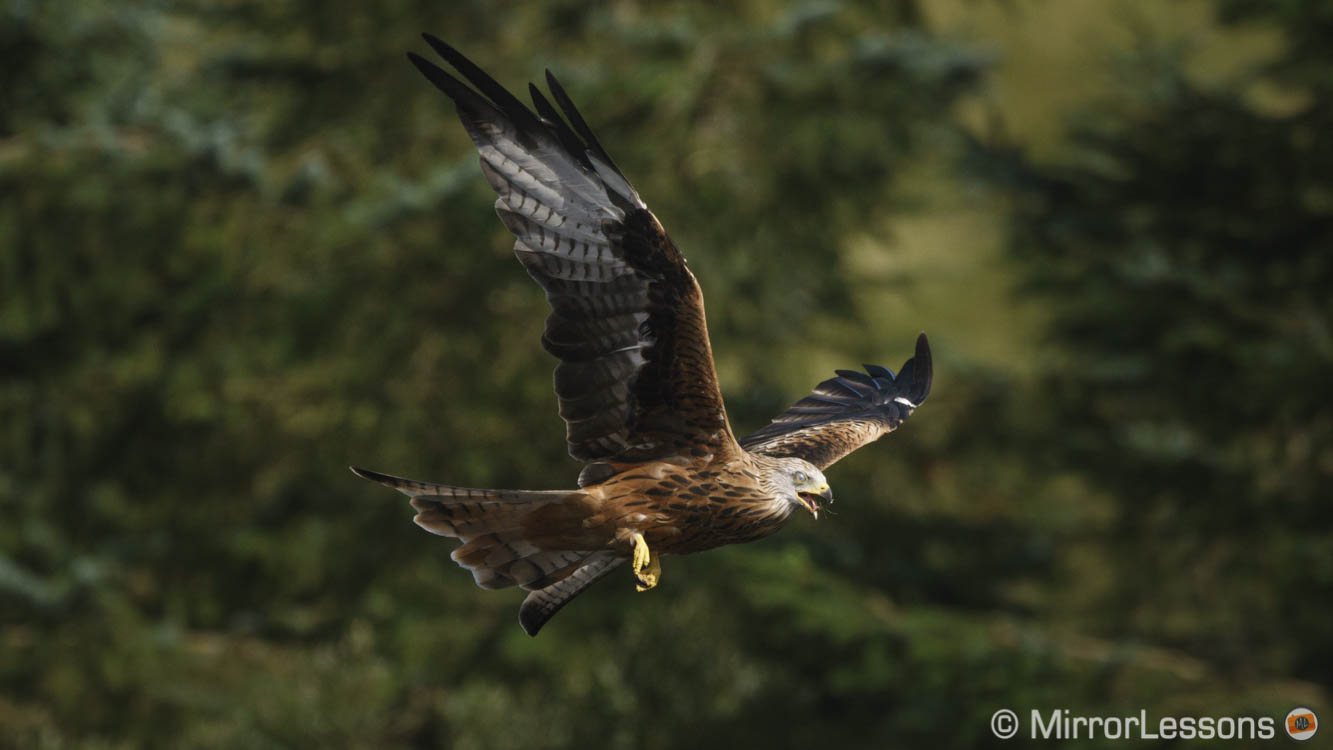 It had been a while since I last went to my favourite red kite feeding station to photograph these magnificent birds in flight. Luckily for me, a new opportunity came up when I received the Sigma MC-11 EF to E-mount adapter to review last week. One of the lenses I asked the brand to send along with it was the 150-600mm f/5-6.3 Contemporary, which I’d used on the A7r mark II for the same purpose but with the Metabones mark IV adapter last year. I was curious to see if the new MC-11 would communicate better with a Sigma lens and give me better results.

I brought along not only the flagship A7 camera but also the a6300 whose autofocus system is faster. The latter looks minute with that DSLR lens mounted on it, and it shouldn’t be a surprise that the combo is more uncomfortable to hold (but the results are more consistent than on the A7r II as I will explain in a moment). 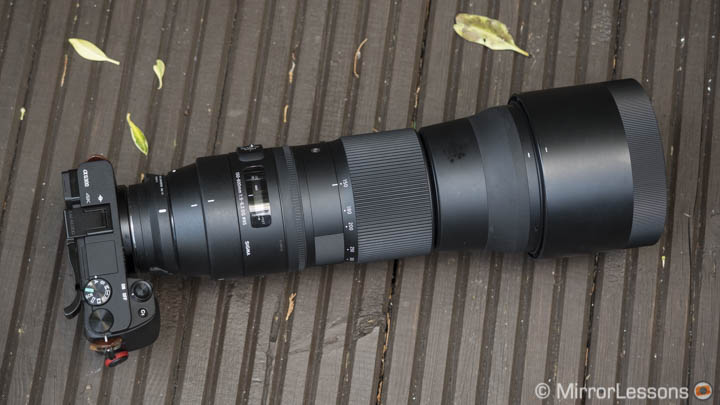 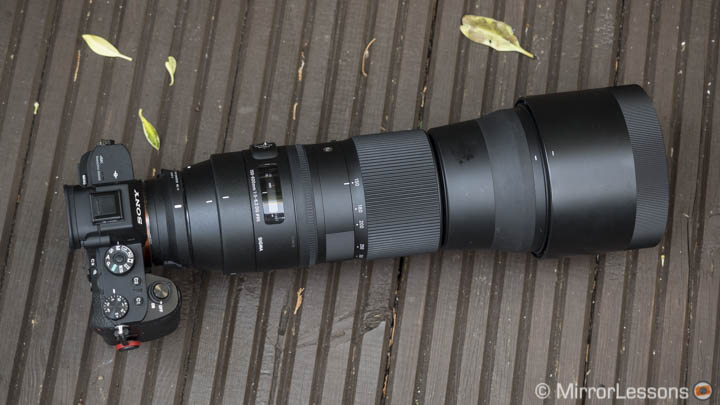 I’ve shot the red kites many times now but I am always surprised by how difficult it can be to follow them. They are really fast and it’s not easy to choose which one to track as it might not go in the direction you wish.

One of the best shots you can take is when one of them flies just above the lake. That happens especially when some food falls into the water. If you see it happen, you generally have a couple of seconds before one of them dives in and grabs its prize.

One of the advantages of using the Sigma MC-11 adapter is that all the AF settings are available, just as if you were using an E-mount lens. For example I can set the Zone area instead of the Wide area which I find more precise and easier to use for this specific genre.

I’ll be honest: the results I got exceeded my expectations but it’s far from perfect.

The combo takes a while (3 or 4 seconds sometimes) to lock onto the subject. This means you have to start tracking the bird as soon as possible while half-pressing the shutter release button to make the camera focus properly. Sometimes you need to half-press multiple times if the camera refuses to focus correctly. Then you keep the shutter button half-pressed (you will see the phase detection points “dance” on top of the subject) and wait for the right moment to take the burst.

It is common to end up with completely mis-focused shots (background instead of the subject) or blurry pictures. However when the camera locks focus correctly, it is accurate most of the time. You will get some slightly soft results but in many burst sequences the camera was able to track the subject very well. This is the first difference I noticed in comparison to the Metabones IV. The MC-11 seems to be more accurate when it comes to nailing the focus point precisely.

With the A7r II, I got an overall keeper rate of 50%, which is not dissimilar from the results I got with the Metabones mark IV adapter last year.

With the a6300, the keeper rate went up to 55/60%. Unsurprisingly the APS-C camera performs better and it’s not just because of its more recent AF system. The burst rate is faster and having live view at 8fps helps you to track the birds more accurately.

On the a6300, the lens gives you an equivalent field of view of 225-900mm (35mm format reference). Being able to shoot at an equivalent of 900mm would make you think that you can catch pretty good close-ups of the birds (if you manage to frame them!) but even this focal length can be too short if the kites don’t fly close enough. Indeed, I had to crop many of the shots you see here.

You do have the chance to take close-up shots when the birds fly at a shorter distance from you but this can prove a challenge for the AF system.

I used the MC-11 with other Sigma lenses on both Sony cameras in different situations (motorsports included) with mixed results. For birds in flight, I have to say that it did better than I had initially expected.

The full review of the Sigma MC-11 is now available. Below you can enjoy more sample images taken with the A7r II and a6300 below!