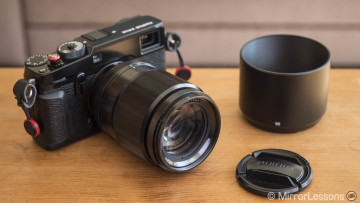 The Fujinon XF 90mm f/2 was the third portrait lens released by Fujifilm in addition to the 56mm twins (non-APD and APD versions). It was announced last year in May and we had the chance to see a pre-production model during our trip to Toronto thanks to the kind people at Fujifilm Canada. Today we’ve finally had the chance […]