You are here: Home / Mirrorless News / The new Photoshop CC: the rise of Creative Cloud and death of standalone purchases 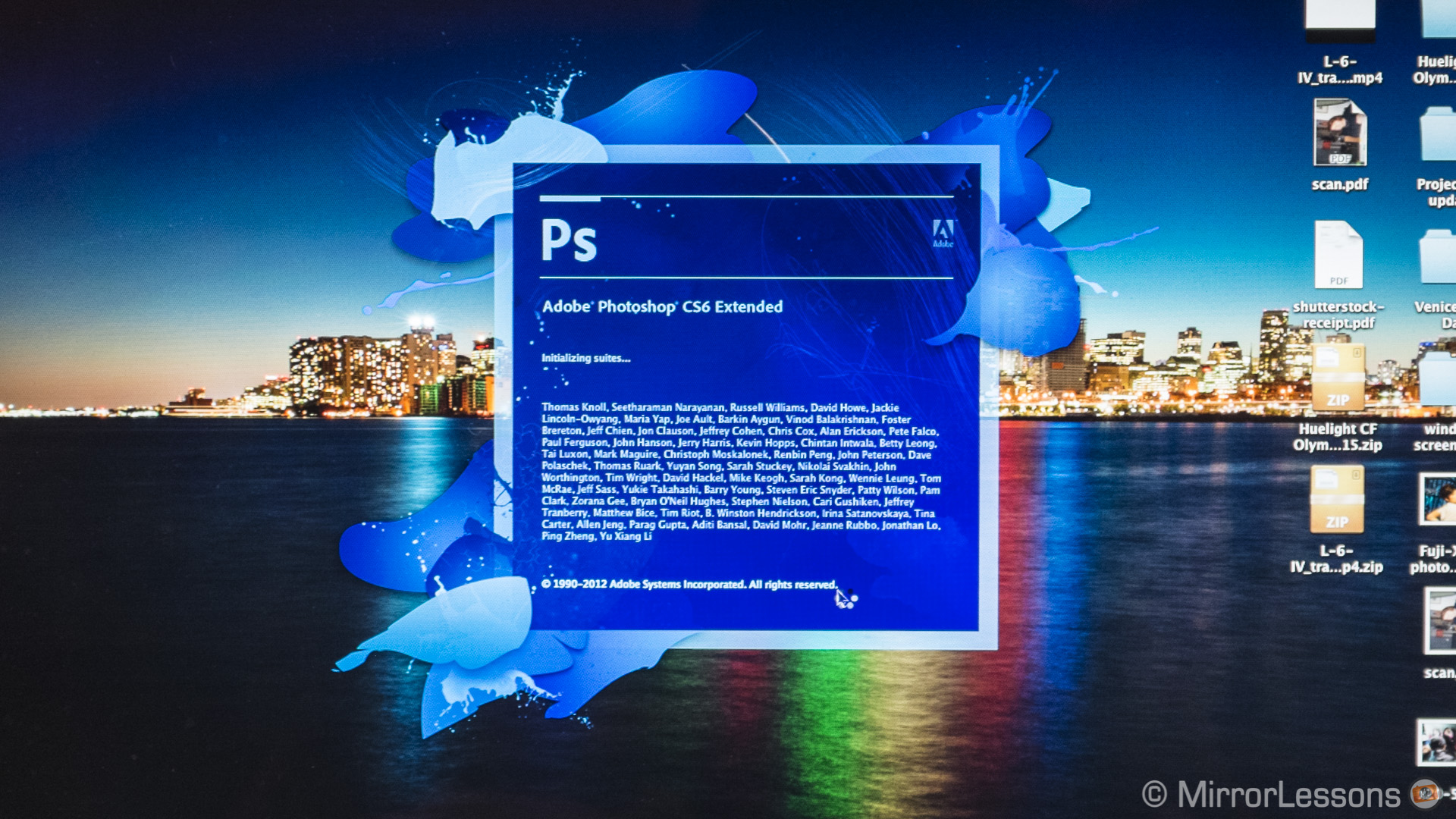 On Monday, Adobe announced the new version of its famous software, Photoshop. It offers very interesting and advanced new features such as camera shake reduction.

But this new version also marks a point of no return for Adobe Products: you may have noticed that it comes with a CC instead of the traditional CS (Creative Suite) labelled after the product name. CC stands for Creative Cloud, the new subscription service launched by Adobe one year ago. This is important because Photoshop CC will be the first Adobe application available only with a Creative Cloud membership. You won’t be able to purchase it as a standalone application anymore. No more CD/DVD boxes or digital copies. You will need a monthly subscription, that starts at $19.99/month for the Photoshop CC full version which comes with 20GB of storage on the cloud (you can have a look at all the membership plans here). If I do some quick math, this means that the software will cost $239.88/year. Is it more expensive? In my opinion no, and I’ll tell you why.

First, let’s me share some thoughts about why Adobe is changing the way it sells products. It is now official that there won’t be a CS7 creative suite. Rather, the upcoming versions of each Adobe software will be available only with a creative cloud account, including Premiere Pro and After Effects, both very popular for professional video editing.

The rise of the internet and the necessity to stay increasingly more connected has changed the way we work, the way we interact and the way we share content. That’s why cloud services and web storage solutions have become more and more popular. Who doesn’t have a Dropbox or Box account these days? Every major company has invested in a cloud solution to keep devices and computers synced. Apple has iCloud, Google has Google drive, Microsoft has SkyDrive, and there are many alternative/copies of Dropbox. While it isn’t a great solution for very big files as of yet, it is very practical for small ones.

A creative cloud membership allows you to keep your project files anywhere, and have access to all the services Adobe has to offer (depending on the subscription you choose). The digital download introduced years ago was the first step, but today a subscription instead of one single purchase offers many advantages, like always having the new major version of a given software when it is released. Adobe updates its software every year now, so to buy the update every year would have become too expensive.

There is also another consideration, which is that Creative Cloud is also an answer to piracy. I don’t want to start any heated debates here, but Adobe probably thought that people would be likely more willing to pay a small amount per month for a software that they use every day for their job than pay a massive lump sum all at once.

Let’s talk about prices then: is the subscription more expensive?

The standalone application was $999 up until yesterday (CS6 extended version). If you divided that price by 12, it was an investment of more than $83.25/mo. Now, you could also say that one standalone Photoshop purchase could easily last for more than one year, and I agree with you. So how long would the investment last? Let’s say three years, and the costs would be around 27.75$/mo, still more expensive than the CC Photoshop subscription. The difference is that, with the subscription, you will have the updated version of Photoshop every year. And this makes a lot of sense since technology is constantly evolving, and software companies constantly need to release major updates to keep up the pace.

Personally, I think that the Creative Cloud is even more convenient with the complete subscription.

I pay $49 every month and I have access to all the Adobe software programs that I need, including Lightroom and video applications – it is even more complete than the old Master Collection. And if you already own a previous CS license (CS3 and above), it will cost even less (saving around 40%).

I understand that this kind of investment is a new way of thinking and can be a little bit intimidating, but if you think for a second: how many dollars/euros have you spent on iOS or android Apps for your iPhone or Smartphone? Would you have imagined spending even a few dollars on a small app for a phone a few years ago? The software world is really changing and Adobe is the first big company to realize it. I think many others will follow.

But let me clarify some things. With a Creative Cloud membership, your credit card will be charged every month. You can download the software at any time and install it on two computers. You can of course work offline, as you do not need an internet connection to work with Photoshop. The only thing is that you will need to be connected to the Internet at least once per month, as Adobe checks that the credit card has been regularly charged. Otherwise your software will suddenly become a trial version.

But enough with math and money – as you’ll see, the new Photoshop CC offers some very interesting new tools that are worth checking out!

The most intriguing is the Camera shake reduction: the software analyses the trajectory of the blur created by a slower shutter speed and is able to restore its sharpness. I am very curious to try it. While it probably won’t be able to recover drastic cases, it could be a great tool for recovering small micro shakes.

Other interesting aspects include a better up-scaling process, the ability to apply the camera RAW develop tool to a specific layer, or to apply a blur filter and be able to remove it anytime, even after saving the file. You can jump to the Photoshop CC official page for more information.