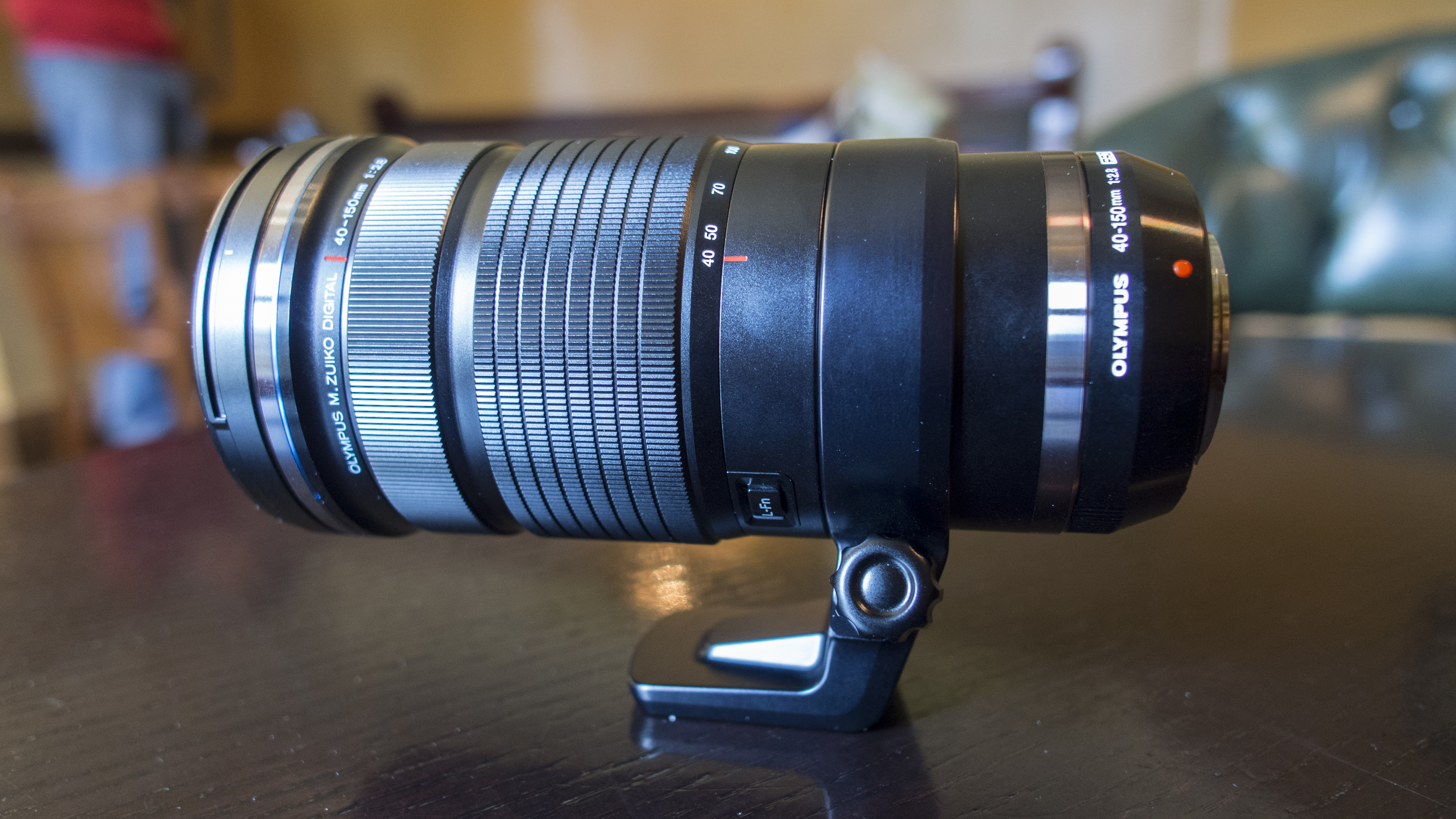 During our short yet intense stay at Castle Leslie we also had the chance to have a first look at the new M.Zuiko PRO 40-150mm f/2.8 by Olympus. The lens is part of a new “Pro” line and will be released in 2014. This will be the second Pro lens for MFT after the 12-40mm f/2.8 which will be available along with the E-M1 in November.

Since the lens was a prototype, it wasn’t operational. In fact, I couldn’t even mount it on the camera as it wouldn’t lock. As such, my impressions mostly deal with its size and build quality.

The lens is built like the 12-40mm: very strong with a nice metal feel, the same ribbed zoom and aperture rings and a Function 1 button on the side. It is remarkably light and compact if you think about the focal range it covers (80-300mm in 35mm equivalent format). Being a prototype, I guess the weight wasn’t definitive.

I also happened to have the Panasonic Lumix 35-100mm f/2.8 with me at the time. As you can see from the pictures, the Panasonic counterpart is smaller (half the size). It will be interesting to see which one is better to have in your camera bag from an image quality point of view. However, if compactness is a priority, I can already say that the Lumix wins hands-down. The Olympus is bigger due to the 50mm addition to its maximum focal length and the fact that it is dust, splash and freeze proof. The Lumix is splash and dust proof only.

Personally, I like the idea of having an extra 50mm to work with. If you shoot a lot of events like I do, having 50mm extra (the equivalent of 100mm) is very useful at times when you cannot get close to your subject. I really hope that the image quality will be good. From what I saw during my time with the 12-40mm, I doubt my hopes are in vain!

Finally, Olympus told us that two more lenses for the PRO line are on their way – a wide-angle zoom lens and an extreme telephoto zoom lens. At the moment, we don’t have any details regarding either focal length or aperture.

There isn’t any information about the price of the lens yet but we suspect that it will be around $1000-$1200.