You are here: Home / Best Of / Which Sony mirrorless should I buy? – Demystifying the Sony E Mount and premium compact series 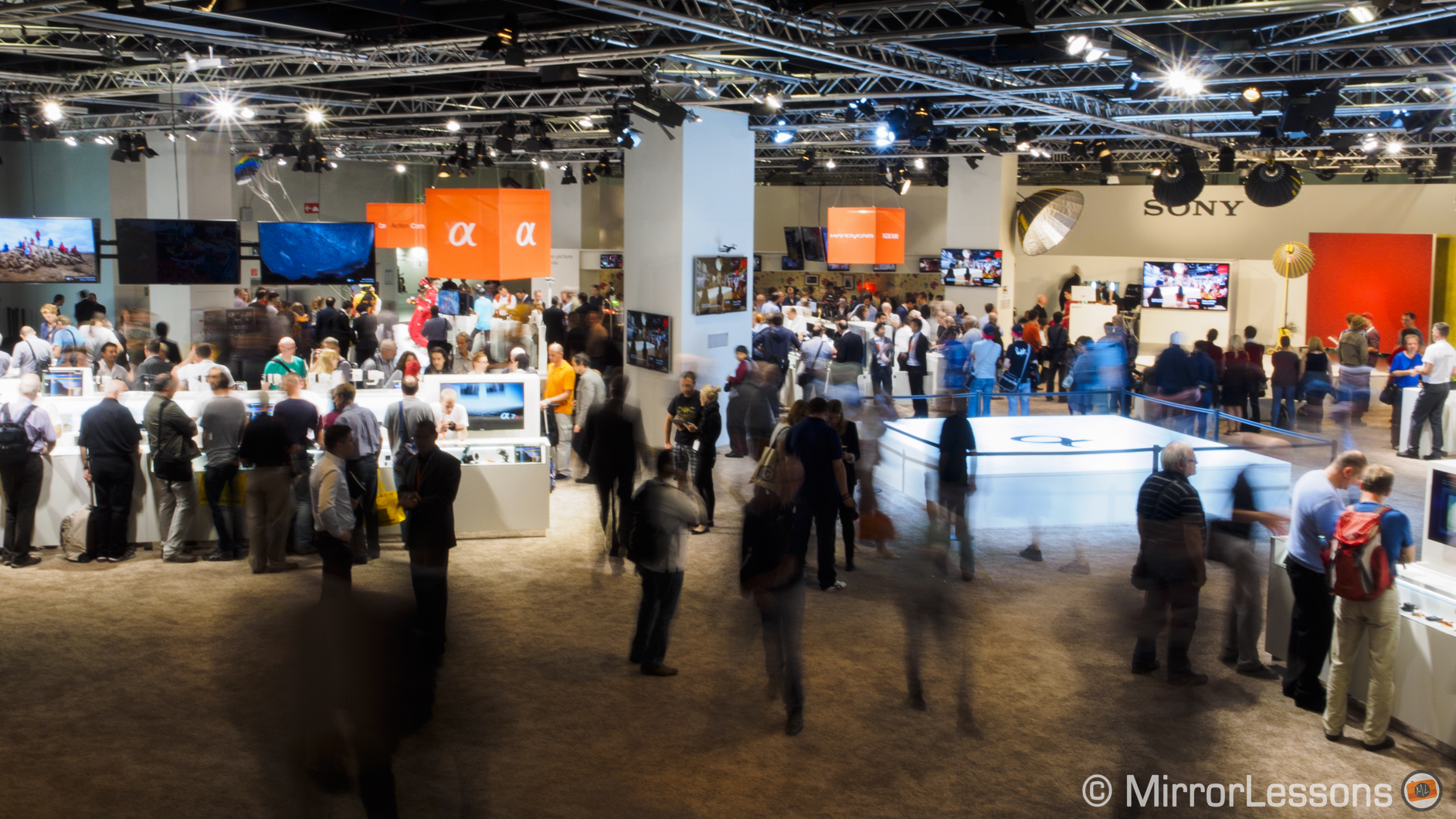 Since our readers frequently email us asking which mirrorless camera they should buy, Mathieu and I recently started up a series of articles where we “demystify” each camera brand as well as their respective mirrorless models.

Following our first two articles about Micro Four Thirds giants Olympus and Panasonic, we now turn our attention to Sony, a company that is known for everything from televisions to audio equipment but has also taken a keen interest in the photography industry.

It is the brand that has shown the most willingness to experiment, push the boundaries and surprise the photography world by packing large, high-resolution sensors into small yet powerful bodies, but has also been criticised for its rapid-fire approach to releasing new camera bodies, slow production of professional lenses and unpredictability in terms of its goals and direction.

A Taste of Sony History 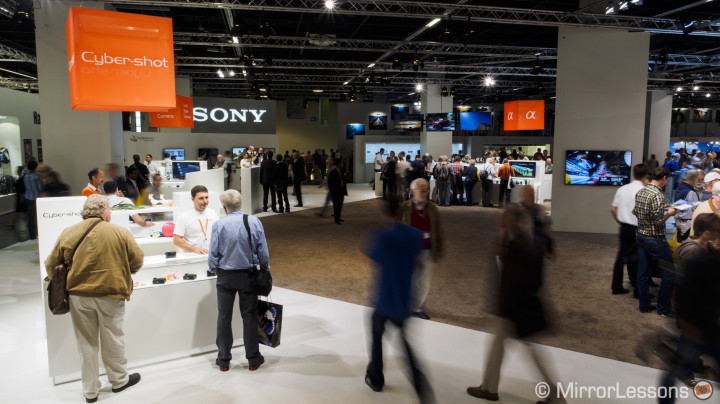 Sony first began to invest in the mirrorless segment in 2010 with its NEX 3 and 5 cameras, both of which featured an APS-C sensor and Sony’s proprietary E-mount. Having met relative success, they were later followed by the C3 and F3, the successors to the 3, and the 5N, the successor to the 5 between 2011 and 2012. A couple of prosumer cameras, the NEX 6 and 7, were also released around the same time, as well as the third successor to the 3, the 3N.

Then, in 2013, Sony made the drastic decision to drop the NEX name completely in favour of ILCE (Interchangeable Lens Camera with E-Mount). As of 2015, a total of four APS-C mirrorless cameras have been released under this name: the 3000, 5000, 5100 and 6000. (You will also see these cameras listed with the Alpha symbol preceding the number.)

Flanking the production of its APS-C line, Sony has also focussed on producing extremely compact cameras with large sensors and fixed zooms. There have been three 1-inch sensor models so far – the RX100, RX100 Mark II, and RX100 Mark III – all of which were well-received, as well as a premium bridge camera, the RX10, whose 1-inch sensor is complemented by a fast 8.8-73.3mm f/2.8 zoom lens. The company also released not one but two full-frame 35mm fixed-lens compacts, the RX1 and RX1-R, which in turn inspired the creation of Sony’s biggest achievement in the mirrorless segment so far…

Yes, I’m talking about its line of full-frame interchangeable mirrorless cameras. Directly targeting advanced and professional users, they feature the same E-Mount as the APS-C line-up but house a full-frame sensor with a varying megapixel count depending on the model. As of 2015, we have the A7, A7R, A7S and A7 Mark II and Sony shows no sign of slowing down.

The release of Sony’s full-frame series has given professional photographers a wide range of high-end bodies to choose between.

The A7 Mark II is currently one of the most interesting options. It features a 24MP sensor, includes 5-axis stabilisation, and has an updated and improved design and ergonomics. It has solved a few annoying problems found on the original A7 such as the ghosting issue, and has the best autofocus performance of the series (it is the only model with phase detection points). It isn’t the fastest MILC on the market but it is good enough for most situations.

The original A7 is by consequence the cheapest full-frame mirrorless on the market at the moment. The A7R on the other hand is perfect for landscape, architecture or still life photography thanks to its 36MP of resolution, while astrophotographers, videographers and those who work in low-light conditions will definitely want to check out the A7S with its incredible high ISO performance and superb video capabilities.

Read our reviews of the Sony A7 and A7s.

As you might have gathered, each full-frame body mentioned here has been designed to meet the needs of a certain type of photographer. Perhaps the only kind of photography that hasn’t been covered is sport photography, which can require a higher frame rate and better autofocus performance. However given the extremely efficient autofocus system of Sony’s mid-end a6000, I believe it is only a matter of time before we see a full-frame camera that places priority on speed.

Regarding the full frame line-up, the original A7 is still a good choice because it has now a lower price tag. Despite some limitations and small issues, it delivers exceptional image quality and it is a good way of entering the full-frame universe. However if it is in your budget, the A7 Mark II makes more sense not only for the reasons already mentioned in Q1, but also because it is the best for third party and legacy lenses thanks to its in-body stabilisation system.

And then we have the amazing a6000. This camera achieves the perfect balance between affordability and functionality. In fact, the only reason it doesn’t fall into the professional category is that it lacks the various external dials and function buttons you’d expect to see on high-end bodies.

Thanks to its 24MP APS-C sensor and BIONZ X image processor, this camera delivers excellent image quality, improved noise reduction over its predecessors, and impressive dynamic range. It comes with 179 phase and 25 contrast-detect autofocus points that cover over 90% of the sensor, lock-on AF for tracking, 11fps continuous shooting with AF tracking, and the ability to autofocus in a mere 0.06 seconds. Couple these advanced features with its WiFi/NFC connectivity, tiltable LCD screen, 1,440K-dot OLED EVF and HD video recording, and you have the perfect recipe for a camera that will please advanced users of all kinds.

But what if you aren’t looking for an interchangeable body but rather a simple compact that you can bring with you wherever you go? In that case, you’ll want to consider the RX100 Mark III, essentially a “point and shoot” in terms of size with the advantage of a large 20MP 1-inch sensor and bright 24-70mm f/1.8-2.8 fixed zoom lens. Despite its diminutive size, it makes room for both a built-in pop up electronic viewfinder and 3-inch tilting LCD, and includes useful features such as a 3-stop ND filter, 1080/60p video and WiFi/NFC and more.

See our first impressions article about the RX100 Mark III.

Finally, there is the RX10, which is a large “bridge” camera sporting the same 1-inch sensor as the RX100 Mark II but with better zoom lens capabilities (up to 240mm equivalent with a bright f/2.8 aperture). It works really well as a do-it-all camera for both video and stills.

When it comes to Sony’s entry-level interchangeable mirrorless cameras, the choice can be overwhelming. The company has released so many similar models that it is difficult to figure out just how one differs from the other.

On one hand, you have the entire range of “debranded” NEX cameras, many of which were already more advanced than other mirrorless cameras of the same generation at their time of release. The NEX 6 in particular was long-time a favourite, and continues to be a valid option for both beginners and more advanced users. A few of its most attractive features include hybrid contrast and phase detect AF, 10fps continuous shooting, OLED viewfinder and 1080/60p HD video. You can often see it for a very reasonable price on the second-hand market.

On the other, you have the brand new line of ILCE cameras including the a3000, a5000 and a5100. Which you choose will depend on how much you’re willing to spend and how many extra features you want from your camera.

The a5100 is the most advanced model but it is also the most expensive. It is the first Sony mirrorless to feature a touchscreen for focussing and firing the shutter. It also has a hybrid autofocus system (contrast and phase detect), 24MP sensor, higher maximum native ISO of 25600 and much improved video shooting. All that’s missing is a built-in electronic viewfinder. (If this is a characteristic that is extremely important to you, you’d be better off with a NEX 6.)

Finally, the RX100 Mark III’s predecessors, the RX100 and RX100 II, remain excellent options if compactness is a priority. The two models are quite similar but the latter has WiFi, a hot shoe, and backside illuminated sensor for an extra stop of low-light performance.

See our full review of the RX100 Mark II.

Sony is a company with two great qualities: it does not fear to push the envelope and it has the technological and financial means to create outstanding products. Despite this, it continues to struggle to establish itself as a photography brand and build a community around its products.

Before professional photographers begin to take Sony seriously, the company needs to prove that it is dedicated to its photographic products and users. This means developing a clear direction, being transparent with users about upcoming products, taking user advice on board, and delivering on promises in a timely fashion.

After all, the last thing a photographer wants to do is invest in a new camera system just to discover that the company has no intention of completing it with all the necessary lenses, accessories and support. This is something Fujifilm, Olympus and Panasonic have all realised and incorporated into their respective strategies, and we can only hope that Sony will do the same.

Have you begun to use a Sony mirrorless camera? Are you interested in any of their products? Share your thoughts below!