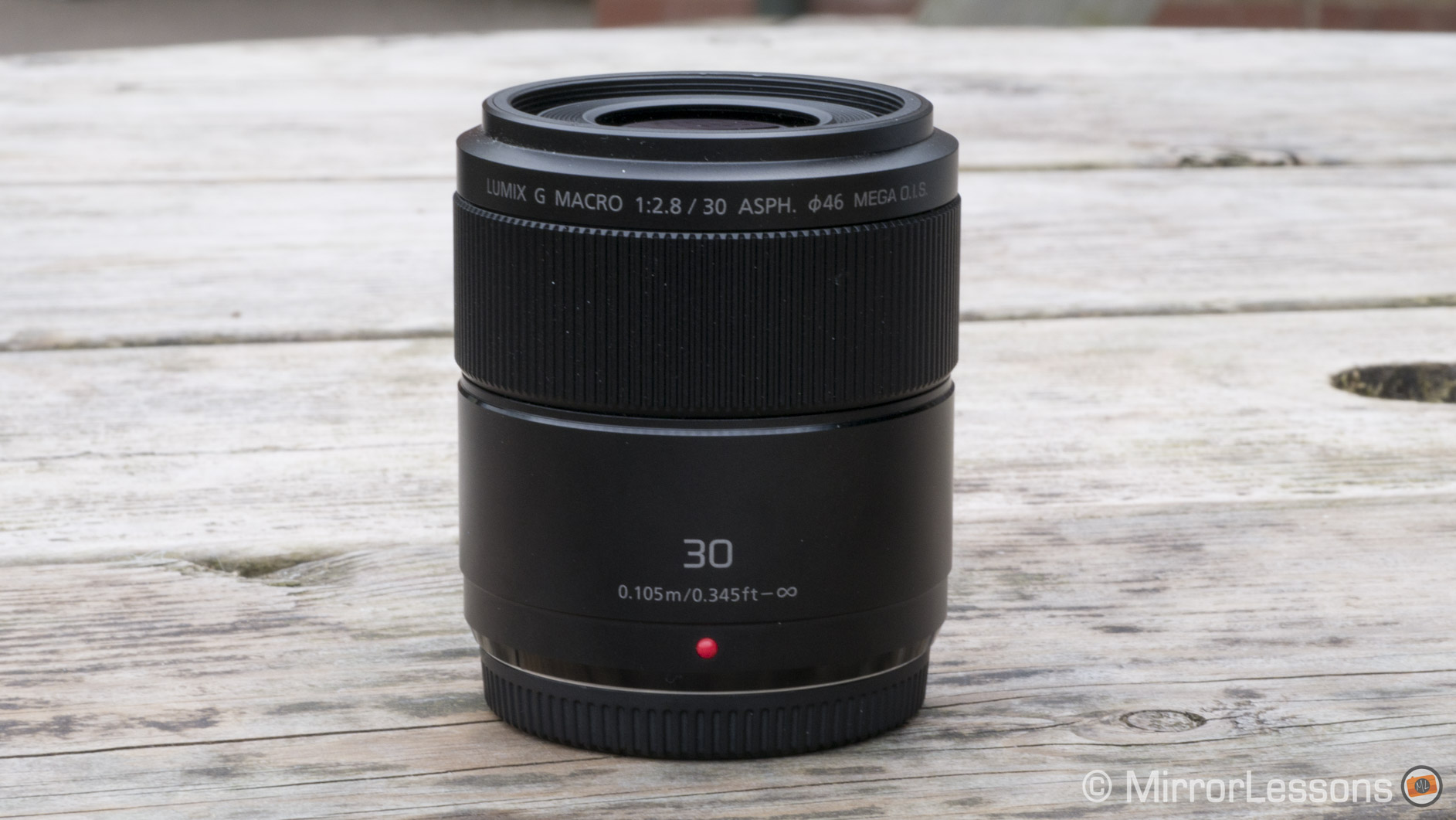 On Sunday, Mathieu and I attended the second of two events held in Wales by Panasonic UK and the National Trust. The first was held at Erddig House, where we had our hands-on with the Lumix G7 and the 42.5mm f/1.7, while Sunday’s event took place just miles from the stunning Welsh coast at Penrhyn Castle. Constructed in the 19th century, it covers 60 acres of land and is overflowing with history, from a industrial and model railway museum housed inside its great Norman-eque walls to the one-ton slate bed made for Queen Victoria when she visited in 1859.

It was the perfect setting to try out the new Lumix GX8 (see our hands-on here) and the 30mm f/2.8 macro lens, the third macro offering for Micro Four Thirds. Although I’d tried the 30mm macro during the Erddig event, I didn’t have enough time to piece together a review, which is why I made it my number one priority this time around!

The Lumix 30mm f/2.8 is an interesting lens in that it is very close to the standard focal length of 25mm (50mm on 35mm format). This makes it versatile not only as a macro lens but also as an all-purpose standard prime. By contrast, one of the 30mm’s main competitors, the Olympus M.Zuiko 60mm macro, offers double the length (120mm on 35mm format), which is perfect for macro work but somewhat limiting for other kinds of photography.

Plain, black and compact in its design, the 30mm macro is certainly one of the most unassuming primes in the Micro Four Thirds line-up. It is a good match for the more substantial Lumix cameras but balances well even on the smallest cameras in the series. I used it on both the diminutive Lumix GF7 and the larger Lumix G7 and didn’t find either combo too front-heavy or uncomfortable.

The barrel is a mix of high quality plastic and metal and weighs only 180 grams. It is equipped with a large fly-by-wire manual focus ring that is ribbed and turns with smooth accuracy, but is otherwise devoid of physical features. I would have liked to see a focus limiter switch like the one on the M.Zuiko 60mm but I’ll admit that I rarely had trouble focussing with this lens, even when I switched back and forth between the minimum focus distance of 10.5cm and infinity.

The lens also lacks weather-sealing, which is a shame as many of today’s Lumix bodies are now splash and dust proof. It features a 46mm filter thread, so filter use is a possibility.

As could only be expected from a Lumix prime, the 30mm macro delivers excellent sharpness at the centre and in the corners from its fastest aperture of f/2.8 up to f/8 with peak performance at around f/5.6. We begin to see a noticeable decrease in sharpness from f/11 onwards, which is a bit of a shame as macro photography often requires very slow apertures to bring everything into focus. In a way, it would have been better if the 30mm weren’t as sharp at f/2.8 but had very good performance at f/11.

There is some vignetting at the fastest aperture but it soon disappears once you stop down to f/4. Distortion does not appear to be an issue, nor does flare or chromatic aberration.

The lens employs a diaphragm with 7 rounded blades. It produces a very nice bokeh when you are close to your subject but can appear somewhat “busy” the further you move away. The specular highlights aren’t perfectly round, especially as you move towards the edges of the frame, but they aren’t unpleasant either.

With the 30mm macro, we get 1:1 magnification at 10.5cm, meaning that you must position yourself extremely close to your subject to achieve the maximum reproduction. Since the minimum focus distance is so close, you have to be careful not to cast a shadow on your subject at the closest distance. You should also keep in mind that it isn’t the best focus distance for nervous critters like insects, as getting too close might frighten them away. It is however ideal for inanimate objects like leaves and flowers or product shots of small objects like rings or wrist watches.

Before considering this lens for your collection, it is definitely worth reflecting upon the kind of subject matter you’d be most likely to photograph. If it is insects, you may want to shift your glance to the longer M.Zuiko 60mm macro, which is the lens I use for most of my butterfly photography.

Those who use non-stabilised Panasonic bodies will be pleased to know that the 30mm macro comes with built-in optical stabilisation. In my tests around the dark rooms of Penrhyn Castle, I was able to take in-focus shots down to 1/5 of a second with a few attempts on the non-stabilised Lumix GF7. However, if you want to be safe, it is better to stick with shutter speeds of 1/8 of a second or faster.

Also bear in mind that it is better to use faster shutter speeds at macro distances since your movements and those of the subject you are photographing are greatly magnified. Breathing, shaking or even a slight gust of wind can easily throw your subject out of focus!

The autofocus mechanism was quick, silent and accurate thanks to the direct-drive linear stepping motor, and manual focussing was easy to perform despite the lens being fly-by-wire.

With three macro offerings now available for the Micro Four Thirds system, there is no excuse not to brush up on your macro photography skills if it is a genre that interests you.

The Lumix 30mm macro is certainly great value for money. At less than $400, it offers excellent sharpness up to f/8, effective optical stabilisation, 1:1 magnification, and a focal length that can substitute any standard 25mm prime as long as you don’t mind having those extra 5mm and a maximum aperture of only f/2.8. And we mustn’t forget that all this comes in a very compact body that can happily sit in the palm of your hand.

Funnily enough, the main argument against the lens is also what makes it appealing. At 30mm, it works well as a standard focal length when you aren’t doing macro photography but will sometimes cast a shadow on your subject if you are trying to achieve 1:1 magnification at 10.5cm. What’s more, you won’t be able to shoot certain insects because they’ll fly away before you ever get close enough to photograph them.

For this lens to be worth your while, the Lumix 30mm macro should really become your everyday “standard” prime that just happens to have the benefit of 1:1 magnification.

If you already own a standard prime, then I’d suggest going for the similarly priced M.Zuiko 60mm macro instead. It gives you a longer focal length, making it easier to capture all sorts of animate and inanimate subjects, and has the added bonus of a focus limiter switch. It lacks optical stabilisation, yes, but this won’t matter if you own an Olympus body or Panasonic body with built-in IS like the GX7 or GX8. Besides, you’ll rarely want to go below 1/100 of a second for macro photography anyway.