You are here: Home / In Depth / 5 Good Reasons to Choose a Mirrorless Camera with a Flip Screen 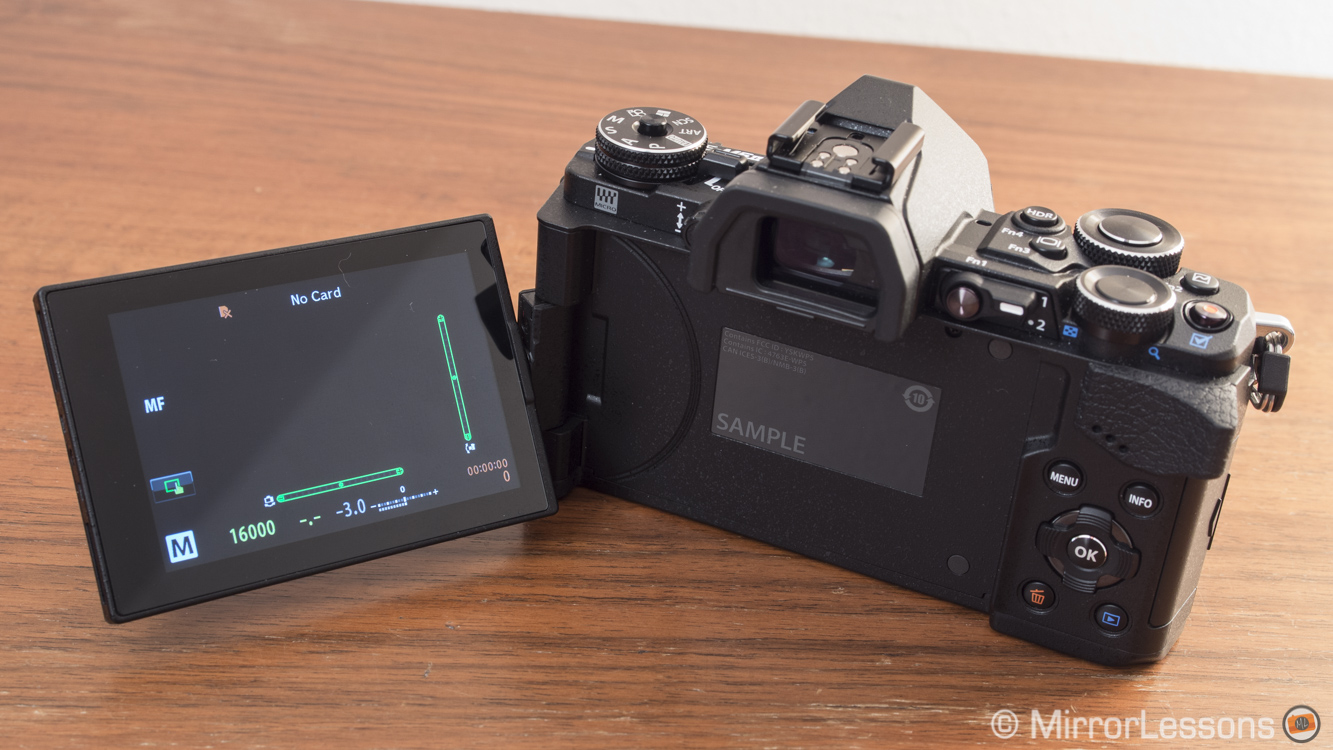 A month or so ago, I was hiking through Nant Gwernol forest with the Panasonic LX100, taking pictures of the trees, shrubs and running water from every imaginable angle. At one point, I decided to lie down on the damp rock bed to capture the following shot: 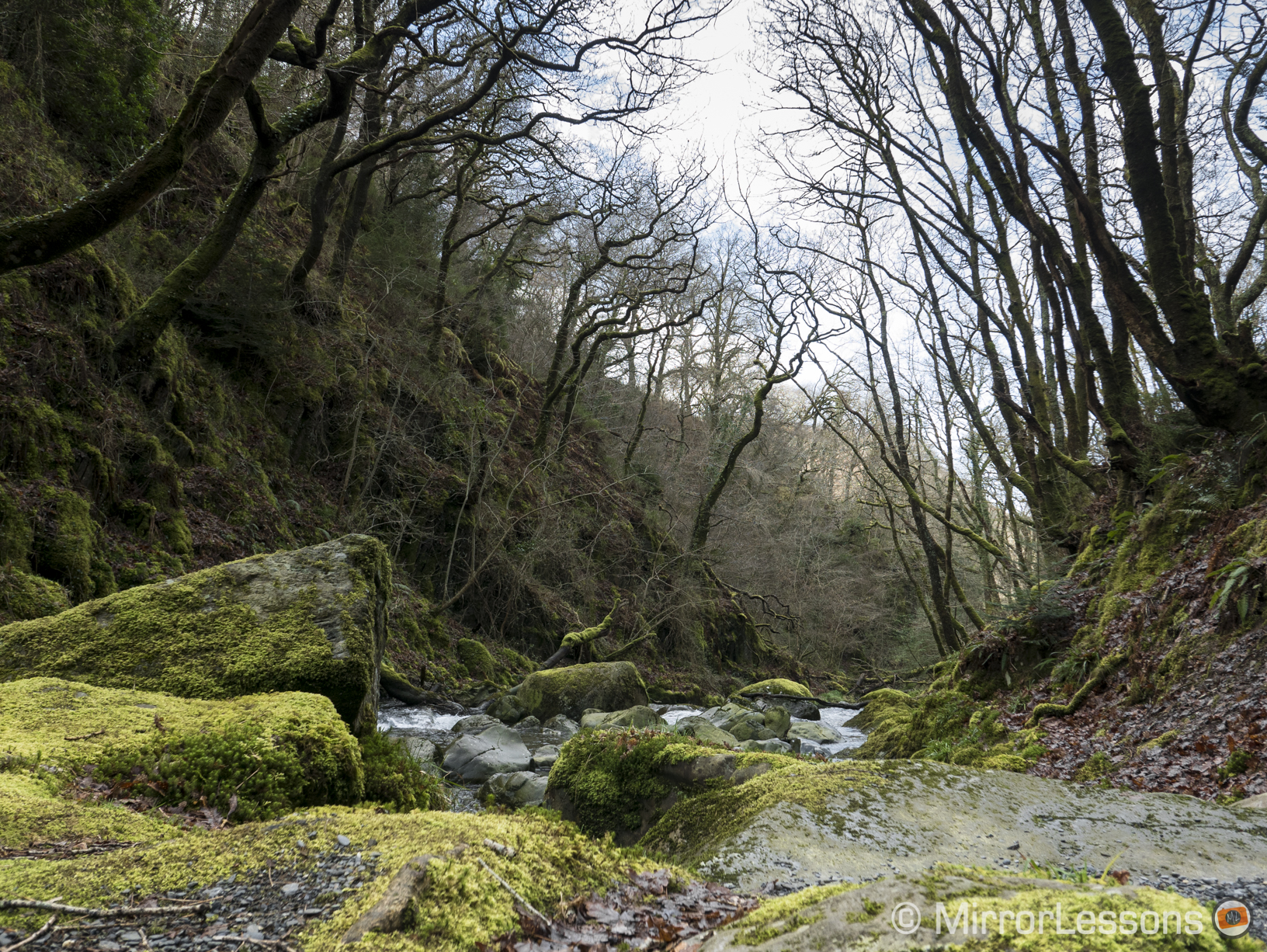 While I’m not convinced that the shot was worth the mud on my jeans and jacket, what I do know for certain is that if the LX100 had a flip screen, I probably would have saved myself a load of laundry!

Flip screens are a great invention, and quite a common feature on today’s mirrorless cameras and premium compacts. They make it possible to take shots that would otherwise be very challenging to compose.

Of course, this isn’t to say that everyone advocates flip screens. Before the announcement of the Fujifilm X100T, for example, fans of the series were divided into two groups: those wanting a tilting LCD and those adamantly against one. Some believed that a flip screen would ruin the design or unnecessarily increase the dimensions of the X100 series cameras, while others were open to change.

It is true that a flip screen can increase the bulk and weight of a camera and can also be more fragile than a regular screen, but in our personal experience, we’ve found that the positives outweigh the negatives. Below you’ll discover just why we’d go for a mirrorless camera with a flip screen over one without.

Easier to take shots at very low or high angles

The first point relates back to my experience in Nant Gwernol. The shot I had visualised had to be taken from a very low angle to fit in the canopy of ancient trees and their web of branches against the sky.

Had I used a camera with a flip screen, I could have simply knelt down, held the camera down near the ground, and tilted the screen up to get a good view of the scene. Since I didn’t have a tilting screen, my only options were to kneel down and blindly guess at my composition, or lie on the ground and compose.

You could similarly imagine being at a concert, surrounded by people much taller than you. (Something that happens to me all too often!) A person without a flip screen would have to raise their camera in the air, snap a random picture and cross their fingers for a decent composition. In a scenario like this, nothing beats tilting the screen down to see exactly what you’re shooting.

Of course, a second option could be to set your camera up on a tripod, tether it to your smartphone and use your mobile device as a second screen but the process of setting up the camera and connecting the two devices wirelessly can’t be done instantaneously and it isn’t always practical.

Now here’s a point that’s bound to stir up some controversy! Love them or hate them, selfies have become part of mainstream photography, so to have a camera that makes them easier to take can only be a good thing.

There are a number of mirrorless cameras out there that have screen which, when flipped up 180 degrees, automatically activates a selfie mode. This mode will usually trigger a 2-second timer so you can prepare yourself for the shot, as well as a face or eye detection mode to keep your features in focus. Our favourite “selfie” cameras include the Olympus Pen E-PL7, Panasonic Lumix GF7 and Samsung NX Mini.

Discretion on the streets

When out shooting candid street photography, there is no questioning the benefits of a flip screen. So as not to attract the attention of people on the streets, I tend to flip the screen up 90 degrees, hold the camera at waist level, look down at the screen, and pretend to be reviewing my images whereas in actual fact, I am snapping pictures.

This method is anything but new. Street photographers have been holding their cameras at waist level and looking down into the finder ever since twin-reflex cameras like the Rolleiflex came onto the scene. It is probably in this way that prolific photographers such as Vivian Maier managed to get so close to their subjects without drawing too much attention to themselves. 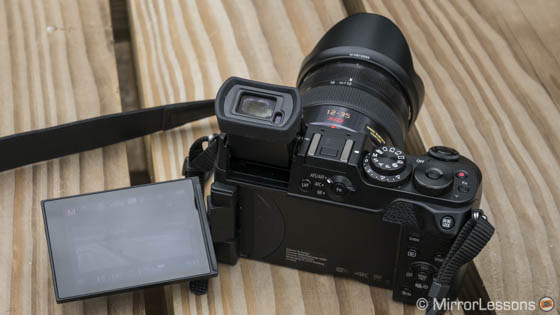 Having a flip screen isn’t just about overcoming awkward angles but also about avoiding reflections on the screen. When the sun’s rays hit your LCD screen at a certain angle, the reflections are often so intense that you can’t even see the image on your screen. An alternative could be to use a viewfinder, but if your camera doesn’t have one, a flip screen is your next best bet. You can adjust its position until the reflections disappear, or at the very least, cease to interfere with your view of the screen. 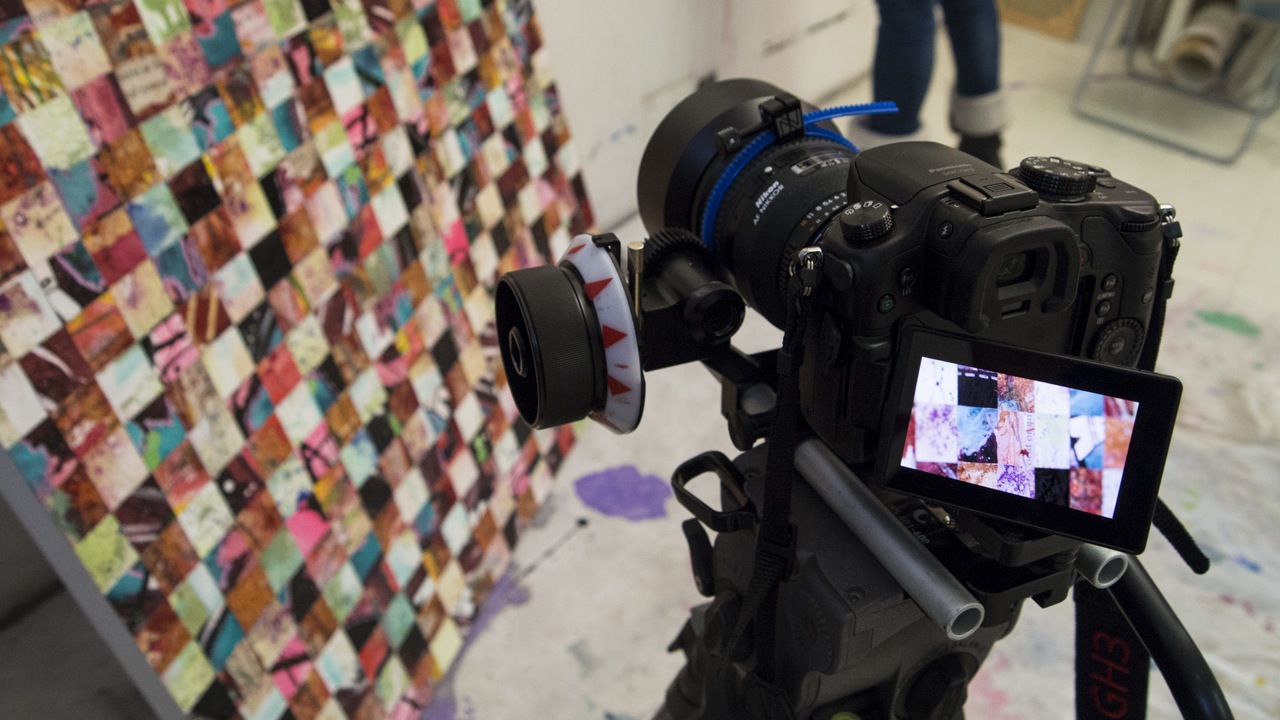 Prosumers/entry level camcorders and certain mirrorless cameras designed partly for video use (the Lumix GH4 or OM-D E-M5 II for example) have an articulating LCD screen that flips to the left and can often rotate up by 180°. As Mathieu learned during his professional filmmaking years in Italy, having a screen like this is more useful for videomakers than a monitor that only tilts up or down or doesn’t move at all.

There are various reasons this helps the user experience. A rotating display can help the filmmaker check his footage from multiple angles especially when the camera is positioned in a confined space and the rear is not easy to access. Flipping the display to the side can be useful when you need to check accessories or buttons while filming or preparing the composition. If you are shooting with an assistant, flipping the LCD around and rotating it by 180° can help him check the focus and various other settings. During an interview, such as the one we held with artist Deborah Rushton using the Lumix GH3, you can quickly rotate it to show the other person the composition, or when prepping the camera, you can orientate the screen in such a way that you don’t have to check the back of the camera every two seconds.

Flip screens have become a ubiquitous feature on most modern cameras. My personal feeling is that it is better to have one than not, even if they do add some slight extra bulk your camera. After all, if you don’t want to use it, all you have to do is leave it in position and pretend it isn’t there. But if you do encounter a situation where the muddy ground is the only thing standing between you and a great shot, you’ll know exactly what to do … and it doesn’t involve dirtying your best attire!