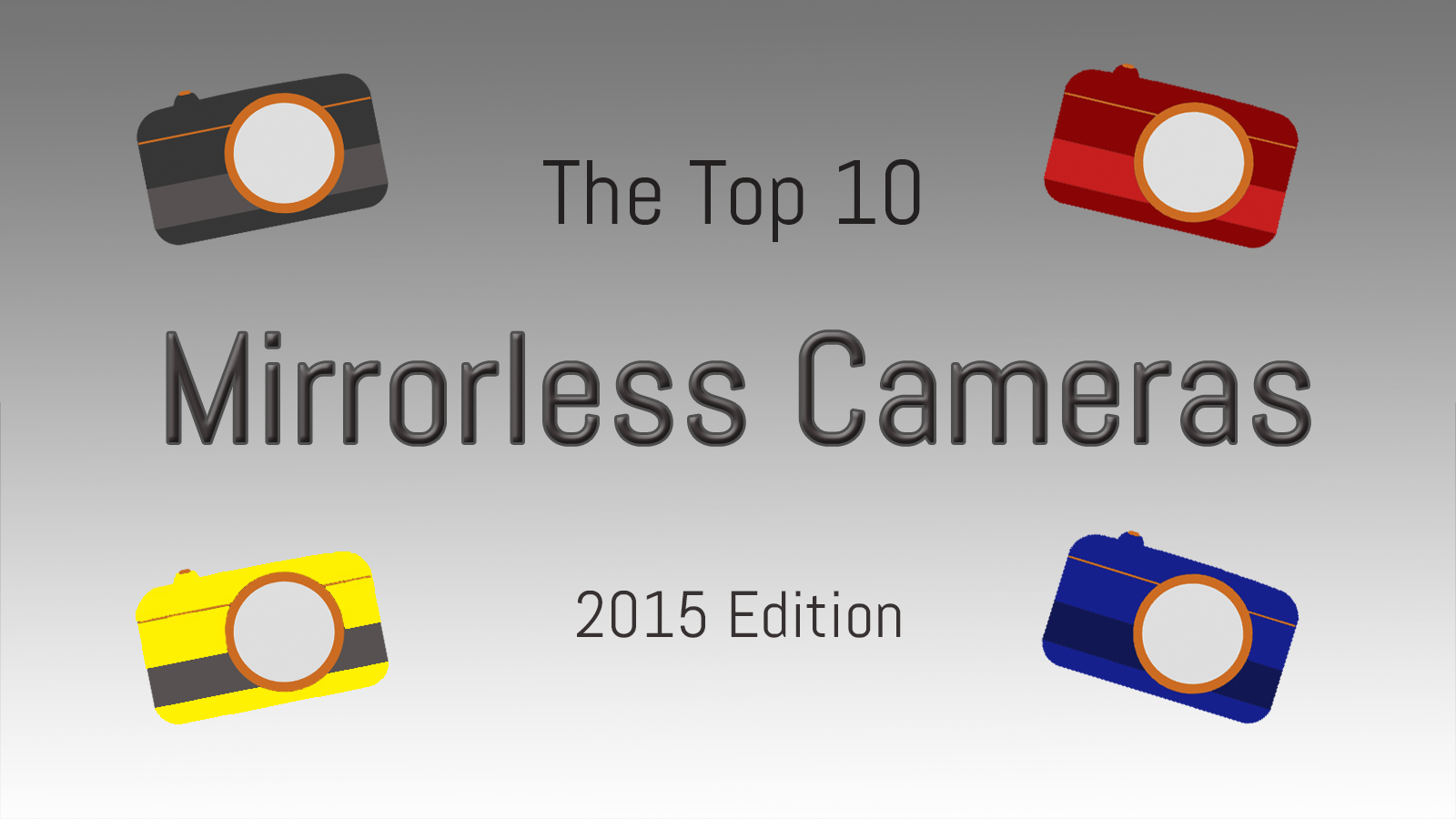 With Halloween and Thanksgiving done and the palpable energy of the holiday season in the air, it is all too clear that the final days of 2015 are upon us, which also means that it is time for us to round up the top mirrorless cameras of the year!

Although 2015 hasn’t been as exciting as some years in terms of camera releases, we have certainly seen some great leaps forward in technology. 4K is now an industry standard on cameras from Sony and Panasonic Lumix, while Olympus is pushing the envelope with features like Focus Bracketing/Stacking, High Res Shot and 5-axis stabilisation for video. We’ve seen high-quality slow motion capabilities from a compact camera that’s smaller than a smartphone, and even a high-end hybrid mirrorless that can work with AF lenses from multiple brands.

All this bodes very well for 2016, which is the year we should see the much-awaited successors to the Fujifilm X-Pro1, Olympus OM-D E-M1, Panasonic Lumix GH4 and, dare I say it, the Sony A7 II. It will be a year of more powerful sensors, higher megapixel counts, better autofocus and low-light performance and an increase in professional features that bring the worlds of photography and video closer together than ever before. To say that we are excited would be an understatement!

But of course, one should never put the cart before the horse, so let’s focus on the here and now. Here are what we feel are the top 10 mirrorless cameras from this year. At the end of this article, we also invite you to tell us which cameras piqued your interest this year!

The top place on this list could go to none other than the Sony A7r II, the perfect blend of all the previous cameras in the full-frame A7 series. In addition to its brand new BSI 42MP sensor, excellent low-light performance and 5-axis in-body stabilisation, we have 399 phase-detect points and 4K video in multiple formats including full-frame and Super 35mm. It is also the world’s first true “hybrid” camera since it can work with many A-mount and Canon EF autofocus lenses via an adapter – and we shouldn’t fail to mention that it delivers great results.

Perhaps the only area where the A7r II doesn’t outclass its contemporaries is burst speed, which is only 5fps. What’s more, a few annoying things have carried over from the older Sony cameras such as the messy menu system and the poorly integrated Wifi/Playmemories Apps. As for everything else, it either matches or is miles ahead of the competition.

The latest addition to OM-D line-up, the E-M10 II, takes many of the best features from Olympus’ high-end models and packs them into an affordable body. A few of these include 5-axis image stabilisation for stills and video, the new Focus Bracketing mode, and an electronic shutter for silent shooting. It has a 16MP Micro Four Thirds sensor that delivers great image quality, and a snappy autofocus system that leaves little to be desired. Add to this the classic and stylish body with great controls and dials and you have an unbeatable contender for those who want to keep their budget to a minimum.

The Lumix G7 is the flagship GH4’s little sister, with its DSLR-like body, prominent front grip and good EVF. It shoots 4K video and has all the latest 4K Photo features (including the recent Post Focus feature) which are accessible from a dedicated dial on the camera body. Additionally, it has the same DfD Autofocus technology found on the GH4, which is among the best in the mirrorless segment. Although it lacks the weather-sealing and sensor stabilisation of the more robust GX8, it costs about half the price.

If I were to list the best mirrorless cameras in terms of pure popularity, the Fujifilm X-T10 would be near the top. Why has is proven so popular? Because it is basically the flagship Fujifilm X-T1 packed into a smaller and cheaper body. Not only is the design nearly identical, but it also has the same 16MP X-Trans II APS-C sensor and the same hybrid AF system. It is slightly smaller and less enjoyable to hold, but the ergonomics improve with the optional grip. The only real limitation of this camera, and all cameras in the X line-up for that matter, is the video quality.

When the RX100 IV was first announced, many were shocked by the amount of technology Sony managed to pack inside a body that is no bigger than your average point and shoot. Not only does it have the pop-up electronic viewfinder and bright 24-70mm f/1.8-2.8 lens of the previous RX100 III but it also incorporates features which, just a few years ago, would have only been available on high-end video cameras that cost into the thousands. One such feature is slow-motion video which allows you to record slow-motion footage at 1000fps, 500fps or 240fps in Full HD. You also get high resolution 4K video, a 1/32,000 max shutter speed and an anti-distortion shutter to reduce rolling shutter issues. The 20MP 1-inch back-illuminated sensor has been updated with VRAM technology that increases the speed and performance including continuous shooting at 16fps. Technology wise, this is the camera that impressed us the most this year. The only negative points are the expensive price (for a compact camera) and the short battery life.

The OM-D E-M5 II replaces the first OM-D camera, the E-M5, and was released just over six months before the E-M10 II. Mathieu rated it as the ideal travel companion because of its robustness, fast performance and stunning 5-axis stabilisation. Concretely speaking, there aren’t many differences between the E-M5 II and E-M10 II. Both have a 16MP Micro Four Thirds sensor, 5-axis image stabilisation (the E-M5 II performs 1Ev better) and Full HD video. The main features the E-M5 II has that the E-M10 II lacks are as follows: a bigger viewfinder, a multi-angle LCD, weather-sealing and a High-Res shot mode that allows you to take a 64MP Raw file by combining 8 shots. It is also more expensive than the E-M10 II, which is why we feel the latter is currently the better deal.

The Panasonic Lumix GX8 is the first Micro Four Thirds body to have a 20MP sensor and the second body from Panasonic to have in-body stabilisation, except this time, it works in conjunction with the optical stabilisation of Lumix lenses. The result is a stabilisation system that is nearly as good as that found inside the latest Olympus OM-D cameras, working down to 1 second if you are very steady. Another new feature which was first seen on the Lumix G7 are the three 4K photo modes that let you grab 8MP stills from 4K footage in-camera. It is very useful for any genre of photography involving fast action. To match its 4K video capabilities, it has a swivelling touchscreen and inherits an upgraded (and excellent) tilting EVF from the GX7.

Of all the Leica cameras we tried this year, both old and new, the Leica Q with its 24MP full-frame sensor and fixed 28mm Summilux lens is the one that appealed to us the most. Besides being one of the more affordable Leicas on the market at just over $4000, it is also the first to have a snappy autofocus system, touch sensitivity, a large and bright EVF, Full HD 1080p video at up to 60fps, 10fps continuous shooting, and a maximum ISO of 50,000. Though we only shot with it for two weeks, it oozed quality and delivered some gorgeous images.

The Sony A7s II, with its ISO range of 50 to 409600, has astounding low-light capabilities that are rivalled only by its predecessor, the A7s. The performance is so good that the camera can pull out details from a pitch black scene. Like the A7s, it has a 12MP full-frame sensor and a contrast detection autofocus system that has been upgraded with more AF points. (It didn’t impress us that much.) It has received a number of significant upgrades also found on the other Mark II models – namely, five axis stabilisation, internal 4K recording that delivers stunning footage, an improved viewfinder, and compressed/uncompressed 14 bit Raw options. The only reason this camera isn’t higher on this list is because the A7r II can do most of what the A7s II can do, with the added benefit of phase detection autofocus and a higher megapixel count. While an excellent still camera, the A7s II has been designed for filmmakers first. 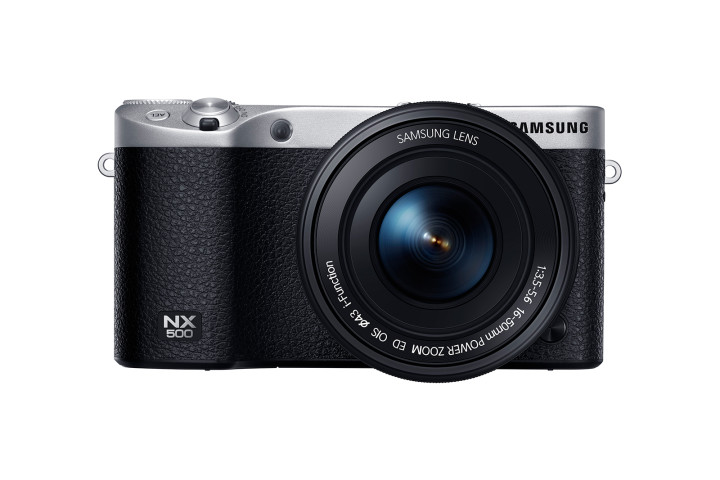 Amidst rumours that Samsung is on the verge of shutting down its digital imaging business, I was hesitating whether or not to place the NX500 on this list. However, given its excellent specifications, I feel it deserves a mention, regardless of what Samsung decides to do. The NX500 is one of the most powerful mid-end mirrorless cameras on the market today and shares many specs with the flagship NX1 which we tested last year. In addition to its 28MP back-side illuminated APS-C sensor and phase detection autofocus with 205 points, you also get 4K video recording, 9fps continuous shooting and some of the most advanced WiFi features out there. Add to this a very ergonomic design, a user-friendly menu system, and its very reasonable price tag, and you have a near-perfect compact system camera. However, all this is inconsequential if Samsung pulls out of the mirrorless sector, as it means no new lenses and no support.

Update: The latest report seems to indicate that the plug is about to be pulled in the UK.