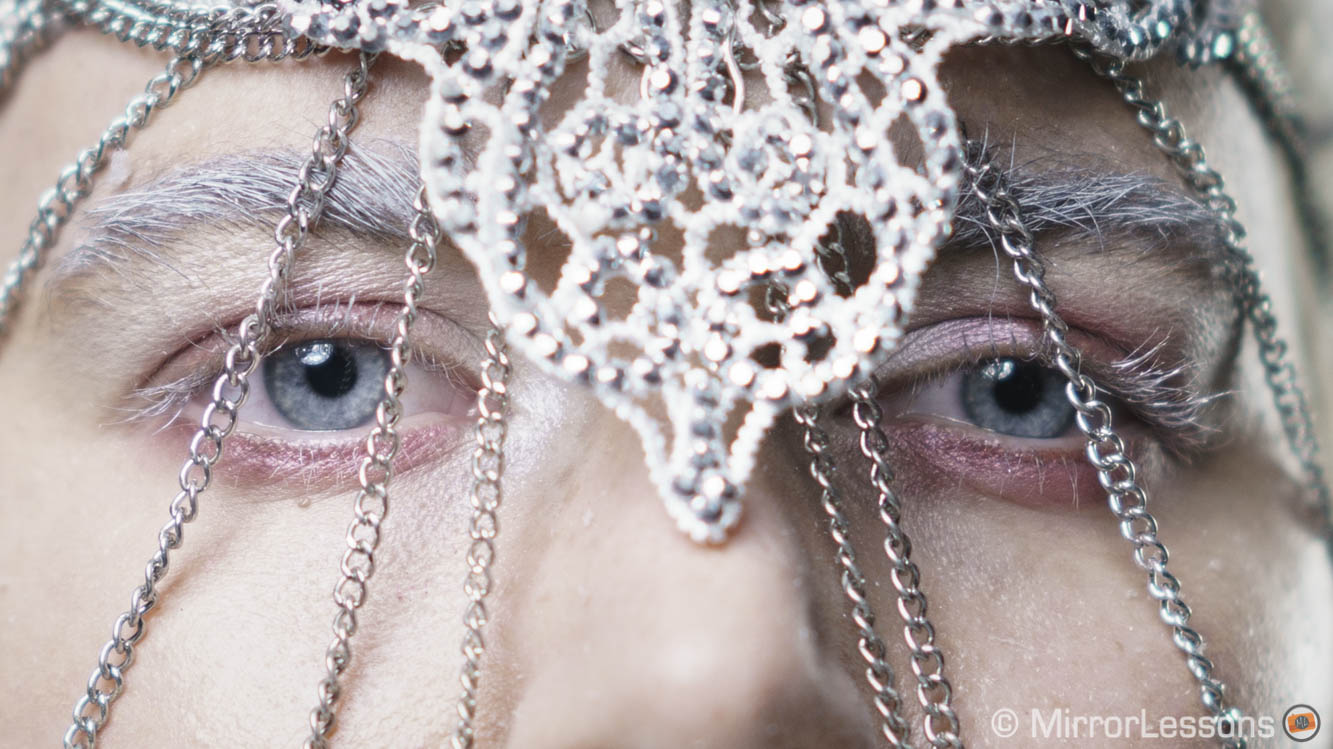 Yesterday we had the chance to try the new Sony G Master lenses in Amsterdam at the Sony Benelux headquarters. The 24-70mm f/2.8 and 85mm f/1.4 were final versions while the 70-200mm f/2.8 was a prototype and as such, was only on display. The event was very well-organised and we had plenty of time to test the lenses at various sets designed for the occasion.

Thanks to the time we had with the lenses, I can already share my initial feedback. Actually, let me say upfront: they are really good! The 85mm f/1.4 in particular stands out from the crowd and could become a new reference in the portrait lens category.

Note: if you click on any of the images below, it will open a full res version. Each shot was converted to JPG from the RAW file using Lightroom CC. Minimal adjustments to colour and contrast were applied.

Before writing my thoughts about the individual products, there is some information worth sharing. First this new premium lens line-up is an important piece of the puzzle in Sony’s strategy. The company designed them to give E-mount users the best performance they can possibly have in terms of resolution and bokeh.

The lenses have a resolving power of 0.01 µm (micrometer). Just imagine a point as large as 1mm: the lens can differentiate a detail 100,000 times smaller which is quite impressive if you think about it. With this in mind, it should be no surprise to learn that the G Master lenses have been designed for sensors with a higher resolution than the 42MP BSI sensor of the A7r II, as well as for 8K video.

The reason for this excellent resolution can be partially attributed to the new XA lens, an aspherical element that has a more linear surface, also allowing for a more perfect bokeh with rounded out-of-focus areas and no “onion ring” effect.

In my news article, I shared my surprise at seeing such high-quality lenses from Sony since most high-end lenses are produced by Sony in collaboration with Zeiss. Sony actually explained that these new products don’t go into direct competition with Sony/Zeiss. The G Master lenses aim for high resolution and a perfect bokeh while the Sony/Zeiss lenses focus on resolution and contrast.

This confirms what I already anticipated: Sony wants to become a reference not only for the sensors they produce, but also the optics.

They want to make their “Sony quality standard” as well-recognised and respected as other photography lens manufacturers on the market. The best way to reinforce this is to produce everything in-house: sensor, software algorithm, processor and lenses.

The 24-70mm f/2.8 is not uncomfortable to use but it is a heavy lens for the A7r II and the weight somewhat unbalances the combo. This is something worth considering, in part because the lens doesn’t include optical stabilisation. I took all my shots hand-held to see how the 5-axis stabilisation of the A7r II would work and overall I achieved good results down to 1/15s but not without various attempts.

It is large and heavy which means we are in DSLR territory. You can see from the comparison below that there isn’t a big difference between the Sony camera/lens and a Nikon D810 with the Nikkor 24-70mm f/2.8. The Sony combo remains shorter, slightly smaller and lighter but in the real world, the difference is subtle.

The build quality is excellent as expected. Note however that the lens is not fully weather-sealed but only dust and moisture resistant. Given the high-end target of this lens, I would have expected to see complete weather sealing including water and freeze resistance. I was pleasantly surprised by the zoom and focus rings: they are very smooth yet precise. They are covered with thin ribbed rubber. Manual focusing with the lens is a real pleasure.

The zoom mechanism is not internal so the lens protrudes a little when you extend the focal length. On the barrel you can find an AF/MF switch and a Focus Hold button. There is also a switch to lock the zoom mechanism at 24mm.

What about sharpness and bokeh then? Well, see for yourself by looking at the image samples below (there are more at the end of the article). The lens is already razor sharp at f/2.8 at the centre.

The bokeh was another pleasant surprise. It has character and is very pleasant with plain and almost perfectly rounded out of focus circles. Plus, imperfections in the out of focus circles are hard to detect. The performance is excellent at the shortest focus distance as well, which is 38cm through the entire zoom range.

Sharpness across the entire frame seems very good from corner to corner. More tests will be required to see the true potential of this lens and the XA element in this regard but these initial results are very promising. However we can notice in some areas with backlights and high contrast that chromatic aberration is indeed present.

There is also some some barrel distortion especially at 24mm as you can see in the image below by looking at the ceiling. However keep in mind that the lens profile is not yet available in Lightroom. I am sure that some software enhancements will improve both distortion and chromatic aberration.

The AF is fast overall and the motor is completely silent. I often used Eye AF for the portraits and it was precise most of the time. However the A7r II needs a firmware update to be fully compatible with the new G Master lenses (coming in March). More than once the AF wouldn’t lock or lacked precision. I am sure that once the new firmware is installed, there won’t be any more problems. I was also pleased by the AF performance for video: it is both fast and smooth.

Tech curiosity: the 24-70mm has a new Direct Drive SSM (Super Sonic Motor) with Piezoelectric elements that expands and contracts at more than 50,000 cycles per second.

The 85mm f/1.4 is a bulky lens on the A7r II. Here as well the combo is slightly unbalanced but it is comfortable enough. That said, we are far off the weight of the smaller and more portable Batis 85mm. There is an aperture ring like the one on the 35mm f/1.4 that can be de-clicked for video use. The focus ring is very smooth once again.

The AF struggled more than that of the 24-70mm even with Eye AF but again this is because the camera requires a firmware update that will be available soon. It was slower during video recording as well.

From an optical point of view, this is probably the lens people were most interested in trying out and for good reason.

Sony didn’t lie about the resolution. The quality of even the smallest details is already impressive at the fastest aperture of f/1.4.

From f/2 sharpness becomes even better and at f/2.8 and f/4 it is simply outstanding. This 85mm has some sort of “surgical precision” when it comes to detail. It really feels as if it has been designed to deliver the most perfect image a portrait lens can possibly deliver.

The iris mechanism has 11 blades to enhance the bokeh quality. Sony really drove this point home during the presentation. Here again the results seem to live up to expectations. The 85mm delivers beautiful out of focus circles with precise edges and uniform rendering. It’s creamy and the transition between colour and contrast is very smooth. What more can I add, really? I’ll let the images talk.

As I said in the introduction, this is the only lens I couldn’t test properly because it was a pre-production unit. I mounted it on the camera to test the weight which is quite substantial. It is not that large in comparison to the f/4 version but the weight makes all the difference here. You can also see a picture with the 2x teleconverter attached.

The 70-200mm f/2.8 certainly has interesting characteristics that will be worth checking out. For example the floating focusing system allows you to focus as close as 96cm. The double linear motor for the rear group eliminates wobbling issues which is a welcome thing for video shooting as well.

Two new teleconverters have been designed for the FE lenses (1.4x and 2x respectively). Unfortunately as of now they are only compatible with the telephoto GM lens and not with the 70-200mm f/4. Other lenses will be compatible in the future which means we can expect some super telephoto lenses sometime in the future.

Although I couldn’t try the lens I can share some official press images just to give you a preview of how this lens can perform.

More in-depth tests will definitely be required to see how far the resolving power of these lenses can go in a real world situation. So far I’ve found the results very impressive, especially those from the 85mm f/1.4. (It was also the lens that matched the various studio sets Sony prepared for us the best.) Below is the corner of a large print shown at the event. The printed shot was taken with the 24-70mm. You can see that the amount of detail is encouraging.

I think these lenses prove that Sony is determined to chase the best image quality possible from both a sensor and lens point of view. It is true that the system is not yet complete and lacks more affordable lenses but many people asked for f/2.8 lenses and Sony answered. I am confident they will do the same in response to the other complaints.

Perhaps the only negative point that should be raised is the size and weight. We now have definitive proof that the Sony full-frame mirrorless system is no longer capable of offering compactness as a primary advantage anymore, so we need to turn our attention to the other characteristics that can make a mirrorless camera more interesting, which in this case are the EVF, 5-axis stabilisation, and advanced 4K video, to name a few examples.