You are here: Home / Galleries / Photo Gallery of Our Day at Castle Leslie with the Olympus OM-D E-M1 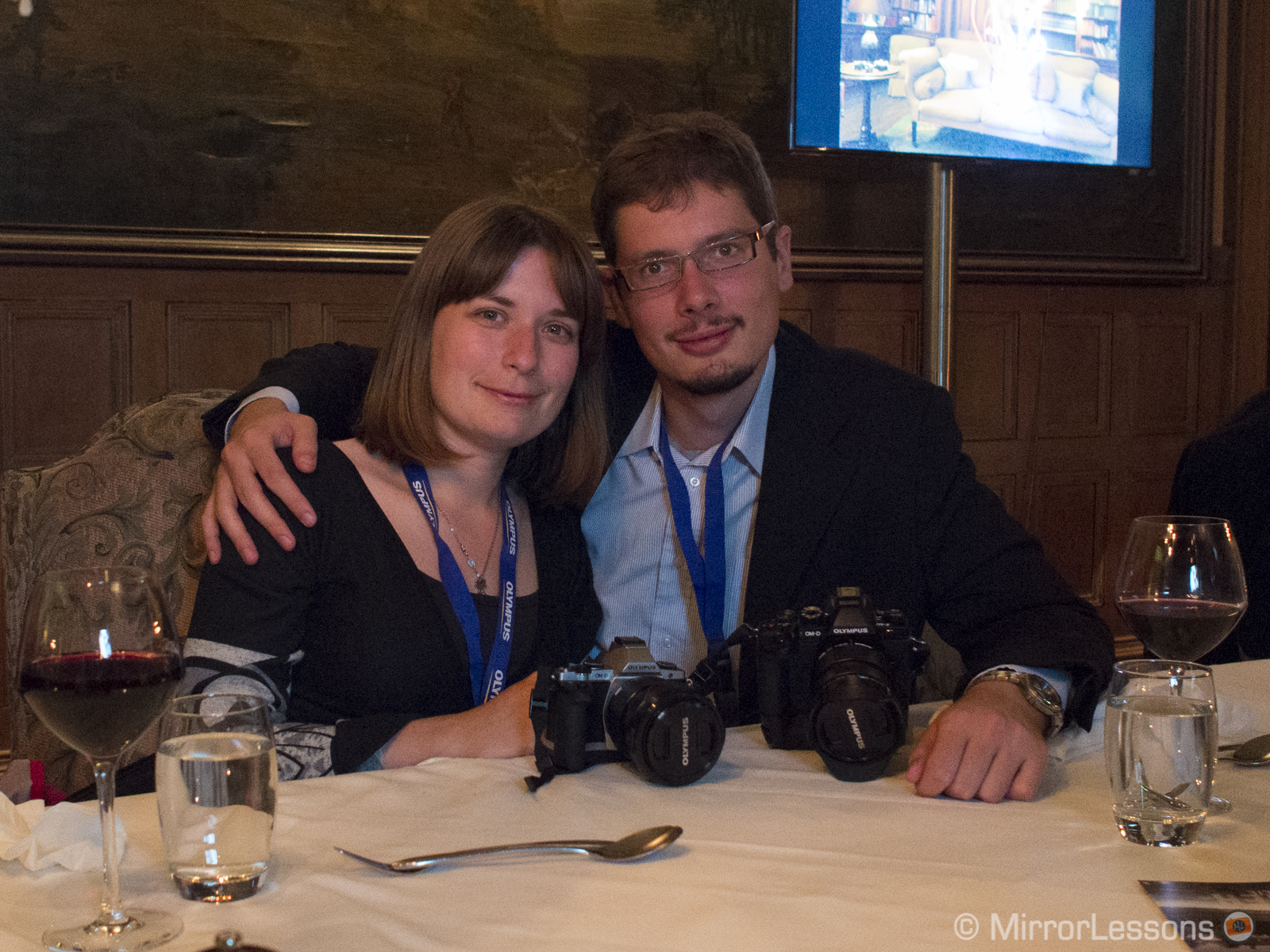 Huddled at the end of a higgledy-piggledy road that likes to call itself the town of Glaslough is a secret plentiful in lush greenery, tranquil lakes, serene walks and a castle so grand and well-preserved that one might think it belonged to the Monarchy itself.

It was here at Castle Leslie, one of the most handsome castles-turned-luxury resorts in all of Ireland, that Mathieu and I had our first meeting with the Olympus OM-D E-M1. This blog, MirrorLessons, was born with a review of the OM-D E-M5, so it only seemed right that the first big photography event we attended be in honour of the E-M5’s big brother, the E-M1. It was as if we had come full circle.

A 4:00 a.m. wake-up call in a budget hotel near Milan started our day, followed by a quick shuttle ride up the Malpensa airport, and a two hour wait for our first plane to Zurich. The 40 minute flight was an uneventful one, but our excitement truly began to build as we boarded our second plane to Dublin. The fact that we noticed other passengers carrying camera bags with Olympus written on them certainly didn’t help to quell the emotion either!

At the airport, we were met by an enthusiastic Olympus team that treated us to tea, coffee and a full Irish breakfast at an airport cafe. By midday, we were on our way to the castle, driving though an alternating mix of rain and shine, and some of the prettiest countryside we’d seen since Wales.

The rest of the Olympus team was waiting outside as we pulled up to Castle Leslie, greeting us with warm handshakes and friendly smiles. Waiters tempted us with further drinks and Irish dishes which, despite feeling rather full, we simply couldn’t refuse. It was the opportune time to introduce ourselves to our fellow Olympus-toting colleagues, many of whom we had met online but never in person. It was really nice to finally put some faces to names.

Then came the moment we’d all been waiting for–the presentation of the OM-D E-M1. We each received our own camera bag complete with the E-M1 camera body, the new 12-40mm lens, and an additional lens which was left as a surprise. As it turned out, I received the 17mm while Mat had the 45mm. The plan for the day was to follow a set course of checkpoints around the castle where we would learn about the new functions on the camera.

The first stop was a gloomy library where a professional light painter taught us how to use the Live View function. Essentially, this function allows you to create a long exposure and watch it develop on-screen. We gazed in awe as the painter drew ghosts with special flashlights onto his canvas of thin air. At one point, I volunteered to pose as a model. How do you like the final result?

We then took a turn outside into the courtyard where a beautiful Irish model was waiting for us under the arcade. She was accompanied by professional fashion photographer Ralph Man who uses the OM-D on the job. Though this checkpoint was brief due to the rain and cold, we each had a decent try at photographing her with and without a flash.

Moving inside once again, we were met by another lovely Irish model who was lit by an external flash.

I will admit that I was more interested in shooting with the 60mm macro lens Olympus employee Michael kindly lent me after observing my affinity for small details, but it was a beautiful set-up for those enthusiastic about flash photography, with large bay windows and French doors lighting up the setting even on the wettest of days. Here are a few photos Mathieu took while I was frolicking amongst the plants and insects!

Despite the emerging black rain cloud that hugged the edges of the estate, we continued down to Glaslough lake where a boat was waiting to take us to the other side. There we photographed equestrian riders galloping at full speed through the chilly waters. Mat used the 300mm, a 4/3s lens hugely disproportionate to the small body of the E-M1, and the Panasonic Lumix 35-100mm while I stuck with the 12-40mm for all my shots. This was an excellent chance to test the continuous AF of the E-M1 and I can say with confidence that its speed and accuracy did not disappoint.

You can see the full article about C-AF on the E-M1 here.

With the obligatory course over, we were then free to wander the estate and take some photographs of our own. Mat and I used this time to further test the C-AF at various burst rates (with and without tracking activated) and with various lenses. Since dinner time was drawing near, we scooped up the opportunity to ask the Olympus heads for a quick interview. To our delight they accepted, and we spent 30 minutes chatting to them about the E-M1, the state of the mirrorless camera market, and the future of Olympus. We were very pleased by the honesty of their answers and the genuineness with which they believe in the MFT movement.

You can read the full interview with Olympus here.

We had just enough time to change into our semi-formal clothes when the dinner began. It was a lovely three course meal featuring food typical of the region–melt in your mouth salmon, roasted sprouts, a creamy soup, slices of duck and salad, and a crumble to finish. Wine and beer flowed, as did the voices of satisfied photographers who, by this point, had all gotten to know one another well enough to joke and chat like old friends.

Finally, with our deadline of 23:00 fast approaching, we decided to dedicate the last hour to a high ISO battle between the E-M1 and the E-M5 using one of the castle rooms as our point of inspiration. I wasn’t feeling too well, so while I relaxed in the splendid Castle Lodge, Mat went back out to take some final high ISO shots and chat with the other photographers over a beer.

You can visit our first impressions article about the ISO performance of the E-M1 vs E-M5 here.

The bus was scheduled to pick us up at 11 a.m. the following morning to take us back to the airport. Thankfully, we had just enough time to ask Olympus Europe for a hands-on with the prototype of the upcoming 40-150mm f/2.8 PRO zoom lens from M.Zuiko, of which we had caught a glance during the E-M1 presentation. To say that we were impressed by its build quality and weight would be an understatement. Unfortunately, being a prototype, it couldn’t be tested for image quality and performance, and wouldn’t even attach to the E-M1.

During our six hour wait at the airport, we passed the time chatting to some other photographers who were leaving around the same time as us. Not only did our trip to Castle Leslie allow us to try this wonderful new mirrorless camera, but it also gave us the opportunity to forge new friendships as well.

If you are interested in seeing more photos from the event, have a look below at our miscellaneous gallery!

We send out our sincere thanks to the Olympus Europe team for organising and inviting us to such a beautiful event! Special thanks go out to Maria–we hope to see you again soon!