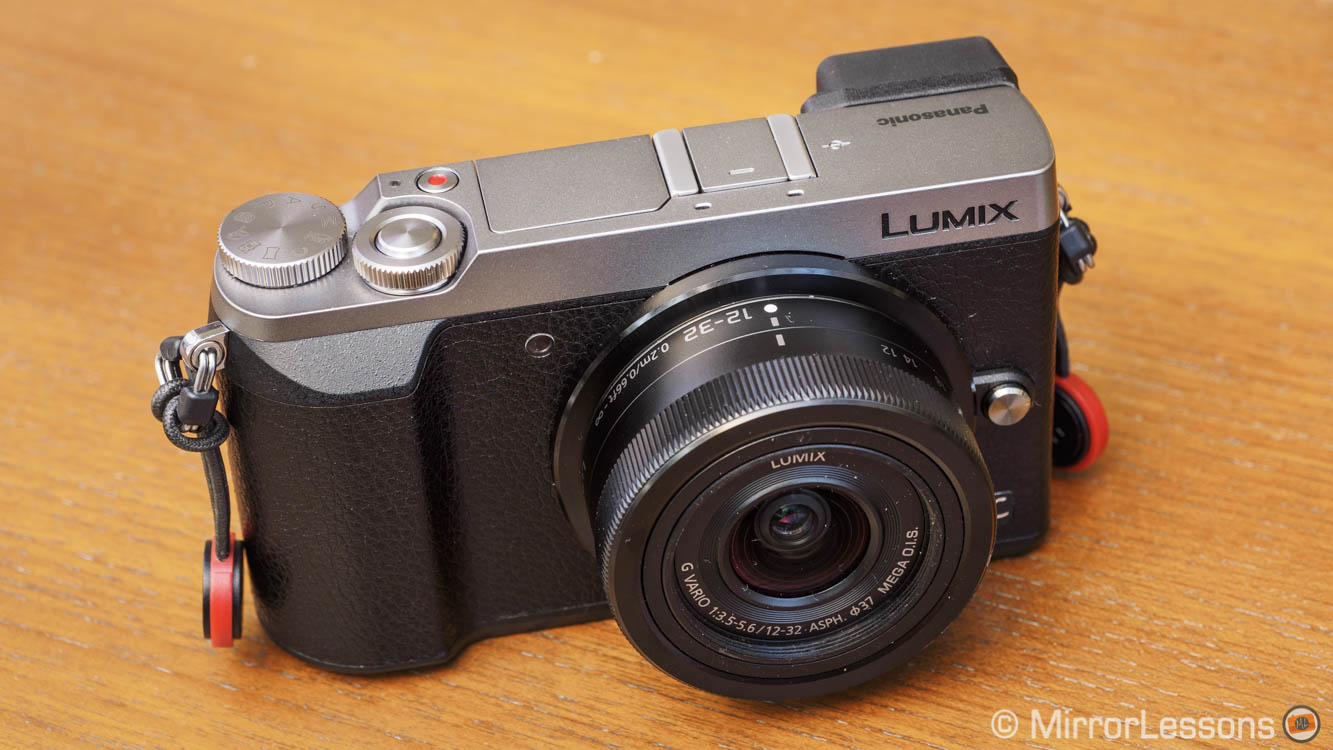 We received the Panasonic GX80 / GX85 for testing at the end of last week. Since it is still a relatively new camera, we decided to share our first impressions after shooting with it for a few days. Our complete review will be out in a couple of weeks.

Note: this new camera has different names depending on the geographic area. In Europe it is called GX80, in the United States it will be sold as the GX85 and if you live in Japan, you will find it as the GX7 mark II. I guess at Panasonic they like to make reviewers’ work even more confusing than it already is! Anyway, because we live in the UK, we will refer to it as GX80.

Unlike the GX8 which is a high-end model (our review here), the GX80 is the true successor of the GX7 released almost three years ago. The design and size are much more similar.

Despite its age, the GX7 is still one of our favourite Micro Four Thirds cameras. We like the small form factor, comfortable grip, good ergonomics and ease of use. I often used the GX7 for my event work alongside the OM-D E-M1 and for video shooting with the Lumix GH3.

There are a few things I already find myself disliking about the updated design of the GX80. The grip is less rounded and prominent and I find it less solid than that of the GX7. The top exposure dial has been re-positioned but it is still comfortable to access. The rear dial however isn’t as easy to reach when framing with the viewfinder. The AF/MF selector is gone unfortunately.

Speaking of viewfinders, I also miss the tilting EVF. It was a unique feature at the time of the GX7 launch and I’ve found it handy in some situations. It’s a shame that Panasonic got rid of it on the GX80 after implementing the same concept on the GX8. The EVF specs are the same as the ones of the GX7: field sequential LCD panel with a combined resolution of 2,764k (three RGB signals combined for each dot). The magnification is 1.39x (0.70x by 35mm equivalence).

The RAW files are not yet compatible with Lightroom but can be opened with the latest version of Iridient Developer. The GX80 has a new sensor that lacks an AA filter. Panasonic says it should resolve 10% more detail. If I compare the same image taken with the new camera and the GX7, it is almost impossible to notice any differences. We’ll perform more tests for the final review.

During the first days, I mainly focused on the new L.Monochrome profile. Black and white profiles are becoming more and more popular these days and I’ve been testing similar capabilities with the Olympus Pen F and Fuji X-Pro2. I was curious to see how well it would work on the GX80. I must say I like the results for now. There is a good range of grey tones, as well as excellent sharpness and detail.

You can choose between 4 different filter effects (yellow, orange, red, green). Panasonic explains that the new “L” profile has richer gradation comparable to B&W film. If we compare the two monochrome profiles (the standard monochrome and the new L.monochrome), we can notice that the latter applies more contrast.

The camera features Panasonic DfD technology for the autofocus system, which was first introduced with the GH4 and is now found on other Lumix cameras including the G7 and GX8. As with every Lumix camera, the AF is blazingly fast and reliable in most situations. In Continuous mode, I’ve always had mixed feeling about the DfD technology. It has its limit and the contrast detection technology can give you less consistent results. But the first tests taken with the GX80 are encouraging so far.

Then we have the image stabilisation system which might be the most important aspect of this camera. This is where Panasonic closes the gap with its direct competitor Olympus and might even surpass it because its new 5-axis stabilisation sensor works in conjunction with the optical stabilisation of Lumix lenses.

Note: 15 lenses are compatible with Dual IS. The list can be found here.

The sensor stabilisation and Dual IS stabilisation is effective for video as well (unlike the GX8) and that is the second great piece of news. You can choose to work with hardware stabilisation or also add electronic stabilisation (note that it will crop the image a little). We used the GX80 for a few of our YouTube videos and shooting the product shots hand-held works really well.

This might be the ideal camera for our video work at MirrorLessons.

It is a camera that allows you to work hand-held in most situations, delivers excellent video quality and has 4K, which is convenient for cropping in a 1080p timeline when doing video review.

Speaking of cropping, below you can watch a short video that shows how the new 4K Live Cropping works. You set a starting zone and an ending zone for panning, for zooming in and out or for both. You can use the rear dial or the touch screen to set the zone’s size and position. You can choose between 20s or 40s for the clip length. The output is Full HD at 1080p regardless of the range of zooming or panning you set.

In the video you can also see a few examples recorded hand-held with sensor and Dual IS.

Digital panning or zooming is something I used to do in Premiere Pro but it is quite fun to be able to do it in camera. If you use 4K a lot in a Full HD timeline to get two shots in one, it can be an excellent addition to your workflow. The only thing I noticed is that if the range of movement is too short, the footage can be a little jerky.

Other features have been added to this camera which we will test later on such as Light Composition (4K Photo option), Focus bracketing and of course all the other functionalities we find on most Lumix cameras.

As a final note, I really like the new mechanical shutter. It includes an electromagnetic drive and the sound is much softer and quieter in comparison to other Lumix cameras. It should also prove efficient against shutter shock and so far this seems to be the case.

Then I think about the price: this camera will sell for around $800 with the kit lens. I might have in front of me the best deal within the Micro Four Thirds system, if not amongst all mirrorless cameras.

Do you any questions about the camera while we are testing it? If so, make sure to leave us a comment below!